Places to see in Bhubaneswar 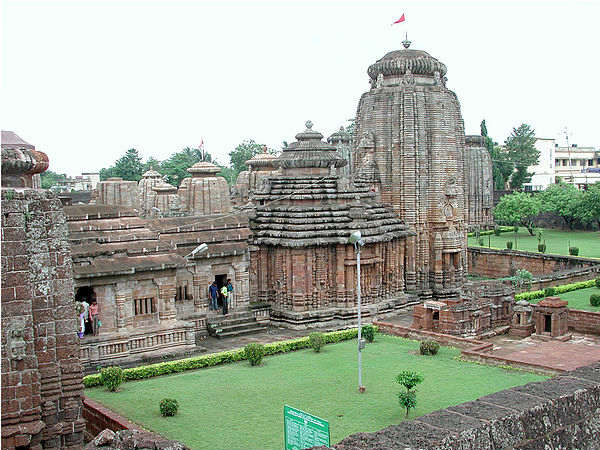 Wondering where to go this holiday season? Are you tired of hitting the beach destinations always? Then it is time you decided to explore, and what better way to start the expedition from Bhubaneswar. The capital of Odisha, Bhubaneswar is famous for its old temples and architectures. It is here that Emperor Ashoka fought the dreaded Kalinga War and therafter took up Buddhism on seeing the brutality of war. Tourists can explore these places and relive the history here. So let us set out to explore the places one can see while they visit Bhubaneswar.

One can travel to Bhubaneswar by plane as all major cities and airlines are well connected here. Similarly if one wishes to travel by the rail route then it too is well connected with the major cities. You can also drive here. Tourists would have to take the National Highway 5 which is the fastest route to here.

A 10th century Hindu temple dedicated to Lord Shiva. The Lingaraj Temple is described as the 'truest form of dream and reality'. The intricate carvings and the architecture leaves one dazed. The temple is strictly for Hindu's only.

The two hills of Udayagiri and Khandagiri have carved in them a Jain monastery. The caves are filled with beautiful carvings. The Rani Gumpha or the Queen's Cave is the largest and is well decorated. There is also the Hati Gumpha or Elephant Cave which showcases the King Kharavela's reign.

Dhauli holds an important place in history. It is here that Emperor Ashoka realised the brutality of war and thus, filled with remorse, took up Buddhism. The Shanti Stupa is located here and is a symbol of peace.

Thamizhpparithi MaariDating back to 10th century, the Mukteshwar Temple marks the important transition phase between the early and the later half of the Kalinga architecture. The highlight is the magnificent torana - the decorative gateway, an arched masterpiece, reminiscent of Buddhist influence in Odisha. This temple is considered to be the gem of Odishan architecture. The beautiful sculptures eloquently speak of the sense of proportion and perspective of the sculptor and their unique ability in the exact depiction of the minutest objects. Mukteswar means 'Lord of freedom'.

The zoo houses many a wild animals of which the noteworthy is that of the white tiger. There is a lake inside the zoo where one can go boating. There is a ropeway located here and the Botanical Gardens is adjacent to the zoo.

Bhubaneswar offers a few items to it's visitors in terms of shopping. One can purchase cloth items from the hand woven textile shops or wooden idols of Jaganath from small roadside shops.

Bhubaneswar has many multi-cuisine restaurants where one can have their food of choice, but then do not forget to try out the local cuisine as well. Take a trip to one of the local restaurants where food is served on a plates made by leaves. One will not only enjoy the food but will end up asking for more.

Read more about: bhubaneswar odisha
Other articles published on May 13, 2014
We use cookies to ensure that we give you the best experience on our website. This includes cookies from third party social media websites and ad networks. Such third party cookies may track your use on Nativeplanet sites for better rendering. Our partners use cookies to ensure we show you advertising that is relevant to you. If you continue without changing your settings, we'll assume that you are happy to receive all cookies on Nativeplanet website. However, you can change your cookie settings at any time. Learn more
Change Settings Continue