The Temple Of Enlightened Gods, Tabo 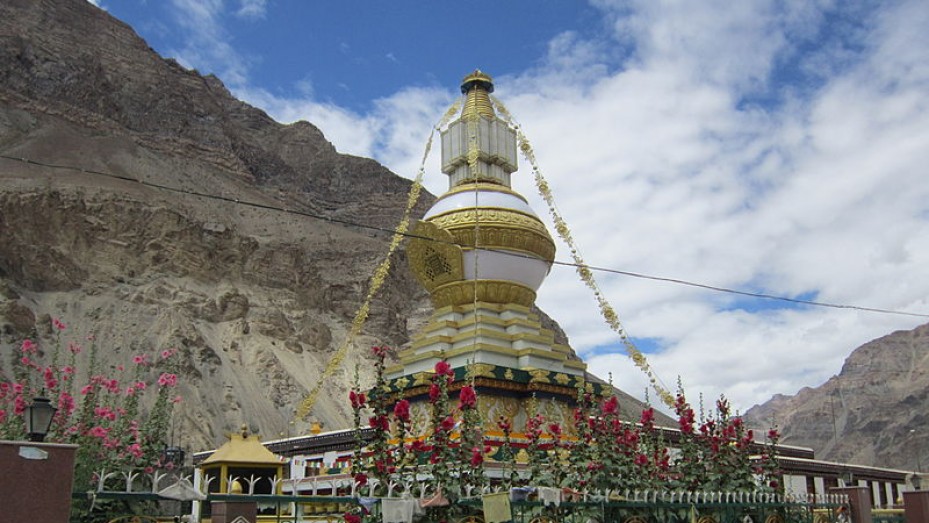 The Temple of the Enlightened Gods, also known by the name Tug-Lha-khang, is characterised by its large assembly hall, a sanctum and a vestibule. This temple is one of the many temples of the Tabo Monastery complex. A four-fold figure of the Vairocana, one of the five spiritual sons of Adibuddha or the primordial Buddha, is placed centrally in the assembly hall.

The statue is 2 m long and is shown rotating the Dharma-chakra (the wheel of law). Life-size stucco images, commonly known as the Vajradhatu Mandala, have stylised flaming circles around them and are placed on brackets along the walls.

Five Bodhisattvas or enlightened beings sit in the sanctum which is placed behind the assembly hall. The walls are adorned with paintings showcasing the life of the Buddha. It is believed that artists were brought in from Kashmir to work on the paintings.

The Temple Of Enlightened Gods Photos