Shirdi - The Birthplace Of Sai 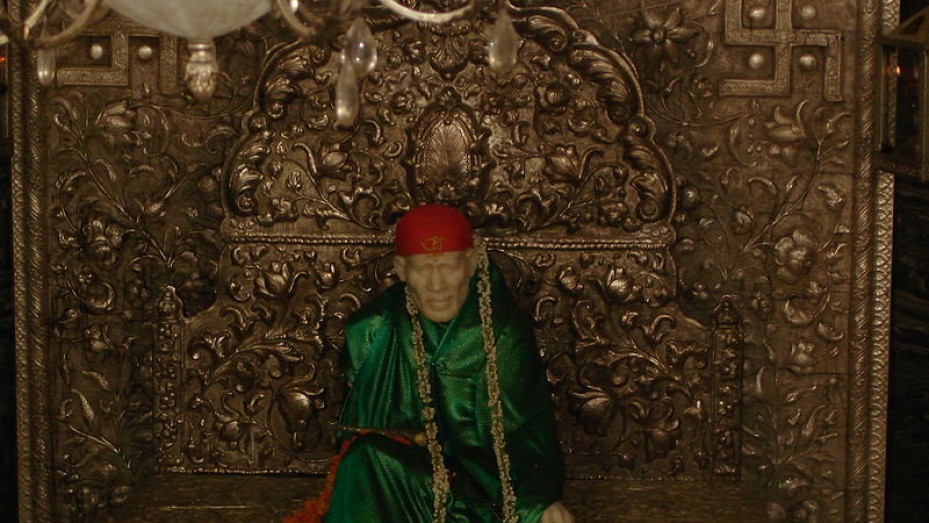 Shirdi is a quaint little village in the Ahmednagar district of Maharashtra, at a distance of approximately 88 km from Nashik. Today, it has transformed into a hustling pilgrimage centre.

Shirdi was the home of Sai Baba, the great saint of the 20th century. Baba lived in Shirdi for more than half a century, i.e., he spent more than 50 years of his life transforming this insignificant small village to a huge pilgrimage site, where devotees from all over the place used to come to visit him and offer their prayers.

The Abode Of The Mystical Sai

Sai Baba’s origin is known by none and a mystical enigma surrounds his birth details; however, he entranced everybody since the first time he appeared under a neem tree, at a nubile age of 16.

The saint devoted his entire life for the upliftment of the poor and the suffering. Sai Baba was famed as the Child of God as he was believed to be an embodiment of Lord Shiva. He spent his entire life at Shirdi preaching the message of universal fraternity and peace amongst all religions, often heard quoting – ‘Sabka Maalik Ek.’

Shirdi, then on, was thronged with visitors and believers, who travelled from every corner of the country, just to see his miraculous form with their own eyes. The great saint left for heavenly abode in 1918, and his samadhi is visited by lakhs of tourists even today.

The point where Baba came to Shirdi as a Bal Yogi is called the Gurusthan. Today, a temple and a small shrine are built in the same place. Another place of interest that was associated with Sai Baba in some or the other capacity includes the Dwarkamai Mosque, where Baba slept on alternate nights.

The Khandoba Temple, Sakori Ashram Shani Mandir, Changdev Maharaj Samadhi and the Narsimha Mandir are other places that attract tourists who visit Shirdi.

The Lendi Bagh is a small garden that was made and watered by Baba himself. Baba used to visit this place daily and rest under a neem tree. An octagonal deepgriha, lighthouse, called Nanda Deep was built in stone in memory of this place.

The small town of Shirdi brims with fragrance of devotional intensity, emanating from devotees from across the world. The hamlet is placed highly on the world map of spirituality. There also exist temples of other village deities, like Shani, Ganapati and Shankar, that must be a paid a visit.

Devotees generally start queuing up right from dawn to catch a glimpse and seek blessings from the life-size statue of Sai Baba. Thursdays is especially crowded, and is marked by a special puja and darshan of Baba’s statue.

The temple opens at 4.15 am daily with morning prayers and closes at 10.30 pm in the night with night prayers. It has an assembly hall with a capacity for about 600 devotees. The first floor of the temple has pictures depicting the life of the great saint and is open for observation. The streets of the holy town are full of shops which sell records of Sai Baba's life. Below are the timings of the pujas held daily in the temple.

This holy shrine can be visited at almost any time of the year; however, the monsoons are generally preferred, given the inviting climate the region has to offer during that period.

Visitors can plan their trip along the three main festivals celebrated in Shirdi – Guru Purnima, Dussehra and Ram Navami. During these festivals, uncountable devotees flock here and the whole atmosphere comes to life with vibrant bhajans and Rath Yatra that can be participated in. These are also the only days when the Samadhi Mandir of Shirdi is kept open for the entire night.

How To Reach Shirdi

The holy abode of Sai Baba is easily accessible by road, rail and air. The town is well developed and is connected by bus routes to Nasik, Pune and Mumbai. An airport is also being built in the vicinity, and this will only add to the comfort of travelling for the millions of devotees who fill in from all parts of the world.

By road, it is accessible via the Ahmednagar-Manmad State Highway No. 10 and is approximately 15 km away from Kopargaon, a small town in Ahmednagar.

Shirdi is Famous for

How to Reach Shirdi