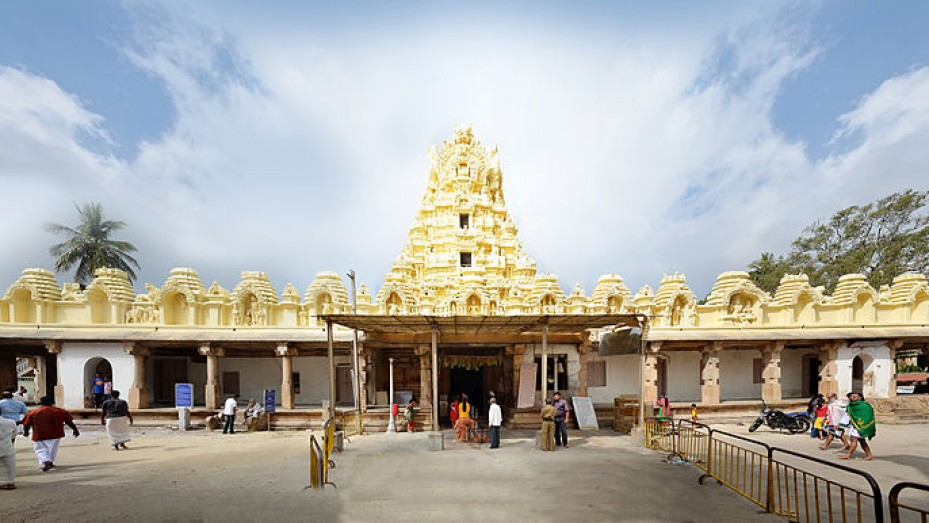 Built on rocky hills known as Yadavagiri or Yadugiri overlooking the Cauvery valley, Cheluvanarayana Swamy Temple is a famous pilgrim centre located in Melkote. The presiding deity is Cheluva Narayana Swamy, a form of Lord Vishnu. The temple is richly endowed, having enjoyed the special patronage of the rajas of Mysore.

Vairamudi Utsav, which is the chief annual celebration of the temple, is held during the months of March-April and is witnessed by lakhs of pilgrims. The temple premises also house the oldest Sanskrit college named Sri Veda Vedantha Bodhini Sanskrit Mahapathshala, which dates back to 1854.