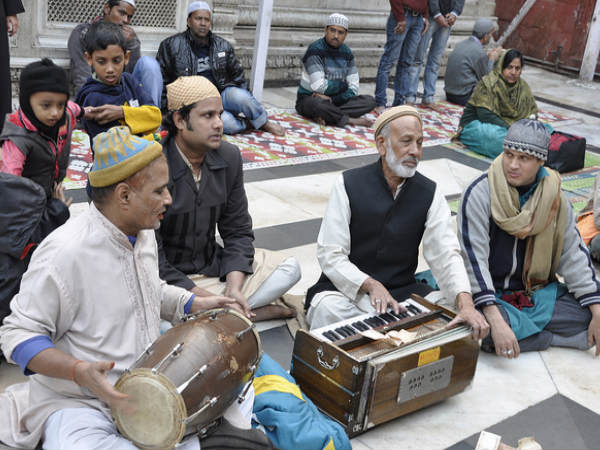 So you are in Delhi and you are done with the usual sightseeing. You have seen the Taj in Agra, tasted the Mughlai delicacies in Old Delhi and felt the tinge of nostalgia and romance in the ruins of the Qutub complex. So what else? Here is Native Planet's guide to offbeat tours of Delhi that will show you with a non-touristy side of Delhi.

Listen to Qawwalis at Nizamuddin Dargah

Nizammudin Dargah in South Delhi is the resting place of Hazrat Nizammudin Auliya, one of the most famous sufi saints in the world and attracts Sufi devotees from across the world. Head there on Thursdays to hear the soulful rendition of Sufi devotional songs (Qawwalis) in the courtyard of the Dargah. Surrounded by a bustling market, the Dargah is near Humayun's tomb.

Reach the place just as the sun sets and make it a point to dress conservatively. You need to remove your footwear before entering the courtyard. You don't need to pay any fees to anyone to let them keep your shoes for you although some of the shopkeepers around might insist on the same. Ignore them.

See the Street Life of Delhi

Street Children are sadly an integral part of all the major metro cities of the country but here is opportunity to know more about the lives they lead as you take 2 hour guided tour through the streets of Paharganj and the area near Delhi railway station. This tour is organized by the Salaam Balaak trust, an NGO that feeds and gives shelter to homeless children in Delhi, and aims to give voice to the unheard story of street children.

Visit the folk artists of Delhi

Underneath the Shadipur bus depot bridge in West Delhi lies a slum called Kathputli colony. However unlike other slums, this colony is home to magicians, jugglers, mime artists, acrobats, dancers, singers and more who have represented India at shows abroad. Mostly belonging to the lower caste have lead a hard life. Embark on the Art of Hope tour to see the life and struggles of these people as they fight to keep an dying art alive.

Not recommended for the faint-hearted, embark on a spooky tour of Delhi as you visit many of its blood soaked and embattled areas to experience an encounter with ones from another world. Go to the Khooni Darwaza (Bloody Gate) where the restless souls of three princes killed by the British are still seen going on their restless rounds or the Delhi cantontment area where a mysterious woman in white carrying a candle supposedly flags down cars in the middle of the night. Indian Paranormal Society and let's get Packing offer ghost tours.

Relatively unknown in Delhi, this ceremony is on the lines of similar ceremonies across the world, the most famous being at London's Buckingham Palace. Started in 2007, it happens on the premises of the Rashtrapati Bhavan every Saturday morning.  Here is more on where to stay in Delhi. It gets underway at 8 a.m. from March 15 to August 14, 9 a.m. from August 15 to November 14, and 10 a.m. from November 15 to March 14.

Read more about: delhi
Other articles published on May 12, 2014
We use cookies to ensure that we give you the best experience on our website. This includes cookies from third party social media websites and ad networks. Such third party cookies may track your use on Nativeplanet sites for better rendering. Our partners use cookies to ensure we show you advertising that is relevant to you. If you continue without changing your settings, we'll assume that you are happy to receive all cookies on Nativeplanet website. However, you can change your cookie settings at any time. Learn more
Change Settings Continue