10 things Kerala is Famous For 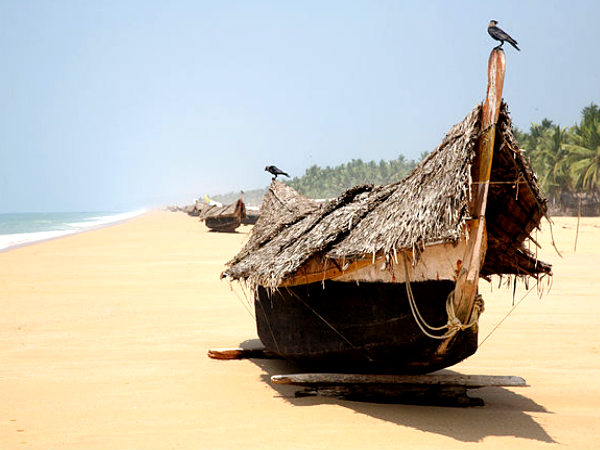 Whether you believe Kerala is 'God's Own Country' or not is up to you but after seeing the things which this coastal state has to offer, doubts, if any, should begin to melt away. Be it through the eco-tourism initiatives or simply by enticing tourists to its alluring natural charms of beaches, hill stations and backwaters, Kerala is simply too irresistible. Still, we venture with some measure of boldness to list ten things out of the many reasons that make Kerala famous.

Called the 'mother of all temple festivals', don't miss this spectacular temple(and elephant) festival in May this year. The highlight is elephant pageantry and procession.

The tourism industry of Kerala is its USP and and because of its eco-tourism initiatives, it is highly popular among foreign tourists too. Here is what to see in Kerala.

Kerala is synonmous with houseboats, which dot the famed backwaters of the state. Take a ride on these and experience the sights of Kerala in a new way.

A must-see for any traveller, this intricate and beautiful dance form, the most famous to come out from this state, along with vibrant makeup is a treat for the eyes.

Said to be the 'mother of all martial arts' , it is one of the oldest martial arts in existence and is said to be the precursor to Kungfu in China, which according to legend was taken to China by an Indian Buddhist monk Bodhi Dharma in the 5th or 6th century CE.

A traditional ritualistic dance form performed in Northern Kerala, Kannur district is known as the land of Theyyam. You can read more about traditional art forms of Kerala here.

Even if you did not consider the jaw dropping scenic beauty around, the beaches of Kerala like Kovalam, Kappad and Varkala would still provide you with enough reason to visit them.

Aranmula Kannadi (Aranmula Mirror) is a handmade mirror made out of a metal alloy instead of normal mirrors made out of glass in the Aranmula village in Kerala. They are considered one among the eight auspicious items or "ashtamangalyam" that make up a Kerala bride's trousseau. The exact metals used in making this mirror is unknown as it is supposed to be a family secret.

If you are in India, there is no way that the variety of cuisine will not amaze and captivate you. This is no different in Kerala. Three things that you must check out are the Thalassery Biryani, Mapllah Biryani and the sea food in Cochin.

Read more about: kerala
Other articles published on Apr 24, 2014
We use cookies to ensure that we give you the best experience on our website. This includes cookies from third party social media websites and ad networks. Such third party cookies may track your use on Nativeplanet sites for better rendering. Our partners use cookies to ensure we show you advertising that is relevant to you. If you continue without changing your settings, we'll assume that you are happy to receive all cookies on Nativeplanet website. However, you can change your cookie settings at any time. Learn more
Change Settings Continue