You Mustn’t Miss These 10 Places When In Kutch 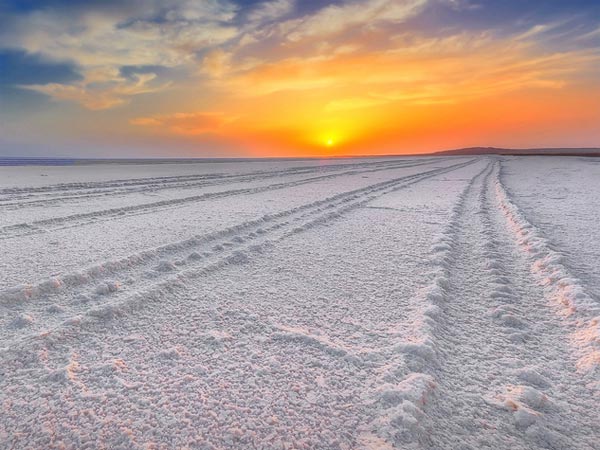 Nicknamed as India's Wild West, Kutch derives its name from Katchua which means a tortoise, owing to its appearance. Kutch covers an area of 45,674 sq km and is known as the largest district in India. It has 10 taluks and 939 villages.

Kutch has a shallow wetland which submerges in the water during monsoons and becomes dry and arid otherwise. The Rann of Kutch remains a wetland for a major part of the year. Therefore, there are not many dams built in this region.

Kutch is fed by the Narmada river flowing from Sardar Sarovar Dam. Bhuj is the administrative headquarter of Kutch. People of Kutch mostly speak Kutchi and Gujarati. Their food is predominantly vegetarian. Kutchi Dabeli is a very popular dish available here.

Kutch was badly affected in the 2001 earthquake. Bhuj, in this district was the worst hit, because the epicentre was only 20 km away from here.

Here is a list of the top ten places to see in Kutch:

Lakhpat was once an important port city, but for the last 200 years, it is a practically abandoned ghost town. The journey to Lakhpat is not easy. However, it is very rewarding in the form of the fort walls that were built in the 18th century.

This 7 km long wall was built by Fateh Muhammed. Lakhpat was a very important trade point connecting the Indus river to Gujarat. Due to the disastrous earthquake in 1819, Indus river changed its course and therefore, Lakhpat lost its lustre.

The tomb of Pir Ghaus Muhammad is an important attraction in Lakhpat. He was a follower of Sufi who dedicated his life to spiritual practice. He is said to have possessed supernatural healing powers. There are no lodging facilities in Lakhpat. It only has a gurudwara dormitory for accommodation.
PC: Aalokmjoshi

This museum founded by Maharao Khengarji in 1877 is the oldest museum in Gujarat. Earlier known as the Fergusson Museum, it houses the exotic Kutchi script, which is no longer used.

The museum has a collection of coins that were used during the 18th century. This museum also reveals about the life and history of the people of the Kutch region. The museum follows Italian Goth style of architecture and is constructed on the banks of the picturesque Hamirsar Lake.
PC: Nizil Shah

During the monsoons, the land is filled with water. Other times, the land is pure white till the eye can see. Rann Utsav is a very famous three-month long festival that hosts a lot of entertainment and activities. Do not forget to indulge yourself in a camel safari in the desert.
PC: Rahul Zota

Dating back to the first century AD, Siyot Caves are referred to as Kateshwar Buddhist Caves locally. They are five rock cut caves, which by the structure and architecture, suggest that it was a Shiva temple. Later, some seals and traces of Brahmi inscriptions suggest that this cave was in the possession of Buddhists.

Siyot Caves are a part of the Buddhist caves located near the mouth of the river Indus that was reported by the Chinese traveller Xuanzang in the seventh century. This site was hit badly during the 2001 Bhuj earthquake. It has now been repaired and restored.
PC: wikimedia.org

The sanctuary has three entry points, of which Bajana is the most easily accessible. Some of the other species found here are chinkara, hedgehog, fox, desert cats, jackal, wolves, blue bulls, etc. The Indian Wild Ass Sanctuary is also home to many birds that visit for nesting.
PC: Asim Patel

This is the largest natural grassland in India. Banni is home to 37 species of grass, and many species of animals and birds. 22 pastoralist communities live here, along with the indigenous Maldharis. Banni produces close to 1000,000 litres of milk every day from the famous Banni buffalo and Kankrej cattle.

Banni is also a breeding ground for these species. Banni is also known for Chir Batti which means Ghost Lights. This unexplained phenomenon has colour changing lights floating after 8 pm, ten feet above the ground. Banni has been plagued with the issues of salinity ingress and desertification.
PC: UdayKiran28

This sanctuary has 15 threatened wildlife species and has mostly desert vegetation. WWI has recognized it as one of the few existing habitats of the cheetah in India.

The most common animal and the flagship species of Narayan Sarovar Wildlife Sanctuary is Chinkara. Only those animals that are well adapted to the desert climate thrive here. Therefore, many animals found here cannot be seen anywhere else. Close to 184 different species of birds are found here.
PC: Pawar Pooja

The great Indian bustard is a large bird with a crane-like long neck and ostrich-like long legs. Locally called ghorad, it is mostly a ground dwelling bird.

The Kutch Bustard Sanctuary was declared a native home to the great Indian bustard in 1992. This bird has been classified under endangered species. This sanctuary is a unique place where one can spot these birds, which have become almost extinct in other parts of the country.
PC: Gujarat Forest Department

Legend has it that Kutch was ruled by a Naga tribe in the past. A queen of Sheshapattna, Sagai, joined hands with Bheria Kumar to rise up against Bhujanga Kumar, the last Naga chieftain.

The battle was won by Bhujanga Kumar, and he lived in this hill which came to be known as Bhujia Hill. He was worshipped by his tribe as snake god Bhujanga. There is a fort constructed by the Jadejas. This hill also houses the Bhujang Temple.
PC: Bhargavinf

This village is known for the temple dedicated to Ashapura Mata, the patron deity of Jadejas, who were the former rulers of Kutch State. Situated at a distance of 80 km from Bhuj, this temple was damaged in the 1819 earthquake and was rebuilt.

This 58 ft long, 32 ft wide and 52 ft tall temple was damaged again in the 2011 earthquake. It was restored shortly after. It is said that the Rao of Kutch used to offer 7 male buffaloes to the Goddess during Navratri. This practise has now been stopped.
PC: Raman Patel