Witness The Beauty Of Wildlife At These National Parks In Uttarakhand 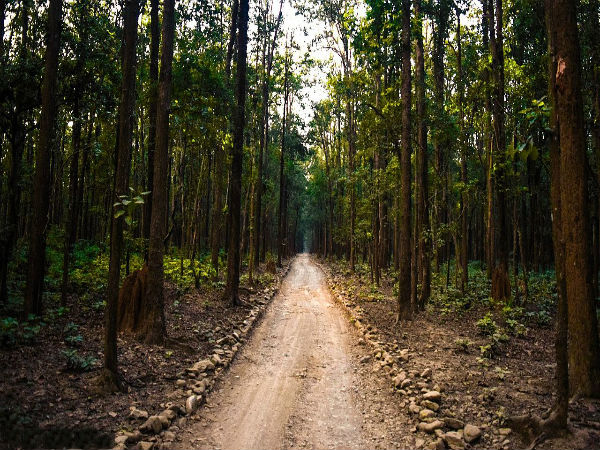 The state of Uttarakhand is well known for its natural beauty and is filled with Himalayan flora and fauna. Temples atop hills and serene villages which hide many of its beautiful secrets are common sights, which attract visitors to this land.

Uttarakhand is home to five national parks and eight wildlife sanctuaries and it comes as no surprise that the place's wildlife is the second most important factor which influences the inflow of tourists. These national parks are the natural abode of many beautiful and a number of endangered species of not only animals but also flora and fauna. Here are the five national parks of Uttarakhand which one must visit without fail.

Adjoining the Valley of Flowers is the Nanda Devi National Park; both together form the Nanda Devi Biosphere Reserve. Declared as a UNESCO World Heritage site, the park is divided into two parts: Inner Sanctuary and Outer Sanctuary.

The Upper Rishi Valley is often referred to as the Inner Sanctuary. The valley is home to the glaciers of Changabang, North Rishi and North Nanda Devi.

The glaciers of Trisul and Ramani form the Outer Sanctuary of the National Park. 114 bird species and 312 floral species, with 17 rare ones have been found here. Apart from these, the place is also home to the snow leopard, brown bear, Himalayan tahr and a number of other animals.

The national park is home to more than 25 animal species and 300 odd bird species. The region has a large number of elephants and other animals like tiger, leopard, Himalayan bear, wild boar, etc. and is also visited by a large number of migratory birds during the winter months.

The Gangotri National Park showcases a sprawling landscape of green meadows with snow-capped peaks forming the background. The national park is one of the most beautiful high-altitude wildlife sanctuaries in the country and one of the best locations for trekking in Uttarakhand.

The national park is home to 15 species of mammals and about 150 avian species. Some of the common ones here are the musk deer, Himalayan snow cock, snow leopards and the Himalayan tahr.

India's most well known and the oldest national park is the Jim Corbett National Park which is located in the Nainital district of Uttarakhand. Well known as a tiger reserve, the park is home to more than 300 odd Royal Bengal tigers and is one of the well known attractions of the state.

Established in the year 1936 as Hailey National Park, it was given the status of a tiger reserve and renamed as Jim Corbett National Park in the year 1956. The national park is divided into 5 zones, namely Bijrani, Dhikala, Jhirna, Durgadevi and Shela.

Amongst them, Bijrani is the most popular one and is also one of the best places to experience natural beauty and the chances of spotting a tiger is high.

Located at the meeting point of the Himalayan ranges, Zanskar, Western and Eastern Himalayas is the Valley Of Flowers National Park which is also a UNESCO World Heritage Site.

Named after the beautiful alpine flowers, the place is home to more than 650 species of flowers and is also the abode to high-altitude birds along with the endangered snow leopard, Asiatic black bear, red fox and many others.