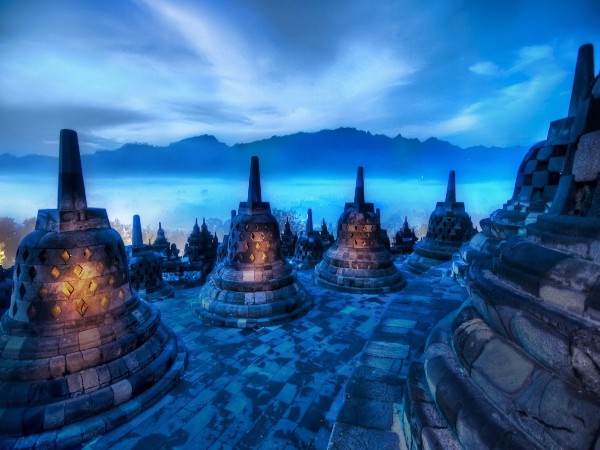 The phrase "winter vacation" might conjure up visions of time spent on the seaside laying out with a good book, sipping on hot beverages by the hill, or long drives with family and kids. However, we at Nativeplanet know that some of the most memorable and unique winter getaways don't need to be seaside or resorts to be unforgettable.

Here's a list of some of the great winter vacation ideas across India, from the mountains to the countryside to the city.

The Kullu valley in the northern state of Himachal Pradesh is far removed from the stereotype of India as a country of heat and dust. For many Westerners, the valley is merely part of the hippy trail, but to Indians, it is a highly productive agricultural area. Freshened by the glacial waters of the Beas River, the valley is home to a major apple-growing industry and is flanked by paddy fields.

Several operators offer guided tours tailored to meet all requirements and abilities, but a better experience may be gained by hiring a cook and a guide in Manali and venturing out in a smaller group. Engaging locals ensures that you will see the best the area has to offer. Kullu Valley is a safer option for trekking.

However, it is still possible to escape the crowds at higher elevations, where you can enjoy the fresh pine forests and the stunning mountain scenery. Walking over mountain passes and between remote villages, you cannot help but be struck by the beauty of the area.

Winter Vacation in South India: Cycle in the Cardomom hills

A cycling tour in the Cardamom Hills reveals India at its simple best. The slow pace of travel through these fabulously pretty hills on two wheels provides a vacation filled with exploration and discovery of an India that, through increased industrialization, is fast disappearing.

The Cardomom Hills form a long narrow chain at the southern end of the Indian subcontinent. Their ridge acts as the boundary between the states of Tamil Nadu and Kerala, extending from the Palghat Gap in the north and running 280 km (175 mi) to Cape Comorin in the south. Aside from the crop from which they take their name, the hills are renowned in the area and provide a wonderful gift for your sense of smell.

The region is also home to a wide variety of Wildlife, most notably elephants and some big cats and you will likely encounter the former. Cats however are shy of human contact, so the best chance of seeing them is in one of the local nature parks. The freedom gained by cycling, whilst allowing you to cover ground quickly, fits well with the surroundings. The Cardamom Hills are more accessible and have their unique charm.

A small group of mainly young volunteers run Cruta (conservation and research of Urban Traditional Architecture) and offer walking tours through the meandering streets of this great city. All the proceeds from these tours go to maintaining Kolkata's architectural splendour.

There are two main tours; the first is a short affair focussing on the city centre. Starting at Dalhousie Square, the visitor is taken around fifteen or so historical buildings, including the impressive Writers Building, the Town Hall, St John's Churchyard and the celebrated Metcalfe Hall. But for the taste of the 'real' Kolkata, the North Calcutta Walking Tour is a must.

Though there are slums and shantytowns, you will come across hidden gems on the streets. Several wonderful secluded courtyards as well as the House of Rabindranath Tagore and the Marble Palace stand out in this wild mercantile quarter.

Combined, these tours show the visitor both sides of this truly amazing city.

Winter Vacation Idea in Central India: Explore the source of the Ganges

There are times while making the climb towards the source of the Ganges when you wonder whether the two-day trek to Guamakh from Gangothri is worth it. As you climb up the steep hills, your mind is more focused on the ascent than on the astounding mountain scenery. But the Ganges is no ordinary river and to view its source is to witness the birth of the earthly manifestation of a god.

The forbiddingly beautiful Shivling Mountain hangs 6,453 m (21,470 ft) above the blue-green Gangotri Glacier, which marked the emergence of this great river. When looking at the Ganges here in its purest state it's hard to imagine how mighty and muddy this holiest of rivers will become downstream. To journey down it is not only to follow the path of a geographical feature but also to look deep into the heart and soul of India.

After journeying back to Gangotri you can travel by road to the hallowed cities of Rishikesh, Haridwar, Garh-Mukteshwar and Prayag, before finally arriving at the most sacred city in India - Varanasi. Once there, the true significance of this great river becomes apparent, as worshippers line its steps and magnificent temples, forming a procession along the riverbanks.