Why Kulang Fort In Maharashtra Needs Every Traveller's Attention? 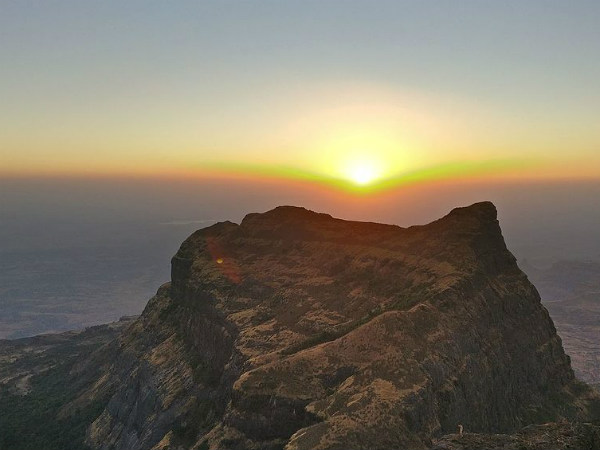 No district or city in Maharashtra is deprived of monumental forts, then how can Nashik be an exception? Do you know that the district of Nashik is home to around 20 forts? So, when you are getting such an amazing package within small boundaries, why not grab the deal and be on your journey of exploring them? Apart from their historical significance, these forts have also become popular amongst trekkers and campers due to their location atop hills. One amongst these beautiful forts is Kulang Fort.

How about starting your journey of exploring the fort of Nashik from Kulang Fort? If you are looking for a place above the plains where you can indulge in trekking, photography and exploring the history of Maharashtra, then plan a trip to Kulang Fort in Maharashtra now.

The region in and around Kulang Fort experiences hot summers and cold winters and hence, the best time to visit this monumental beauty is from September to December and February to March.

During this period, the climate is bearable and the surroundings are filled with lush greenery, thereby, producing a pleasant environment. You can also visit Kulang Fort during the monsoon season.

The History And Location Of Kulang Fort

The fort is located at an elevation of about 4825 feet in the Igatpuri region of Nashik and is one of the oldest forts in the region as its history dates back to the era of the Satavahana dynasty. It is believed that the fort was constructed during the Common Era by the later kings of the Satavahanas.

However, it was captured by several other rulers after the disestablishment of the dynasty. As per historical records, the fort has been under the reign of the Mughals, the Marathas and later on, the British Army.

Today, the fort is lying in its ruins and has become a weekend destination for trekkers and campers. How about getting yourself to this age-old beauty and exploring its history? You need to trek up the hill for about 3-4 h to reach the summit of the fort.

Why You Should Visit Kulang Fort

Do you love trekking? Do you love exploring history? If your answer to either of the questions is yes, then you cannot afford to miss Kulang Fort. Even though the trek is very easy, you can certainly gain a new experience of conquering a hill fort as you need to pass through a dense forest, rugged terrains and thrilling routes to reach its summit.

Have you ever had such an unforgettable journey? Upon reaching the fort, you can laze by its beautiful grassy lawns or small relaxing ponds and indulge in figuring out the history of the fort through its ruined structure. From the top of the fort, you can also behold the breathtaking beauty of nearby forts, such as Patta Fort and Mandangad Fort, and the panoramic views of the surrounding hamlets.

How To Reach Kulang Fort

By Air: The nearest airport from Kulang Fort is located in Mumbai at a distance of about 140 km. Once you have reached the airport, you can hire a cab to Kulang Fort located in Nashik district. It will take you an average time of 4 h to reach the fort from the airport.

By Rail: Nashik has a railway station of its own and is well connected to all other major cities and towns. Hence, you can catch a direct train to Nashik Junction and then from there, a cab to Kulang Fort. The distance between the fort and the railway station is 55 km.

By Road: Kulang Fort is easily accessible by road. However, you need to trek up the hill to reach its summit.

Comments
Read more about: india travel tourism maharashtra nashik forts hills mumbai
Other articles published on Jul 17, 2018
We use cookies to ensure that we give you the best experience on our website. This includes cookies from third party social media websites and ad networks. Such third party cookies may track your use on Nativeplanet sites for better rendering. Our partners use cookies to ensure we show you advertising that is relevant to you. If you continue without changing your settings, we'll assume that you are happy to receive all cookies on Nativeplanet website. However, you can change your cookie settings at any time. Learn more
Change Settings Continue