Nativeplanet
»
Travel guide
»Why Cochin Carnival Is The Place To Be On New Year's Eve?

Why Cochin Carnival Is The Place To Be On New Year's Eve? 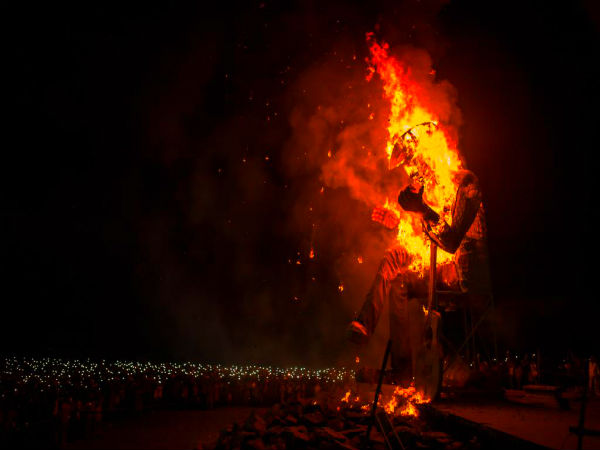 As tourists, most of us usually plan our holidays and vacations around exotic places during certain periods of the year; time has come to bring about a change in this trend. One should travel more in the unlikely months to discover the beautiful aspects of local festivals and fests.

One such destination to head to is Kochi, during the last week of December, to experience the vibrant Cochin Carnival. The Cochin Carnival is one of the hidden delights which needs to experienced; it is a great way for one to celebrate and bid farewell to the year that has been. It is all about beginning the holidays in style, merrymaking and feasting along with hundreds of people before stepping into the new year.

When Kochi Is Decked Up As A Bride

It is that time of the year when Kochi, fondly called the Queen of Arabian Sea, is all decked up like a bride for one of the biggest celebrations of the year. The whole place awaits it eagerly every year and it simply gets better year after year.

It usually begins from the 23rd of December and ends on the 1st of January; it is held in Fort Kochi. A combination of Christmas and New Year celebrations, it is double the joy and double the fun. An interesting custom which grabs everyone's attention during the carnival is the Portuguese custom of burning the effigy of Pappanji, or the old man, at the stroke of midnight every 31st December.

The custom began about 33 years ago, in the year 1984, when the figure of an aged, bearded European man was lit on fire at the beach. The local Jews had a similar custom, where they made an effigy of a minister and hurled stones at it for his cruelty against them. Similarly, effigies of Ravana are burnt here, during Dussehra. The custom symbolises the burning of all ills before new beginnings.

The carnival is officially inaugurated with the hoisting of the Carnival Flag at the Vasco Da Gama Square, which could be considered as going back to traditions of the Portuguese. Competitions, such as wrestling, boxing, cycle race, kayaking, swimming, tug of war, beach volleyball, etc., are major events of the festival.

The Fancy Costumes And The Colourful Procession

Dressed up in fancy costumes, people of all ages unite to burst out with enthusiasm and unstoppable energy. The highlight of the carnival is the huge procession on New Year's Day, which is led by a caparisoned elephant further accompanied by chenda melam, music and tableau that begins at 4 pm from the 70 ft road in Fort Kochi and culminates at the beach late in the night.

The huge banyan tree at Veli grounds is lit up during the festive season, making it the biggest Christmas tree of the town, which draws in a large number of people. All the houses and buildings in Fort Kochi wear a festive look with fairy lights and other colourful decorations. The Vasco Da Gama Square and the streets are filled with temporary stalls which sell souvenirs, artificial jewellery, traditional garments and much more.

By Air: The nearest airport to Fort Kochi is the Cochin International Airport at Nedumbassery, which is located at a distance of 37 km from here. The airport is well connected to major airports across the country, such as Bengaluru, Chennai, Mumbai, etc., and to a number of them abroad as well.

By Train: The nearest major railway station is the Ernakulam Junction which is located at a distance of 12 km from here. The station is well connected to major towns and cities across Kerala and to a number them outside the state.