Nativeplanet
»
Travel guide
»Where Is Sanjeevi Hill, The Mountain From The Ramayana? Learn About It Here

Where Is Sanjeevi Hill, The Mountain From The Ramayana? Learn About It Here 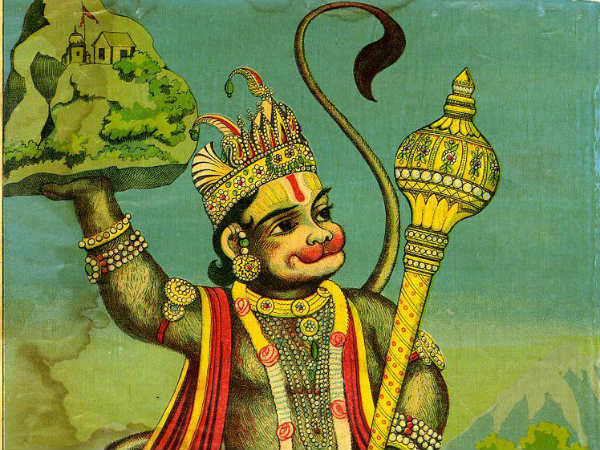 The Ramayana is one of the holiest texts in Hinduism and is also considered a path to achieve salvation. It reflects the entire life of Lord Rama, from his birth till his disappearance from the earth. If you are well acquainted with the stories of the Ramayana, then you must have heard of Sanjeevi Hill, the sacred mountain which saved the lives of many people during the war against demon-king Ravana. But do you know where Sanjeevi Hill is? If not, then you must read this article. Here, we discuss all the important points about Sanjeevi Hill, ranging from its history to its current location. Read on to know more about it.

The History And Significance Of Sanjeevi Hill

As per Hindu mythology, Sanjeevi Hill was a mountain in the Dronagiri Range of the Himalayas and was known as the home to medicinal and auspicious plants that were able to cure any disease and injury.

Therefore, when Lord Lakshman was badly injured and fell unconscious during the war against the demon-king Ravana, Lord Hanuman, on the instructions of Lord Rama, brought this mountain to heal his injuries. On account of the presence of auspicious plants, it has always been considered as a sacred site. It was also home to several sages and spiritual gurus in the past.

The Present Location Of Sanjeevi Hill

Well, did you ever wonder about the current location of Sanjeevi Hill? If not, then let us tell you that it is a famous destination in the state of Tamil Nadu and is visited by hundreds of tourists today. Currently, it is a part of Rajapalayam and is of natural as well as religious importance.

Murugan Temple located atop Sanjeevi Hill is a popular religious site here. As the region is home to dense forests, lush vegetation and serene environment, it also attracts several nature lovers who look forward to savouring a peaceful and calm atmosphere.

Other Parts Of Sanjeevi Hill

When Lord Hanuman was carrying Sanjeevi Hills on his palm and was flying towards Lord Lakshman to heal his unconsciousness, several parts of the hills fell down. These fragments grew over a period of time and converted into vast expanses of thick forests. Today, they are located in the Dindigul and Madurai districts of Tamil Nadu and are popular as Sirumalai and Sathuragiri Hills.

Why You Should Visit Sanjeevi Hill

Wouldn't you love to travel back in time and learn about Hindu mythology closely? If yes, then add Sanjeevi Hill as your next travel destination. As the region is blessed with thick vegetation, one can feel the nascent beauty of nature here and relish the essence of calmness. The region is also rich in several rare and endangered species of plants and animals.

If you love wildlife photography, Sanjeevi Hill will prove to be an ultimate destination for you. Other things which can be done here include trekking, camping and hiking. So, don't you think a trip to Sanjeevi Hill would be an amazing experience?

How To Reach Rajapalayam

By Rail: Rajapalayam is well connected to all other cities and towns by rail. Therefore, you can catch a direct train to Rajapalayam Junction. Once you have reached the station, you can hire a cab to the base of Sanjeevi Hill.

By Road: Rajapalayam is one of the significant towns in Tamil Nadu, and hence it has a good road connectivity. It is easily accessible by road.