Wettest Places in The World: List of Rainiest Places on Earth 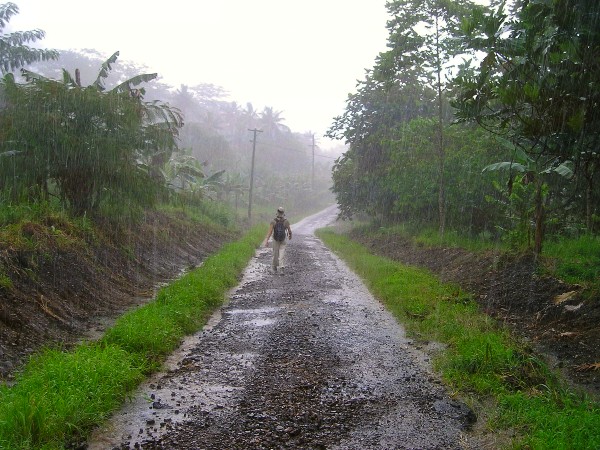 Planet Earth is one such big and beautiful planet with majorly four seasons, which are Winter, Summer, Autumn, and rainy season. Not all the parts of Earth are the same in terms of weather conditions. And of course, how can it be? It's not possible and hence we are blessed to enjoy different weather in different places so that if somewhere there are heat waves, we can travel to a cool place.

Here is the list of the wettest places in the World:

With an average annual rainfall of 11,871 mm, Mawsynram is the wettest place on Earth. This town is situated in the East Khasi Hills district of the Northeastern state of Meghalaya, India. It's also one of the most important rainforests in India, and it's home to one of the oldest rainforests in the world. The town is surrounded by mountains, and there are great views from the top of them.

With an average annual rainfall of 11,777 mm, Cherrapunji held the record of the wettest place on the Earth before Mawsynram, but now it secures the second spot in the list of wettest places in the World or rainiest places on Earth. Situated in the Meghalaya state of Northeast India, Cherrapunji sometimes receives non-stop rains, which last for 15 to 20 days can be seen in this region.

With an average annual rainfall of 11,770 mm, Tutunendo Colombia is located under Municipality in Colombia. The region is also known for its high agricultural production as this area receives two rainy seasons. Due to this, the Tutunendo has extreme warmth, lack of wind, and high humidity.

With an average annual rainfall of 11,516 mm, Cropp River is a river flowing for 9 km long and then joins Whitcombe River, which is a tributary of the Hokitika River in New Zealand.

With an average annual rainfall of 10,450 mm, San Antonio de Ureca which is also known as Ureka or Ureca is a small village in Bioko Sur, Equatorial Guinea, located 60 km south of Malabo. The town is surrounded by rainforest and wetlands, which makes it a perfect habitat for many different species of flora and fauna. The landscape is filled with lush greenery that provides shelter for many different kinds of animals including monkeys, birds, and snakes.