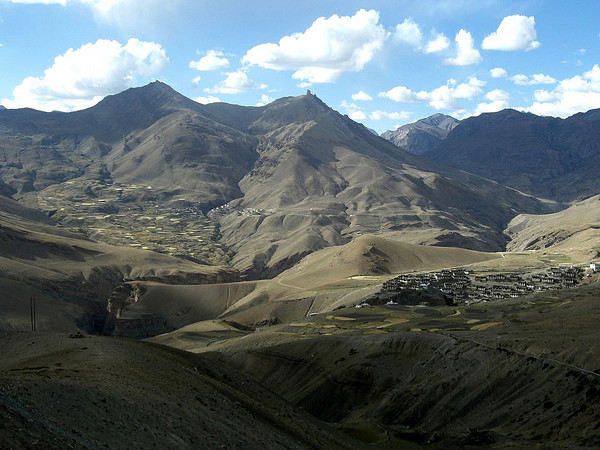 Manali, situated at an elevation of around 1950 mt above sea level, is counted among the most famous tourist attractions in Himachal Pradesh.

According to the Hindu mythology, Manali got its name from Manu, the lawgiver of India appointed by Brahma, the God of Creation. It is believed that Manu arrived in the region after 7 cycles of creation and destruction.

Manali is also considered to be the holy abode of 7 revered sages belonging to the Hindu religion. Here is a guide to some of the weekend getaways around Manali.

FREE COUPONS: Grab 50% Off on Hotel Bookings at Hotels.com

Mandi, also known as 'Varanasi of the Hills', is a well known district situated in the state of Himachal Pradesh. Located on the banks of the River Beas, the historic city of Mandi was earlier known as Mandav Nagar after the great Sage Mandav. Famous for its stone temples, the destination has more than 300 shrines devoted to the Hindu deities Shiva and Kali.

Keylong, popularly known as the ‘Land of Monasteries', is a beautiful sightseeing tourist destination of Himachal Pradesh. The exhilarating and archaic mountain ranges along with lush green valleys makes this one of the best places to visit. It offers visitors with the opportunity to visit several Buddhist pilgrimage centres. For the adventure junkies Keylong is a paradise as it offers various adventure sports like trekking, fishing, camping, paragliding, skiing and jeep safari.

Lahaul lies in the Indo-Tibetan border in the state of Himachal Pradesh. The natives have fair skin and hazel coloured eyes and are of Indo-Aryan and Tibetan lineage. Most of them practice Buddhism and religiously follow their customs and traditions. Prayer flags flapping over the monasteries are a highlighting feature of this place. All these shrines showcase the religious inclination of natives of this region.

Palampur, a hill town, is renowned for its magnificent landscapes and serene atmosphere. Dense forests of pine and deodar and crystal clear streams add to the charm of the place. The place is ideal for spending a quality vacation as it is unlike any commercial tourist spot. Resting at an altitude of 1220 mt above sea level, this place is a treat for nature and art lovers.

Spiti is a desert mountain valley in the north eastern part of Himachal Pradesh. With an average height of 3,810 mt above sea level, it is one of the least populated regions in India sparsely populated with villages and monasteries. Keep in mind, that you might experience altitude sickness due to the height of Spiti. Allow a few days to acclimatize and drink plenty of water to avoid dehydration.

Kangra is located at the meeting point of the Manjhi and Bener streams in Himachal Pradesh and is nestled between Dhauladhar Range and Shivalik Range. It is commonly known as Dev Bhumi, which means the abode of the Gods. In the Indian epic Mahabharata, Kangra is referred to as the Trigarta Kingdom. The city was ruled by numerous kings before it came under the British. Following the partition of the country in 1947, it became a part of Punjab, but was transferred to Himachal Pradesh in 1966.

Comments
Read more about: kangra bir mandi weekend getaways
Other articles published on May 12, 2015
We use cookies to ensure that we give you the best experience on our website. This includes cookies from third party social media websites and ad networks. Such third party cookies may track your use on Nativeplanet sites for better rendering. Our partners use cookies to ensure we show you advertising that is relevant to you. If you continue without changing your settings, we'll assume that you are happy to receive all cookies on Nativeplanet website. However, you can change your cookie settings at any time. Learn more
Change Settings Continue