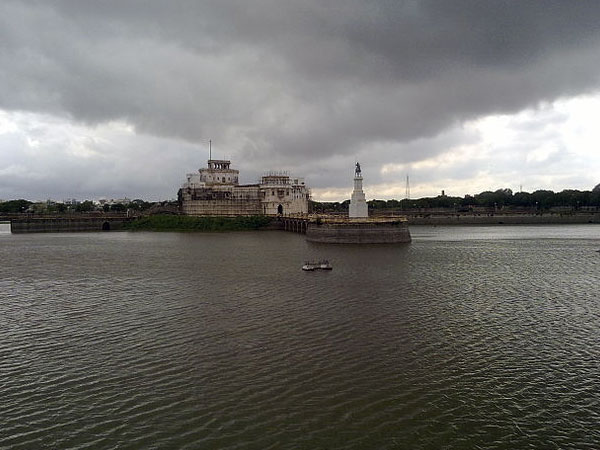 Here is a guide to some of the weekend getaways that you can head to around the city of Bhuj.

The word Kutch means 'island' in Sanskrit and refers to the fact that in ancient days, the deserts of Kutch were sunken by the Indus River flowing into the sea. This made the area separated from the mainland and submerged into a shallow body of water, more like an island. The Ranns became marshy salt flats that looke snowy white when the water dries up in the summer.

Situated at the banks of the River Machhu, Morbi provides a marvellous example of the fusion of traditional and the European style of architecture. The city has three gates, and from all these three, the city ofGreen Chowkcan easily be accessed. Right across the bridge is the Darbargadh or the Old Palace which has a beautifully carved front gate and has been currently converted into a Heritage Hotel.

Rajkot is famous as the capital of the former state of Saurashtra. Though no more a capital it has always had a glorious past and still is a favourite tourist spot due to the historic remains from the British era. The Watson Museum, the Lang Library, the Cannaught Hall, the Rajkumar College,Rashtriyashala and Khambhalida Cavesare some of the important places in Rajkot to visit.

Dholavira is famous because of the remains of the Harappan civilisation that have been found here. One of the important archeological sites of the Indus Valley civilization, it is located at the Khadir Bet island in the Rann of Kutch. Locally known as Timba Prachin Mahanagar Kotada, the main attraction here is the Harappan city that has been excavated.

Jamnagar was once a princely state called Nawananag and was established around the Ranman Lake that provided drinking water. It was later re-established by Maharaja Kumar Shri Ranjit Singh and was renamed Jamnagar. Today this blooming city is known for its many sanctuaries and lakes. It is a major tourist spot for bird lovers who travel here to see many varieties of migratory birds that come here during the winters.

Very few towns in Gujarat have the diversity that Junagadh has to offer travellers. Located at the foothills of the Girnar range, the city is said to have been founded by Chandra Gupta Maurya. Though much of the attractions have been ruined with the passage of time these have been well-maintained and is open for public and tourists to see. The city is known to have many relics of the Mauryan dynasty.