Visit These Beautiful Waterfalls In Bihar 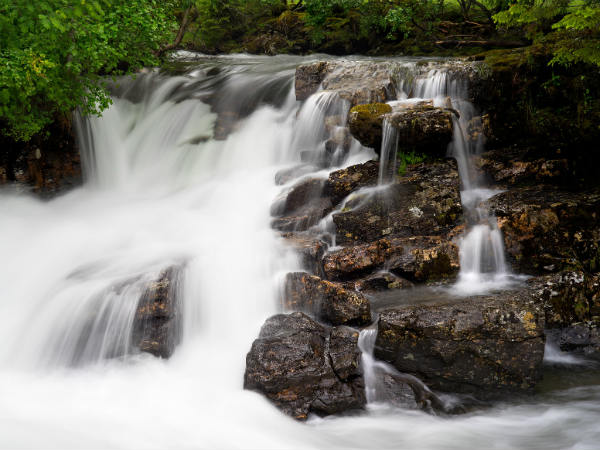 Have you ever explored the natural beauty of Bihar? If not, then you must consider planning a trip to its beautiful waterfalls, which are the natural splendours of the state. Even though Bihar is the least-discussed state when the talk is about forests, waterfalls, and other natural beauties, it is still visited by numerous natural lovers and wildlife photographers who come here to capture some unconventional photos of Bihar.

Apart from visiting its stupas and other ancient marvels, you must catch a glimpse of its natural beauty which is spread across the state. So, let's find out more about these beautiful waterfalls in Bihar.

Located in the Nawada district of Bihar, Kakolat Waterfall gushes down the hilly terrains from the height of 160 feet and creates a large pool at its base, which is the prime attraction of the waterfall. On summer weekends, this beautiful cascade remain crowded with local tourists and picnic lovers who come here to take a break from their busy regular life amid relaxing waters and soothing environment of Kakolat Waterfall.

It is also the place where Pandavas came and relieved the Treta Yug King from the curse of living a python life. Hence, it is believed that anyone taking a bath in the waters of Kakolat Waterfall will definitely be free from taking the birth in the form of snake. Isn't it an interesting place to savour? If you are looking forward to getting yourself rejuvenated, then Kakolat Waterfall is your calling this weekend.

Tucked away in the Kaimur Hills in the Kaimur district of Bihar, Karkat Waterfall is one of the most beautiful and popular waterfalls in the state. It is surrounded by dense vegetation, and diverse wildlife and hence, then region around the waterfall also houses Kaimur Wildlife Sanctuary, where you can spot several endangered and rare species of birds, animals and plants.

As the waterfall creates a huge reservoir, you can also go boating, swimming and fishing here. If you are looking for an exhilarating experience, then it is advisable to explore the grandeur of this majesty of nature settled in the form of Karkat Waterfall this weekend.

Another beauty flourishing in the Kaimur district of Bihar, Telhar Waterfall is a perfect stoppage to spend quality time with your family and friends this season. As the surroundings of this alluring waterfall are cool and pleasant throughout the year, it is a must-visit destination for you. One cannot merely afford to miss the captivating beauty of this unseen glamour of nature.

Telhar Waterfall is also popular amongst local tourists for its nearby places, such as Maa Mudeshwari Temple, which is believed to be one of the oldest temples in the region and is said to be visited by hundreds of tourists every year. You can also explore Karamchat Dam, which is another stoppage to savour the nature.

Situated near the historical site of Sarasam in the Rohtas district of Bihar, Manjhar Kund is mostly visited during the months of August and September when the reservoir of the waterfall at its base gets filled with immense water due to the heavy rainfall. If you desire to make your summer cool and refreshing, then you must take a break at Manjhar Kund and witness its magnificence.