Visakhapatnam To Yanam – A Weekend Getaway Like No Other 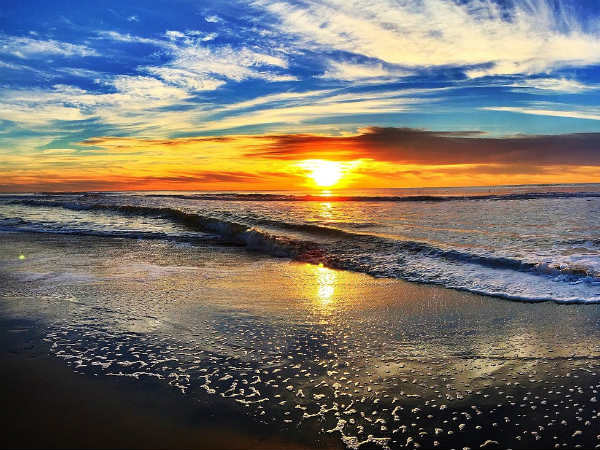 If you are looking for a weekend getaway from Visakhapatnam where you can savour everything, ranging from beaches to temples and parks to monuments, then you must a plan a tour of Yanam, a tiny yet picturesque town located in Pondicherry.

Even though it is settled far away from the major settlement of Pondicherry and forms an enclave in the East Godavari district of Andhra Pradesh, it still reflects the originality of Pondicherry, considering the fact that it has also been a French colony for centuries.

Today, Yanam is a popular weekend destination for local tourists who come here to enjoy its uncrowded beaches and legendary temples. So, how about a trip from Visakhapatnam to Yanam this season? Read on to know more about how to reach Yanam and its tourist spots.

Being a seaside town, Yanam experiences a hot and humid climate during the summer season and hence, it is one of the least-preferred weekend getaways during this period. The best time to visit Yanam is from November until the end of March when the climate is cool and pleasant letting you explore its beaches and temples comfortably.

How To Reach Yanam From Visakhapatnam

By Air: The nearest airport from Yanam is located in Rajahmundry at a distance of about 70 km. From the airport, you can either take a direct cab to Yanam or you can catch a bus to Rajahmundry town and then from there take a bus or cab to Yanam.

By Rail: Yanam doesn't have a railway station of its own and hence, you need to catch a train to Kakinada Junction. Once you have reached the station, you can hire a cab to Yanam.

By Road: Yanam is well connected to all other cities and towns by road and hence, it can be easily approached by road.

However, route 1 is preferable as it takes 1 h lesser in comparison to the other route. Hence, you can reach your destination within 4 h by route 1. On your way, you can also visit the following places, as they all have a lot of interesting spots to explore.

Even though there are not many places to explore within the boundaries of Nakkapalle, you can still enjoy your visit to this beautiful town, which is located at a distance of about 70 km from Visakhapatnam and 113 km from Yanam and is popular amongst tourists for Upamaka Cave Temple, a an ancient temple which is a famous pilgrimage centre in the region amongst the Hindus. There is also a beautiful lake located in the vicinity of the temple, which can certainly provide you with a serene and peaceful atmosphere. Isn't it enough to compel you to plan a visit here?

Another beautiful en route destination on your way to Yanam, Kakinada is famous for its beaches and temples. Even though it is one of the major urban centres in Andhra Pradesh, you can still find its natural beauty intact and unblemished.

This is the major reason you should take a break at Kakinada. The prominent places here include Kakinada Beach, Sarpavaram Temple, Archaeological Museum and Gandhinagar Park. Kakinada is situated at a distance of about 152 km from Visakhapatnam and 32 km from Yanam.

Yanam is located at an approximate distance of 182 km from Visakhapatnam and hence, it is easily accessible, which in turn, makes it a preferable weekend spot for local tourists. Apart from exploring this French colony through its historical sites, you can also visit its beautiful beaches and ancient temples for which it has become a popular tourist spot over a period of time. Following are the major places which you shouldn't miss on your visit to Yanam.

Built during the 15th century by the Chalukyas, Venkanna Babu Temple is one of the highly revered temples in Yanam and is popular amongst tourists for its unusual idol which has a big moustache. It is also one of the few ancient temples in India where child marriages have been occurring for centuries. Even today, the temple is a major site for child marriage and people from all over the nearby states come here to get their children married.

Another significant temple in the surroundings of Yanam, Draksharamam Temple is one of the oldest temples in the region and is dedicated to Lord Shiva in the form of a linga. Due to its historical significance, it is a popular pilgrimage destination amongst Hindus. Hence, every year this temple witnesses devotees in millions. The lush green surroundings of the temple, which include gardens, help in maintaining a peaceful and unpolluted environment within the temple.

One of the most popular tourist spots in Yanam, Rajiv Gandhi Beach is a perfect place for picnickers, beach lovers and photographers. How about getting yourself here and lazing by its dazzling waters and sparkling sand?

Coringa Wildlife Sanctuary is located at a distance of about 18 km from the core settlement of Yanam and is an ideal stoppage to savour rich nature and diverse wildlife. From spotting mangrove forests to witnessing rare species of birds, there is a lot to do here. Established in the year 1978 and spread over an area of about 235 sq km, Coringa Wildlife Sanctuary should be on your bucket list if you desire to spend some quality time amid unpolluted nature.

Apart from all the above-given places, you can also visit Grand Mosque, Catholic Church, Sivalayam, Pithapuram and Godavari river.