Nativeplanet
»
Travel guide
»Visakhapatnam To Puri – Get Immersed In Spirituality

Visakhapatnam To Puri – Get Immersed In Spirituality 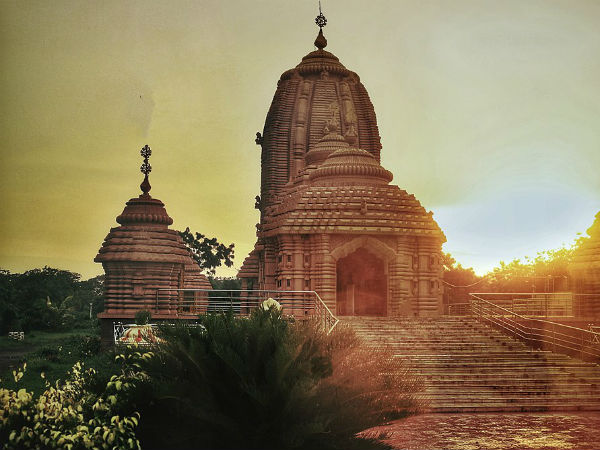 The spiritual city of Odisha, Puri is one of the most frequented places in India when it comes to pilgrimage destinations and religious sites. As it home to one of the Char Dhams in India, i.e., Jagannath Temple, it is considered by many as a place where one can achieve salvation in life. Therefore, it is visited by millions of Hindu devotees and other seasonal tourists every year. Even though the history of this beautiful city dates back to the period before the Common Era, it is popular only for its religious sites and a few natural places, especially as the place where the world-popular Puri Rath Yatra takes place every year.

Rath Yatra, one of the highly revered Hindu festivals in the world, is attended by millions of people from all over the world. During this festival, the deity of Lord Jagannath is taken out from the main temple and is kept in Gundicha Temple for nine days. Have you ever witnessed this grand celebration? If not, then plan a trip to Puri now and savour the beauty of its peaceful atmosphere.

With a moderate and tropical climate, Puri maintains a bearable weather throughout the year. However, during the summers, the weather is hot and humid, due to which most of the tourists coming from other cities and states do not prefer visiting Puri during this season. The best time to visit is from September until the end of April. If you are looking to savour the beauty of Puri Rath Yatra, then it is advisable to visit Puri during the months of June and July.

How To Reach Puri From Visakhapatnam

By Air: The nearest airport from Puri is located in Bhubaneswar at a distance of about 60 km. Once you have reached the airport, you can hire a direct cab to Puri. It will take you an average time of 2 h to reach Puri from Bhubaneswar by road.

By Rail: Puri has a good rail connectivity and hence, you can catch a train from Visakhapatnam to Puri. It will take an approximate time of 8 h to reach your destination.

By Road: You can easily access Puri by road as it has a good network of roads. You can either take a direct bus from Visakhapatnam or start on your own.

Once you are on your way, you can take a break at the following places and explore their beauty.

How about starting your spiritual journey before you enter the boundaries of Puri? Yes, if you are looking for a place on your way where you can relax amidst a peaceful environment, then Srikakulam is a perfect en route destination for you. Located at a distance of about 116 km from Visakhapatnam and 328 km from Puri, this ancient town is famous for its temples and other religious sites.

However, it is also home to several natural beauties in the form of beaches and parks. Wouldn't you love to take a break here when you are getting a commendable deal of beautiful spots? The major places here include Arasavalli Sun Temple, Kallepalli Beach and Srikurmam.

Where else other than the banks of a lake can you find a peaceful aura? So, do not forget to visit Chilika Lake and explore its beauty on your way to Puri. Chilika Lake is located at a distance of about 130 km from Puri and 315 km from Visakhapatnam and is an ideal spot to get lost in the ecstasy of nature.

The presence of a favourable climate with a cool breeze makes this pristine lake a must-visit spot in Odisha. You can also spot several species of migratory and indigenous birds here. Hence, it is also a weekend destination for photographers and bird-watchers. After all, it is the largest coastal lagoon in India.

Puri is located at a distance of about 445 km from Visakhapatnam and hence, one can easily access it. Even though most of the tourists visiting this spiritual city tend to explore its temples and religious sites, it is still a perfect destination for seasonal tourists and weekend travellers also, as there is a lot to explore within its boundaries. Following are the major places in Puri which one cannot afford to miss at any cost.

Do we really need to tell whether you are supposed to visit Jagannath Temple? Certainly not! How can you miss visiting this most valuable splendour of Puri which is also the backbone of Odisha's tourism? The temple is dedicated to Lord Jagannath, a form of Lord Vishnu, and is one of the Char Dham pilgrimage centres in India.

Puri Beach is the major reason behind the popularity of Puri amongst all kinds of travellers. If you are done with exploring the history of its temples and have experienced its spiritual atmosphere, you can visit Puri Beach and relax amidst its sparkling sand and soothing waters. If there is any perfect place in Puri where you can actually surrender yourself to nature, then it is certainly Puri Beach.

Another ancient marvel, Lokanatha Temple is dedicated to Lord Shiva and is said to have been established by Lord Rama himself thousands of years ago. Hence, it is one of the significant temples in Odisha and is frequented by Hindu pilgrims from all over the country.

Another important thing to do while in Puri is visiting its Pancha Tirtha. These are basically five bathing places in Puri which are believed to wash away your sins once you take a dip in their sacred waters. These spots include Indradyumna Tank, Markandeya Tank, Swetaganga Tank, Swargadwar Sea and Rohini Kund.

Apart from all these places, you can also enjoy the beauty of Gundicha Temple, Gandhi Park, District Museum and Raghunandana Library.