Visakhapatnam To Machilipatnam – Explore The Cultural Beauty Of Andhra Pradesh 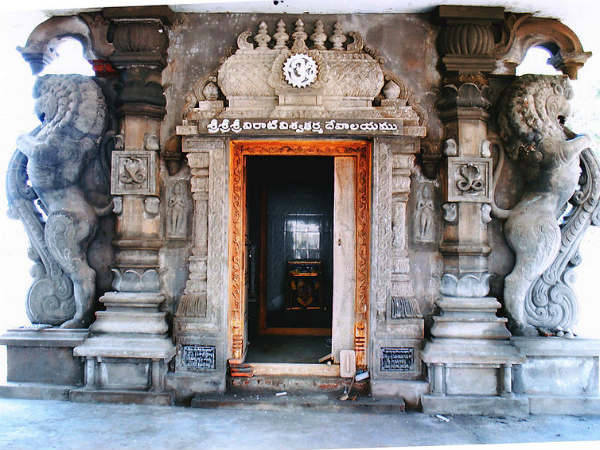 Machilipatnam is one of the few weekend getaways from Visakhapatnam, where you can actually learn about the history, culture and lifestyle of Andhra Pradesh. Once a trading port in the 16th century, it has become a tourist spot today and is visited by thousands of offbeat travellers and local tourists on an average.

So, how about visiting this age-old settlement which is recognised for its beautiful markets, ancient temples and several other natural sites? If you are looking for a historic town in Andhra Pradesh to dive deep down the layers of time, then you must consider planning a trip from Visakhapatnam to Machilipatnam now.

Due to its tropical savanna type of climate, Machilipatnam experiences extremely hot summers. Therefore, the best time to visit Machilipatnam is from October until the end of March as during the period the weather is favourable due to bearable temperature conditions. However, for Hindu devotees, history lovers and the locals, the tourist spots of Machilipatnam remain a year-round destination.

How To Reach Machilipatnam From Visakhapatnam

By Air: You can catch a flight from Visakhapatnam to Vijayawada Airport, which is located at a distance of about 65 km from Machilipatnam. It will take you an approximate time of 1 h 30 min to reach your destination from the airport by road.

By Road: Machilipatnam has a good road network and therefore, you can easily access it by road. You can either take a direct bus from Visakhapatnam to Machilipatnam or drive on your own. If you are driving on your own, you can take the following routes:

It is advisable to take route 1 as it will take an approximate time of 7 h 30 min to reach your destination, i.e., half an hour lesser in comparison to the other route. Once you are on your way, you can take a break at the following places which are also home to numerous tourists spots, ranging from natural marvels to historical sites.

Located on the banks of Godavari river at a distance of about 190 km from Visakhapatnam and 170 km from Machilipatnam, Rajahmundry is a historical town which is believed to have been founded during the period before the Eastern Chalukyas and is popular for its age-old culture and traditions. Hence, it is also known as the Cultural Capital of Andhra Pradesh.

Home to several temples and ancient monuments, Rajahmundry is a perfect en route destination if you love exploring the history and culture of any place. The most prominent places to visit here include Godavari River Beach, Kotilingeshwara Ghat Temple, one of the 55 Shakti Peethas, Dowleswaram Barrage and Cotton Museum.

Unknown to many, Eluru is one of the oldest cities in Andhra Pradesh and was founded during the 2nd century, when it served as the capital of Andhra region. Ruled by several dynasties, ranging from Salankayanas to the Kakatiyas, Eluru is settled on the banks of Tammileru river and is known amongst tourists and locals for its historical significance.

Hence, you can find a lot of historical sites within its boundaries. It is also home to several natural gardens and parks, which in turn, help in maintaining a pleasant environment. If you are planning to take a break at Eluru, then the major places which you should not miss include Brindavan Gardens, Eluru Buddha Park, Kolleru Lake and Eluru Fort. Eluru is located at a distance of about 290 km from Visakhapatnam and 70 km from Machilipatnam.

Machilipatnam is situated at a distance of around 360 km from Visakhapatnam, in the Krishna district, and is a popular weekend getaway amongst locals, especially history lovers. As per records, the history of Machilipatnam dates back to the Satavahana dynasty during the 3rd century BCE. Following are the major things which you can do at Machilipatnam.

Contemplate The Grandeur Of Manginapudi Beach

Wouldn't you love to get yourself to an uncrowded beach and savour the beauty of nature without any disturbance from regular tourists? Manginapudi Beach is one of the most visited tourist spots in Machilipatnam and is located at a distance of about 11 km from the city centre. Hence, it is easily accessible.

Markets are the perfect stoppages which describe the lifestyle and culture of any place. Therefore, if you are looking forward to learning about the age-old culture and lifestyle of Machilipatnam, you must catch a glimpse of its beautiful markets. From purchasing handicrafts to tasting the local cuisine, there is a lot to savour here.

It is rightly said about age-old places in India that one cannot merely find out about their history without taking a sneak peek into their religious sites and temples. And Machilipatnam is no exception here. The major temples include Panduranga Swamy Temple, Agastheeswarar Temple, Dattashram and Lord Shiva Temple.