Visakhapatnam To Lambasingi – To The Kashmir Of Andhra Pradesh 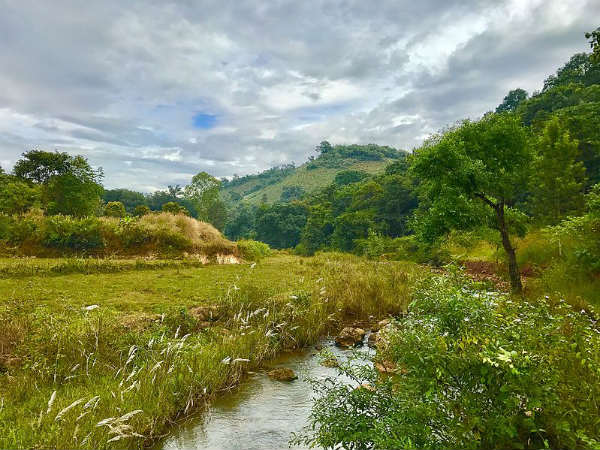 Settled wonderfully in the Chintapalli region of Andhra Pradesh, Lambasingi makes for a perfect weekend getaway from Visakhapatnam for every tourist and traveller. Hence, over a period of time, it has become immensely popular amongst locals for its untouched and stainless beauty. Due to the presence of lush greenery, beautiful hills and relaxing streams, this mesmerising hill station is also known as the Kashmir of Andhra Pradesh.

Such is the natural setting of Lambasingi that it looks like a slice of paradise on earth. Wouldn't you love to witness such an amazing masterpiece of nature? If yes, then you must plan a trip from Visakhapatnam to Lambasingi this weekend. Due to its close proximity, it is easily accessible by road.

Do you know Lambasingi is also one of the coldest places in South India? Isn't it an alluring fact? Well, certainly it is. So, don't be late and explore this secret beauty now before it gets mainstream. Read on to know more about how to reach Lambasingi and its tourist spots.

Being a hill station in Andhra Pradesh, the region in and around the hills of Lambasingi maintains a cool and pleasant climate and hence, it is a year-round destination. However, the best to visit Lambasingi is from September until the end of April, as during this period the environment is filled with the best of lush greenery.

How To Reach Lambasingi From Visakhapatnam

By Air: The nearest airport from Lambasingi is located in Visakhapatnam and hence, there is no way to reach Lambasingi by air if you are starting your journey at Visakhapatnam.

By Rail: The nearest railway station from Lambasingi is located in Chintapalle at a distance of about 20 km. Once you have reached the station, you can hire a direct cab to Lambasingi. It will take you a maximum time of 1 h to reach your destination from the station.

By Road: Lambasingi has a well-maintained road connectivity and hence, you can easily reach it by taking a direct bus or hiring a cab.

As route 1 is the fastest and will take an approximate time of 2 h 30 min only, i.e., half an hour lesser in comparison to the other route, it is advisable to take route 1. On your way, you can also explore Anakapalle, the suburb of Visakhapatnam.

Located at a distance of about 25 km from Visakhapatnam and 76 km from Lambasingi, Anakapalle is a perfect en route destination, as there are a lot of tourist places to explore within its boundaries. From rock-cut caves to lakes and river beaches to other historical monuments, Anakapalle offers its visitors a wide range of attractions.

Located on the banks of Sarada river, the history of this beautiful city dates back to thousands of years and hence, it is home to numerous historical sites. The major places here include Bojjannakonda, Sarada river beaches, Kondakarla Lake and Suryanarayana Temple.

Characterised by hills, valleys, streams, waterfalls and grasslands and blessed with a boisterous weather, Lambasingi is all set to amaze you. Even though it is mainly visited by trekkers and picnickers, there are still a lot of other things which one can savour within its boundaries. Following are the prominent things which one must do when in and around Lambasingi.

Trek Up Its Lush Green Hills

When life provides you with hills, go trekking. Certainly, there is no other way to savour the beauty of hills other than trekking, when you gradually move towards the peak while enjoying beautiful vegetation and an untouched atmosphere. So, when you are in and around Lambasingi, do not forget to trek up its charming hills covered with lush greenery.

Who wouldn't love to spend a relaxing time amidst fresh nature away from the noisy environment of cities? We all do, right? So, if you are one amongst these campers, then Lambasingi is a perfect place to pitch your tent. The presence of grasslands and a cold weather will certainly help you get an everlasting experience.

Kothapalli Waterfall is a newly discovered waterfall and hence, it is visited only by locals and a few offbeat travellers. Therefore, it is the best place to get lost in the ecstasy of nature. The melodious sound of water as it gushes down and gets mixed up with the hush of nature results in producing a soothing aura, which will eventually lead you to the world of bliss. It is also a beautiful place for meditation.

You can also visit nearby Thajangi Reservoir and go boating in its soothing waters. It is a perfect spot for picnickers. Surrounded by hills with a blue backdrop of the sky, this enchanting place allures several photographers too. So, what do you think of planning a tour of this wondrous beauty?