Visakhapatnam To Bhubaneswar – Promenade The Lanes Of The Bygone Era 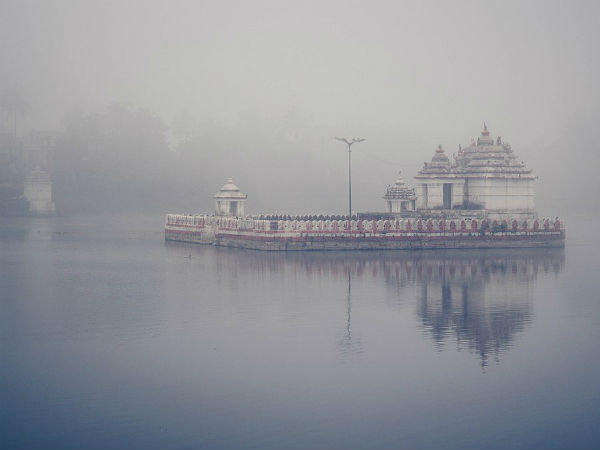 Nicknamed as the temple city of India, Bhubaneswar is the capital city of Odisha; hence, it is one of the fastest-developing and smart cities in India. However, it is generally popular amongst tourists for its ancient buildings flourishing in the form of temples, caves and other age-old sites. Due to the presence of numerous temples, Bhubaneswar is also considered as a pilgrimage site amongst Hindus. Even though the exact history of its settlement is still unknown, it is said to have been established during the period before the Common Era.

Today, Bhubaneswar is one of the most visited tourist spots in eastern India and on an average, it is frequented by millions of Hindu devotees and travellers from all across the world every year. So, if you are looking for a weekend getaway from Visakhapatnam, then do consider Bhubaneswar this season. The trip from Visakhapatnam to Bhubaneswar is always filled with excitement and elation. What do you think about embarking on such a memorable journey?

With a tropical savanna climate, Bhubaneswar experiences a hot weather during the summer season. Hence, it is one of the least-preferred destinations for tourists coming to explore its natural beauty. However, for history lovers and Hindu devotees, Bhubaneswar is a year-round destination. If you also desire to avoid the summer heat, then the best time to visit is from September until the end of March, as during this period, the climate is favourable.

How To Reach Bhubaneswar From Visakhapatnam

By Air: Being a metropolis, Bhubaneswar is well connected to all other major cities by air and hence, you can take a flight from Visakhapatnam to Bhubaneswar.

By Rail: Visakhapatnam railway station has several trains running towards Bhubaneswar and therefore, you can catch a direct train. It will take you an approximate time of 7 h to reach your destination from Visakhapatnam.

By Road: Bhubaneswar has a good road connectivity and hence, you can easily reach Bhubaneswar either by taking a bus or hiring a cab.

As the route is filled with several beautiful spots and en route destinations, you must not miss out on the following places which are definitely set to make your trip more exciting and interesting.

The first stopover on your way to Bhubaneswar, Srikakulam is a perfect place to take a break at, as there is a lot to explore within its boundaries. From beautiful streams to marvellous temples, Srikakulam is home to tens of spots that will certainly interest you.

The major places here include Arasavalli Sun Temple, Kalingapatnam, Srikurmam and Kallepalli Beach. It is located at a distance of about 116 km from Visakhapatnam and 325 km from Bhubaneswar. Wouldn't you love to explore its uncrowded beaches and divine temples?

How can someone miss the majesty of Chilika Lake while in Odisha? Such is the beauty of this largest coastal lagoon of India that every passer-by is bound is stop by its expanse and capture its grandeur on their cameras.

Located at the mouth of Daya river, Chilika Lake is spread over an area of about 1100 sq km and is a perfect destination for photographers and bird-watchers as you can witness several species of migratory and indigenous birds nesting here. So, how about a break at this brackish lagoon that will certainly soothe your nerves with its natural beauty? Chilika Lake is located at a distance of about 340 km from Visakhapatnam and 95 km from Bhubaneswar.

Bhubaneswar is located at a distance of about 440 km from Visakhapatnam and hence, it is easily accessible. Following are the major places which one shouldn't miss exploring if they are looking to extract the best of ancient beauty in this metropolis. From caves to temples and lakes to parks, this list includes all the prominent tourist spots. Read on to know more about them.

Dating back to the 2nd century BCE, Udayagiri and Khandagiri Caves is a site of religious, historical and archaeological importance and hence, it is visited by every kind of tourist and traveller. It is a collection of more than 30 caves in which some are formed naturally and a few are built by humans. Adorned with beautiful reliefs, sculptures, drawings and patterns, these caves showcase the rich history of Odisha in the past. How about getting yourself to these ancient marvels and learning about the history of India?

How can your trip to Bhubaneswar be deemed complete without exploring its beautiful temples? Being the temple city of India, Bhubaneswar is dotted with hundreds of gorgeous temples, several dating back to the period the Common Era, numerous to the early Medieval Era and a few to the recent times.

The most prominent amongst them all include Lingaraj Temple, Rajarani Temple, Mukteswar Temple, Ram Mandir and Ananta Vasudeva Temple. However, you can also explore the beauty and history of Rameshwar Deula, Yameshwar Temple, Bharateswara Temple and Chitrakarini Temple.

A beautiful part of Bhubaneswar, Nandankanan Zoological Park is a weekend spot for locals and other seasonal tourists. It is mainly popular amongst kids. The major reason you must catch a glimpse of this beautiful park lies in its peaceful environment and unpolluted atmosphere. Where else other than a park can you find a serene space in a metropolitan city? You can also witness the exotic beauty of rare and endangered animals and plants here.