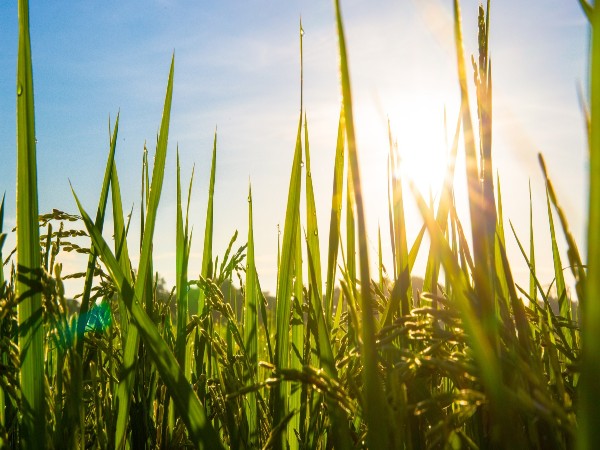 Today, in this article we are going to talk about an Indian Village of Millionaires, which has over 50+ Millionaires that too all are self-made with great ideas towards success and beating poverty.

The village which is called India's only village of Millionaires is "Hiware Bazar village, which is located in the Ahmednagar district of the Indian state of Maharashtra. The residents of this village worked hard and consistently to fight poverty and hunger and to make their loving village popular worldwide by making India proud.

Let us know the story behind the one and only Hiware Bazar Village, and how it became a village of Millionaires where people have crores in their bank accounts.

You will not believe it, but the people who are millionaires in Hiware Bazar village are the category of people the whole of India is proud and thankful for, they give us food, they work hard, and they struggle. Yes! We are talking about Farmers. Farmers in Hiware Bazar village created history with their sharp minds, hard work, and consistent efforts to make it a village where 50+ farmers are millionaires.

In the Maharashtra district of Ahmednagar, Hiware Bazar is located in one of the most vulnerable locations to drought. The area has a reputation for farmer suicides brought on by an excessive loan load and crop failure from the drought. Even worse, drought and poverty were raging there in 1972. The majority of families were on community-owned land, but the ongoing drought made it impossible for them to grow food for themselves or to sell. About 90% of the people migrated to urban areas in search of a higher quality of life. The youth agreed to suggest a young village leader who could change the path of the community to end the hopelessness in the Hiware Bazar hamlet.

Who is the mastermind behind the success of Hiware Bazar village?

It was the year 1989 when the destiny of the Hiware village started to change. Popatrao Pawar was unanimously chosen to serve as the village leader also called Sarpanch in the local/Hindi language in 1989. Pawar first focused on eliminating the risks associated with smoking and drinking by closing all the illegal liquor businesses in the village. He then forbade the use of tobacco and alcohol as a response.

Another major cause of failure is the lack of water in Hiware village which has been handled by Popatrao Pawar smartly. He soon realized that the village's water needs have to be sorted out because it only gets a tiny quantity of rainfall each year. In light of this, Pawar organized a loan and started a programme in the community for rainwater collection, watershed conservation, and management. With the assistance of the people, he built many waterways, including 32 stone bunds, 52 earthen bunds, check dams, and percolation tanks to catch rainfall. He also focused on planting more and more trees and urged the villagers to make investments in cattle farming & collecting rainwater.

The development began when the watershed approach assisted the locals with irrigation and the harvesting of various crops as well! This small town currently has about 294 water wells compared to 90 in the 1990s. In just a few years, farming in this village was back in full swing and became the main source of revenue for the locals.

In comparison to the INR 830 per month per capita in 1995, it increased to INR 30,000 in 2012, creating 60 outstanding millionaires in the village. The Maharashtra Government named Pawar's Hiware Bazar village an "Ideal Village" in recognition of its hard work, dedication, and community involvement.

For his incredible work in Hiware Bazar, Pawar received the Padma Shri in 2020, one of India's highest civilian awards. He currently serves as the executive director of the Maharashtra government's Model Village Program, which aims to create self-sufficient villages in a thousand of the state's most underprivileged villages.

Prior to 1989, the village was struggling with several issues, including villagers moving to the adjacent urban areas, high crime, and a lack of water, Popatrao Pawar changed the village's destiny, and as mentioned above Hiware Bazar has made progress from a per capita income of just INR 830 in 1995 to INR 30,000 where out of approximately 1,250 individuals, 60 of them are millionaires. Additionally, the hamlet strongly forbids the use of tube wells for irrigation, smoking, drinking, and open defecation. Other restrictions include those against grazing, deforestation, and drinking. The village is thriving and has acquired a dignified quality of life.

In thousands of other villages throughout India, the idea of Hiware Bazar, often known as the "village of billionaires," is now being replicated. By implementing efficient watershed management, recovering natural resources, and switching to more sustainable, less water-intensive agriculture, the hamlet transformed itself into a national "model of development" that depended on citizen involvement. Success in agriculture has encouraged development in Hiware Bazar's other sectors, including healthcare and education.