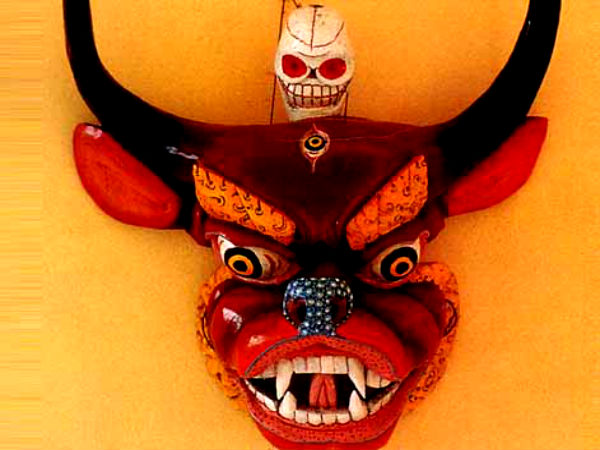 Tawang sprawling over 2085 sq km, is one of the most alluring places in North East India. Tawang in Arunachal Pradesh is bordered by West Kameng district in the East, Tibet in the north and Bhutan in the South-West. This place is mostly inhabited by Monpa tribes and around 97 percent of Tawang is home to these people. They are considered to be the followers of Tibetan Buddhism.

The vibrant and lively culture of Tawang is not only due to the Monpa tribe but also their association with various festivals, games and other events of the region. Other than being courteous and gentle, people are industrious towards their occupation which includes trade of cattle. Festivals and fairs mainly relate to the agricultural and religious aspect of people.

January to April is the time when people in Tawang look colourful and bright as they participate in various forms of traditional dances other than games and sports which carry on throughout the year. Skill-fully and artistically made wooden handicrafts, weaving and utensils are some exotic souvenirs which tourists travelling to Tawang can get from there.

Travel with us through the cultural aspect of Tawang and enjoy the folk civilization of this region in Arunachal Pradesh. Plan a trip to this mesmerising land and along with the scenic beauty of the region make an attempt to participate in the various activities which makes you one with the tribal culture of Tawang.

Apart from spellbinding beauty, tourists travelling to this beautiful place can also view the Tawang Monastery. Tawang is also home to nunneries other than the lakes, waterfalls and peaks which surround the entire district. Through roadways, Guwahati is 10 hours and Tezpur is 13 hours from Tawang. Flights from various cities in India connect these two places in Assam. While venturing this journey, travellers might halt at Bomdila which makes the journey comfortable.

Monpa tribe dominate Tawang as one can find more than 20,000 dwelling here. Monpa tribe is categorised based on the language they speak. They are Buddhists and Buddha statues are found in every house of Tawang. People here are very zealous and have made their handicraft famous all over the globe. They are mostly found robed in warm garments as vicinity to the Himalayas keeps the temperature cold.

Music and dance are an important part of the local people of Tawang. Not only they are part of celebration but also a way of submitting oneself to God. A bamboo string instrument called Guga, Ponu Yoksi, a sword like instrument and flutes are some of the regular musical instruments of any kind of celebration. Aji Lhamu dance and Yak dance can be seen during the Losar festival. Lion and Peacock dance is dedicated to the peace and harmony amongst living creatures of the earth.

Tawang is home to various traditional sports which are strenuous and challenging. Majong is played by four people and it is a game of tiles. Archery is another favourite sports of the inhabitants. If one is at Tawang during Losar, archery can be enjoyed. Pongor is actually short put participated by male folk. Sho is the game of dice which is played by three people. All these games and sports make the travellers more involved with the culture of Tawang.

Monpa tribe of Arunachal Pradesh are highly skillful and artistic in their craftsmanship. Weaving, painting, pottery, smith work, basket making are some of the artifacts where the intricate work of the artists are found. Apart from local markets, tourists can buy these from Government Craft centre. Wooden mask used during dance, Dolom, eating bowl, Zarku, wooden ladle, Gruk, wooden cup and Sheng-Khlem can be some of the exotic wooden souvenirs that you can buy from Tawang.

Comments
Read more about: arunachal pradesh north east india buddhist monasteries tawang
Other articles published on Oct 17, 2013
We use cookies to ensure that we give you the best experience on our website. This includes cookies from third party social media websites and ad networks. Such third party cookies may track your use on Nativeplanet sites for better rendering. Our partners use cookies to ensure we show you advertising that is relevant to you. If you continue without changing your settings, we'll assume that you are happy to receive all cookies on Nativeplanet website. However, you can change your cookie settings at any time. Learn more
Change Settings Continue