Travel Guide to Experiencing the Unique Festivals of India 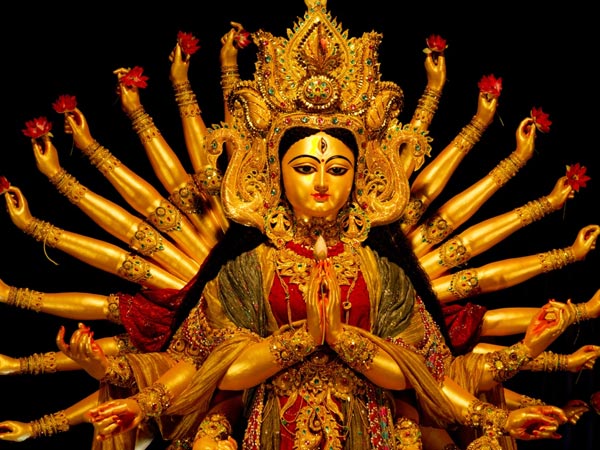 Indian festivals are famous the world over because of the sheer fun they represent. Today, many

Indian festivals such as Holi are being celebrated with gusto even outside the country. In India, the month of September heralds with it the beginning of a string of colourful and unique festivals that continue till the month of January. Each of these festivals though celebrated across the country are actually unique to certain regions, making it ideal for travel to these vivid destinations.

The fascinating feature of travelling across India is that the culture, language, landscapes and even clothing changes every few hundred kilometers. With a culturally rich past, these festivals have evolved to become bigger, grander and a sheer riot of life in modern times. The most interesting however is how each of the festivals are celebrated differently in the various parts of India, some in fact, even have different mythological legends followed by the various regions. So pick a festival and get ready to head out for the most enriching travel experience of your life.

The festival of Onam is celebrated with much fanfare in the scenic lands of Kerala. Cities and villages alike, come alive for weeks preceding the grand festival. The vision of colourful pookalams contrasted by the women who create them, dressed in the Kerala saree or mundu with the classic border in gold. Of various cultural performances such as Pullikali and sporting events such as boat races, can all be witnessed in the 'God's Own Country' of Kerala. Make a trip to the various destinations in Kerala to experience the unique celebrations of Onam. Visit Thrissur to witness the vivacious performance of Pullikali or head to Aranmula to take part in the heart-pounding snake boat races. And simply try your hand at creating the lovely Pookalam, no matter where you are in Kerala. When you are exhausted with all the excitement, sit down to relax the delicious meal of 26 dishes that form the Onamsadya served on the fresh green plantain leaf. Tempted yet?

If you have long harboured the desire to make a trip to the rugged and stunning land of Ladakh, here is an opportunity that is too alluring to resist! The Ladakh festival is a cultural feast for travellers. The festival that also coincides with the harvest celebrations brings alive the various Gompas, villages and towns in the region. A trip to Leh which functions as the center of all celebrations is a must. The town leads to various surrounding regions and monasteries that can be easily accessed to partake in the festivities. The festival includes performances of dance, theater, parades, rituals, archery, etc. This tops of the month that usually marks the end of the season for travel to Ladakh, and is sure to leave travellers with memories of more than the vivid landscapes to bring back home.

The happy festival of Navratri is both a religious and cultural extravaganza. The festival celebrated across nine nights as the name suggests is dedicated to the worship of Goddess Shakti. Though it is celebrated across the country, it takes on an especially colourful form in the state of Gujarat. The cultural capital of the state Vadodara sees renewed zeal of activities leading up to the festival. The streets and congregation centres are decked up and people participate in the frenzied dance performance of the traditional Garbha. Traditional attire and the dance of dandiya, a rythimic co-ordination of the dandiya or sticks between various dancers is a pleasure to watch and greater fun to try yourself. The fun activities aside, do remember to visit the beautiful Ambaji Temple and seek the blessing of the all-powerful goddess.

Touted as India's largest shopping festival, the Jaipur Shopping Festival is just one more reason to visit the wonderful 'Pink City'. The grand event takes place for nearly a month preceding the festival of Diwali. Jaipur is a popular tourist attraction with its many heritage monuments, but the vibe the city emanates during the Shopping Festival is quite infectious. Thousands of shopkeepers sell a variety of products, and you can bet most of them are colourful. It might be a strain on your pocket to buy all the tempting items on display, so take a break with the varied cultural performances on show. Travel with family, friends or alone, but you are sure to have a great time!

Dusshera like Navratri is the celebration of the female power and the triumph of good over evil. In Mysore the festival celebrates the triump of Goddess Chamundeshwari over the demon Mahisasura. This is one of the grandest festivals celebrated in the city of Mysore with even the royal family taking part in it in a big way. The Mysore Palace turns into the main attraction as it is covered in string lights making for a stunning view in the evening. The many streets are also decked up and people throng the lanes to take part in the festivities. A grand procession called Jumo Savari with elephants decked up in ornaments and carrying the Goddess Chamundeshwari is also not to be missed.

The most legendary tales of triumph of good over evil is reflected in the fierce battles of the beautiful Goddess Durga. The festival of Durga Puja celebrates exactly the same confluence of values and emotions; of beauty and strength. The most beautiful destination to head to for an unforgettable experience of Durga Puja is Kolkata. The city prepares with fervour for months before the festival, with every street getting ready to put up its on 'Pandhal' or exhibit of Goddess Durga in various settings. These figurines are exquisitely crafted by hand by thousands of artisans, working tirelessly over day and night. A walk across the many Pandhals will leave you soaked in the beauty of art. Be immersed in the sights, sounds and smells of the amazing festival across the city. Oh, and how can we forget to mention all the lip-smacking delicacies that are served, including the mouthful of rasgulla.

Located on the banks of River Chambal, Kota is a popular tourist destination in Rajasthan. But here is a special time to head to the city, during the festival of Dusshera in the month of October. Among the most colourful of Indian festivals, the Kota Dusshera is actually a large mela or fair that has a distinctive ethnic vibe. Travellers can begin to get a feel of the rich mela by walking around the tents of artisans selling their wares and get ready for the grand show of the night. Tall effigies of King Ravan are created in a colourful and eclectic manner. People gather in huge numbers as in the dark the effigies are burnt as a mark of triumph of good over evil. If the scenes of the dancing flames doesn't move you, then make sure to watch the procession that takes place from the palace to the mela area. The scenes of decked-up elephants, camels and horses along with cultural performances is sure to send your senses into an overdrive.

Rajasthan is not popular as an exotic travel destination for no reason. The colourful and vivid festivities set across the glimmering sands of the desert is a temptation few can resist. Among the key festivals to take place in India during the months September-October is the Matsaya Festival in Alwar. The city of Alwar that is akin to an oasis in the desert, celebrates the vibrant cultural feast with much gusto. The two day festival offers many things to do in Aklwar besides watching artistic performances. Travellers can also take part in adventure sports such as parasailing and hot-air ballooning. Travellers can also indulge in playing the traditional games, however, be prepared to face stiff competition from the locals!

The cultural and political capital of Tamil Nadu celebrates one of the most unique festivals in India during the months of September-October, the festival of Golu or Kolu also referred to as Golu Bommai. The festival is a part of the Navaratri celebrations in the state. The days of Navratri has the family get involved in the most interesting activity of arranging dolls in a creative manner to represent that Goddess Mahishasuramardini is sitting in her sovereign durbar prior to the slaying of the demon. Dolls are collected across the years and brought out of the attic to be put on display. Guests are invited to take a look at the dolls and contribute to the reciting of bajans and songs. Among the most unique festivals that are so thoroughly enjoyed by every child and the adult alike.

The royal region of Marwar in Rajasthan celebrates the unique festival that celebrates dance and music known as Marwar or Maand. Marwar is a popular travel destination with its many exquisite monuments and palaces. The two day festival adds to the charm of the region with scintillating folk performances. The interesting festival also has the amusing camel tattoo show. Dressed-up camels and their humans envy for the prize in competitions.

The popular travel destination of Jodhpur in Rajasthan hosts the festival that is one of its kind in the country, the Rajasthani Folk Festival. It attracts travellers and art enthusiats from across the world to experience the unforgettable cultural and folk performances. The ethnic clothing and rituals are sure to amaze all those who travel here for the festival. The stunning Mehrangarh Fort is the venue for the festival. Artisans from outside the country are invited to perform as well and shows go on into the dark of the night.

The most popular festival to be celebrated in India, Diwali has unique religious significance in different parts of the country. The festival is celebrated in variations across the cities and towns of India. However, the common features in all locations is the lighting of diyas and decorations of rangoli or patterns in various coloured powders. Sweets and good wishes are exchanged, new clothes are flaunted and firecrackers light up the sky all evening. Travel to any destination in India and be amazed at how festivals bring together people of all backgrounds, collectively hoping for a better future.