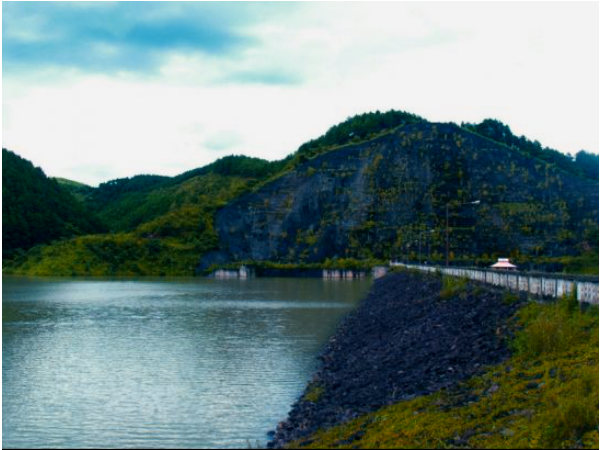 Manipur, one of the jewels of North East India is considered as paradise by most of the travellers. The verdant greenery, blue hills, tripling rivers, diverse flowers and orchids will entice you to the nature's beauty. One should not forget about the rich tradition and culture of Manipur, especially the Manipuri Dance which attracts people from round the globe.

Also known as 'Kangleipak', Manipur is a state that houses people belonging to various tribes who are not only Indian but also belonging to Tibetan and Burman origin. Though Manipur reminds us of all these, still there are few unique attractions of Manipur which has made her outstanding in the entire nation.

Tourism in Manipur will amaze one with the variegated beauty and unique attractions that it harbours. Here are some of the exclusive sightseeing of Manipur which must be a part of your travel list next time you visit this place.

Singda in Manipur is renowned for being the highest located mud dam in India. This unique attraction is 16 km from the capital city of Imphal. Apart from the verdant greenery around Singda, tourists visiting this place will also get to see a lake which has formed due to the dam. Paddy fields, serene road and tranquil atmosphere will give you an opportunity to be with nature.

Khongjom in Thoubal district of Manipur is unique for its historical importance. It is unique for being the place where the last battle of independence was fought between the Manipuris and Britishers in 1891. A war memorial dedicated to the war heroes is a must visit by those travelling to Thoubal.

'Ima' means mother and 'Keithel' means market. Thus, as the name suggests Ima Keithel is the only market where all the shops and stalls are run by women. This unique attraction is one of its kind in the world and a must visit place of Manipur. It is situated at Khwairamband Bazar and also known as 'Women Market'.

Maram Khullen is unique for being the biggest primitive village of Senapati district in Manipur. It is a favourite hub of research scholars and anthropologists. Apart from this, the village is also known for conducting naked wrestling competition. It is a significant part of Kang-He festival of Manipur. It is participated by three clans of Maram tribe, where male participants from each of the clan wrestle.

It is the oldest Polo Ground in the world and a captivating tourist spot for both foreigners as well as Indians. The team game popularised by Britishers is also known as ‘Kanjai-bazee', ‘Sagol Kangje' or ‘Pulu' in Manipur. This unique attraction has been visited by many sports personalities, apart from Lieutenant Sherer, the father of modern Polo.

Loktak Lake is not only the largest freshwater lake in Manipur but also the only floating lake in the world. It happens to be floating due to the presence of 'phumdis' or floating islands which comprises of soil, vegetation and other heterogeneous masses which are in their state of decomposition. It is highly useful for the generation of hydroelectricity, irrigation and supply of drinking water.

Khangkhui Cave is a naturally formed limestone cave. It is also known as Khangkhui Mangsor Cave by local people. This unique cave has pre-historic origin and attracts huge number of tourists. The excavations at Khangkhui Caves lead to the evidences of Stone Age. Hall in the cave is considered to be the hall of Devil King, while the royal bedroom is located inside.

Another unique attraction of Manipur is Orange Festival which takes place in the month of December. Participants here are from various parts of India. It is not only an exhibition but also to encourage the economic growth of Manipur. It also aims towards increasing the tourist potential of Tamenlong. Modern technological advancements, disease and pest management, quality fruit production, post harvest technology, processing and effective marketing are some of the ideas exchanged during this festival.

We must have seen so many topiaries throughout the nation. But did you know that the tallest topiary resides in Imphal of India. Samban Lei Sekpil was created by Moirangthem Okendra Kumbi in 1983. It rises to a height of 61 ft and holds a record in Guinness Book of World Records. The plant is a species of Duranta, a flowering shrub which is thoroughly used in Manipur to decorate gardens and houses. It is worshipped during festivals specially of forest god, Umang Lai.

Comments
Read more about: north east india manipur
Other articles published on Sep 26, 2013
We use cookies to ensure that we give you the best experience on our website. This includes cookies from third party social media websites and ad networks. Such third party cookies may track your use on Nativeplanet sites for better rendering. Our partners use cookies to ensure we show you advertising that is relevant to you. If you continue without changing your settings, we'll assume that you are happy to receive all cookies on Nativeplanet website. However, you can change your cookie settings at any time. Learn more
Change Settings Continue