Unexplored Temples In Odisha That Are Epitomes Of Sanctity 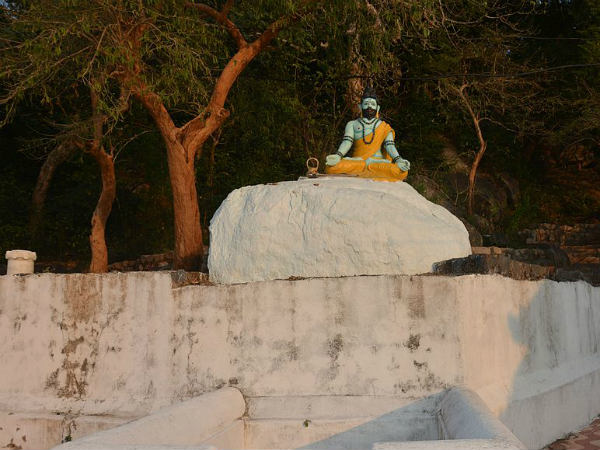 Temples and Odisha go hand in hand and the presence of hundreds of temples in its each and every district proves the fact. We all have heard of Jagannath Puri Temple, Konark Temple and several other famous sites that are visited by millions of tourists every year. However, do you know there are still hundreds of age-old places in Odisha which house a beautiful aura that can appease you and delight your mind? Wouldn't you love to witness such unexplored temples in Odisha? An uncrowded environment and pleasant surroundings are the major factors which make these holy sites perfect places for a relaxed weekend.

Hence, in other words, they can also be called epitomes of sanctity. If you always look forward to savouring ancient hidden beauties, then this article is definitely for you. Read on to know more about these unexplored beauties which deserve to be visited by every traveller on account of their historical, religious and spiritual significance.

Dedicated to Lord Surya, it is one of the few sun temples in India and is located at Bugud in the Ganjam district. As it mainly resembles the beauty of Konark Sun Temple and is built out of wood, it is also sometimes referred to as Wooden Konark.

Have you ever seen any idol of a Hindu lord built out of wood? If not, then this unexplored temple is your destination this weekend. Even though the exact history of the temple is still unknown, it is believed to have been formed before the 18th century.

Due to its wooden architecture, it has been renovated several times to protect it from damage. With more than 45 pillars and beautifully carved designs, it is one of the most appealing temples in the state and hence, it deserves to be frequented by every traveller.

If you do not desire to get yourself to the crowded sites in Bhubaneswar but still want to explore its history and beauty, then Champakesvara Temple is the place you should visit. Built during the 13th century, this age-old temple is dedicated to Lord Shiva.

Even though it has been abandoned by locals who believe that there are several snakes inside the compound of the temple, it is still an interesting spot for travellers coming from other towns and cities. Surrounded by lush green trees and beautiful monuments, this ancient beauty certainly needs to be explored.

There cannot be a better place than Bhattarika Temple if you are looking for a site where you can achieve a peaceful state of mind and get lost in the divinity and spirituality of the temple. Perfectly nestled on the banks of Mahanadi river and providing a panoramic view of the surrounding settlement, this beautiful temple is dedicated to Goddess Bhattarika, a form of Goddess Shakti and is located in a small hamlet named Sasanga. As per Hindu mythology, it is the place where Lord Parashurama was defeated by Sahasarasjuna and prayed to the goddess in order to get divine power.

A complex of eight temples, Astasambhu Siva Temples were established during the 10th century and hence, they are known for their religious as well as historical significance. The complex is located in Bhubaneswar and is built in Kalinga architecture. As it is surrounded by beautiful trees and maintains a peaceful environment, it is a perfect spot for meditation and introspection.

Apart from savouring its delightful aura and exploring its rich history, you can also visit nearby water tanks and other beautiful temples, such as Godavari Tank, Bindusagar Tank and Uttaresvara Siva Temple. These sites can certainly provide you with a soothing experience. So, when you can avail such an amazing deal, why refrain from planning a tour of this unexplored gem?

One of the oldest Shiva temples in the state, Indralath Temple dates back to the 8th century when the region was a major worship centre for the followers of Lord Vishnu and Lord Shiva. Built out of bricks, the temple is said to have been built at the site where Lord Indra once worshipped Lord Shiva.

As per local legends, the temple is also believed to have been established by Lord Indra himself thousands of years ago. Today, it is under the care of the Archaeological Survey of India and is only visited by locals. Don't you think this ancient beauty needs to grab the limelight?