Tura In Meghalaya – Update Your Profile Pictures With Its Secret Destinations 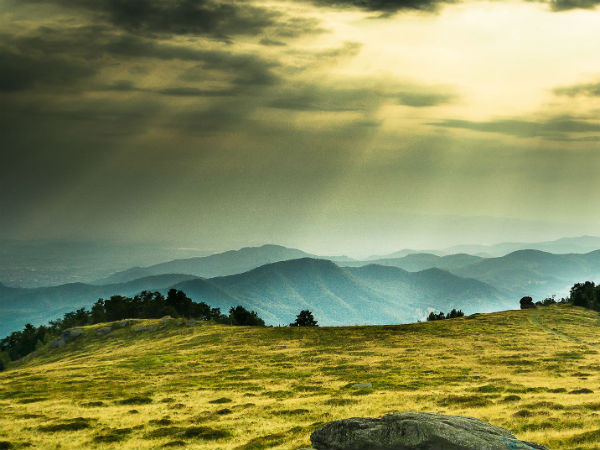 Unarguably, Meghalaya is one of the mysterious states in India, every time you embark on a journey to explore its natural surroundings, you will end up discovering a new secret town. Hence, it wouldn't be wrong to call this beautiful state a world of secret destinations.

One amongst these secret places hidden amidst the rich and dense vegetation of Meghalaya is Tura. Even though it is one of the largest towns in the state, it is still unknown to most of the tourists and travellers. So, here we are to unveil the beauty of Tura in Meghalaya and showcase its hidden wonders flourishing in the form of waterfalls, parks and hills.

Located in the West Garo Hills district, Tura is mostly inhabited by the Garo tribes. Hence, it is also known for its age-old culture and beautiful traditions. Following are the major 5 places in Tura which you must not miss visiting while exploring its boundaries.

As the core settlement of this beautiful town is located in the foothills of Tura Peak, it generally serves as a base camp for trekkers and campers. Characterised by forests, lush vegetation and pleasant weather, Tura Peak sits at an elevation of about 3000 feet and offers its visitors panoramic views of surrounding valleys and settlements.

If you are looking forward to reaching Tura Peak, you need to trek up Tura Hills for a distance of about 5 km through rugged terrains and dense forests. As it is an easy trek, anyone can reach the top of Tura Peak comfortably. Apart from savouring panoramic views, you can also enjoy the beautiful farm fields and forests of Tura Peak.

Who wouldn't love to take a bath in the soothing waters of a pristine waterfall? Well, if you are one amongst these tourists who would go to any extent to gain such experiences, then Pelga Falls should be your destination on your trip to Tura. It is located at a distance of about 7 km from the main town and is surrounded by dense woods, thereby, creating a peaceful environment.

You can also explore nearby bamboo bridges which look stunning as they appeal to each and every visitor with their natural beauty. Pelga Falls is a popular weekend spot in Tura and hence, it is visited by several picnickers and anglers. You can also spot several photographers here trying to capture the captivating beauty of this scenic waterfall.

PC- The Children of The Earth

A tiny picturesque hamlet located near Tura is a must-visit tourist spot on account of its delightful aura and lively atmosphere. Famous for orange farming, Sasatgre is certainly a place where you can soothe your nerves, considering the fact that it is located away from the main town of Tura and is only inhabited by a few families.

Hence, it offers its visitors an uncrowded environment. The serene surroundings, which comprise of colourful farm fields and pleasant weather, are all set to compel you to settle here forever. So, what do you think of visiting this small paradise nestled in the form of a hamlet?

Have you ever captured the beauty of a red panda? If not, then Nokrek National Park, which has also been added to the list of biosphere reserves by UNESCO, is you stoppage in Tura. Spread over an area of about 48 sq km, this beautiful national park is covered with a thick forest and squashy meadows and is also a perfect spot for bird-watchers.

Apart from spotting red pandas, you can also witness several other species, which include Asian elephant, clouded leopard, hoolock gibbon, peacock, hornbill and green pigeon. Isn't it an exotic expanse sprawling amidst the lush greenery of Meghalaya? Balpakram National Park and Naphak Lake are certain other interesting spots in the vicinity of Nokrek National Park.

One of the longest cave systems in India, Siju Caves is a complex of limestone caves filled with water and is inhabited by several species of bats. Hence, it is also known as Bat Cave by several locals. Located near Simsang river, Siju Caves is surrounded by dense vegetation and is also home to several indigenous and migratory birds, such as peacocks and Siberian ducks. It is generally visited by offbeat travellers who always look forward to enjoying challenging tasks. How about taking up this cave expedition filled with thrill and excitement?