Nativeplanet
»
Travel guide
»Tulsidas Jayanti: Visit These Places To Learn About His Past

Tulsidas Jayanti: Visit These Places To Learn About His Past 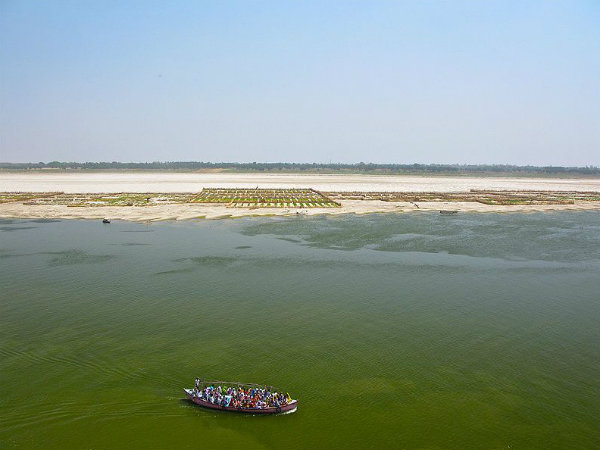 One of the greatest poets of all time, a reformer and a philosopher, Tulsidas, reverently known as Goswami Tulsidas, was born in the early 16th century and is known for his world-popular epic Ramcharitmanas, a literary work which narrates the life of Lord Rama. Ramcharitmanas is considered as one of the greatest works in Indian literature. As he was an ardent devotee of Lord Rama, he spent most of his life writing and learning about his lord. He is commonly known to be an incarnation of Valmiki, the author of the Ramayana. Even though he spent most of his life within the boundaries of Varanasi, he travelled to several other places too in search of Lord Rama so that he could attain salvation in life.

Wouldn't you love to know more about those places which were frequented by Tulsidas? If yes, then this Tulsidas Jayanti, i.e., on 17th August, visit the following holy destinations which can certainly provide you with an essence of devotion and divinity. Read on to know more about how these places are related to Tulsidas.

Undoubtedly, Soron has to be the first place every history lover and curious traveller, who is looking forward to learning about the past of Tulsidas, should visit. Located in the Kasganj district of Uttar Pradesh, Soron is the birthplace of Tulsidas and hence, it is considered as a town of historical as well as religious significance today.

Even though the exact place of his birth is still unknown, there are several temples and sacred places within Soron where you can learn a lot about the bygone era of Tulsidas. The town is also home to a sacred pond where people dissolve the remains of their deceased relatives. The major places which you must not miss visiting here include Barah Bhagwan Mandir, Raghunathji Mandir, Parshuram Mandir and Ladoo Wale Balaji Temple.

Tulsi Ghat is a holy bank on river Ganga in Varanasi and is known to be the place where Tulsidas penned down the masterpiece of Hindu literature, Ramcharitmanas. It is also the place where he spent most of his life. During his time, this holy ghat was known as Lolark Ghat and was one of the most beautiful places in Varanasi.

Today, it is considered as a sacred site and is an important venue for religious functions and Hindu festivals. Another place in Varanasi which is highly related to Tulsidas is Sankatmochan Temple, which is dedicated to Lord Hanuman and is located on the banks of Assi river. The temple is said to have been established by Tulsidas himself in the early 16th century.

How can a place related to Lord Rama not be visited by Tulsidas? After all, he was one of the ardent devotees of Lord Rama in the history of the world. Chitrakoot Dham, also known as Karwi, is an ancient city in the state of Uttar Pradesh where Lord Rama spent a few days during his exile.

It is also the place where Tulsidas came to reside after Lord Hanuman instructed him to do so, so that he could meet Lord Rama. Today, Chitrakoot Dham is a pilgrimage site amongst Hindus and is visited by thousands of devotees every year. The major places here include Ramghat, Kamadgiri and Janki Kund.

Do you really think Ayodhya can be an exception when the talk is about Tulsidas, one of the greatest devotees of Lord Rama? As Ayodhya is the birthplace of Lord Rama, it is considered as one of the holiest places in the world. Therefore, Tulsidas couldn't refrain from travelling to his lord's home.

Tulsidas spent most of his childhood days in Ayodhya and it was the place where he started learning about the philosophy of life. The major places to visit in Ayodhya include Ramkot, Ram Paidi Ghat and Kanak Bhavan Temple.

The only metropolis which is called the abode of god, Prayag is, undoubtedly, one of the most visited sacred places in the country. Also known as Allahabad, it is located at the conflux of three holy rivers, Ganga, Jamuna and Saraswati and is believed to have been in existence since the Vedic period.

Tulsidas visited Allahabad when his wife chided him for not being devoted to Lord Rama and spent several years meditating and worshipping his god. The must-visit places in Allahabad are Triveni Sangam and Allahabad Fort.

It is also the place where he wrote Hanuman Chalisa and made Akbar realise and apologise for his mistake of imprisoning a saint. So, what do you think of visiting Fatehpur Sikri now? If you are looking forward to learning about the later life of Tulsidas, then Fatehpur Sikri is one of the few places you must visit.