Nativeplanet
»
Travel guide
»A Trip From Bangalore To Murudeshwara

A Trip From Bangalore To Murudeshwara 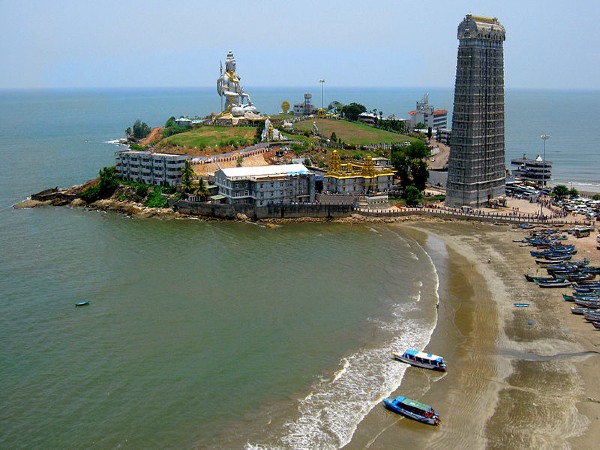 Murudeshwara is a popular tourist destination in Karnataka where pilgrims from all over the country visit on foot to pay homage to Lord Shiva. Murudeshwara is a village in the state of Karnataka in India, where an ancient temple is located. A pilgrimage to this temple is considered very sacred and people from all over the world come here to pay respect to Lord Shiva.

Murudeshwara is also famous for its beach backed by coconut trees and mangroves all along the coastline. This place is ideal for picnics and holidays with friends or family members as it has beautiful beaches to enjoy.

Murudeshwar temple is famous for the world's second-tallest Shiva statue. It has been mentioned in many scriptures, including Ramayana, Mahabharata, and Puranas. It is believed that Lord Shiva appeared here as Nandi and stayed there for 12 years. People believe that if you have faith in your heart, then you will be able to see the divine form of Lord Shiva at this place.

The main deity at Murudeshwar Temple is Lord Shiva, who is believed to be one of the most powerful deities in Hinduism and main purpose of the Murudeshwara temple is to pay homage to Lord Shiva, who has been described in Hindu mythology as the creator, protector, and destroyer of all things.

Netrani Island is located in the middle of the Krishna River, near Netrani Dam. This island was built as an attraction for tourists coming to Murudeshwara to watch birds at their nests. Netrani Island has a large viewing tower with several viewing decks on all sides for viewing birds nesting in these areas. You can also see some fishes in these waters which are very rare to see anywhere else in India!

There are many water sports activities like boating, diving, etc happening on this island which makes it more popular among tourists.

Murudeshwara Beach is one of the most beautiful beaches in Karnataka. The beach has been developed as a tourism destination and is visited by tourists from all over the world. This place has a large number of tourists visiting it every year during the season.

How to Reach Murudeshwar from Bangalore:

By Rail: Hubli is the nearest railway station if you are traveling from Bangalore to Murudeshwar.

By Air: Mangalore Airport is the nearest airport to reach Murudeshwar from Bangalore.

By Road: You can drive or rent a vehicle to travel from Bangalore to Murudeshwar, which is approximately 480 kilometers.