Nativeplanet
»
Travel guide
»Travel To These Top 5 Temples In Chhattisgarh

Travel To These Top 5 Temples In Chhattisgarh 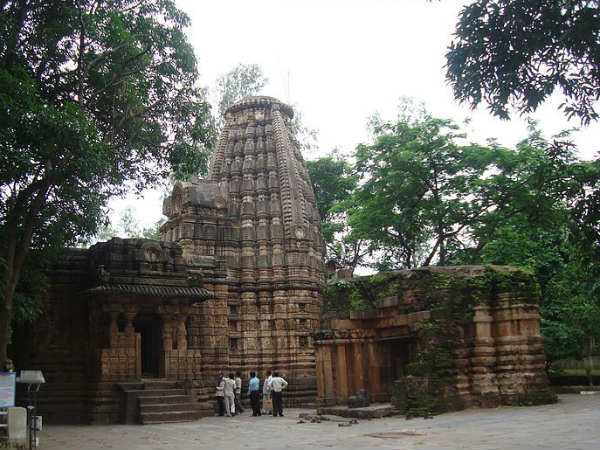 One of the least-explored and ignored states, Chhattisgarh is home to several natural as well as historical wonders. Unknown to many common tourists, it has become a prominent state for offbeat travellers and international tourists who come here to unveil its hidden beauties.

You can find everything within its boundaries, ranging from hills to valleys and rivers to lakes and forts to temples. Despite housing such amazing splendours of nature and history, it remains the least-visited state. How about exploring its temples this season? Scroll down to learn more about these top 5 temples in Chhattisgarh.

Mahamaya Temple is one of the most popular temples in Chhattisgarh and is located at Ratanpur in the Bilaspur district. It is dedicated to Goddess Lakshmi and Goddess Saraswati. It is said to have been built by Kalachari King Ratnadeva during the 12th century. You can also visit several other temples located in the complex of Mahamaya Temple, which include Kantideval Temple from the early 11th century.

Located in the Rajnandgaon district, Barfani Dham is famous for its huge statue of Lord Shiva and Nandi. Despite being a newly-built temple, it is visited by hundreds of Hindu devotees every year. It is also considered a significant pilgrimage site amongst Shaivites in the region.

The major speciality of this beautiful temple lies in its structural formation. It is built in three layers, in which the bottom level houses the shrine of Pathal Bhairavi, the middle level hosts Navadurga shrine and the upper level is home to the huge statue of Lord Shiva. How about getting yourself here and witnessing its architectural beauty and learning about its religious significance?

Bhoramdeo is one of the oldest temple complexes in India and is one of the significant tourist spots in Chhattisgarh. It was built during the 11th century in the Nagara style of architecture. Dedicated to Lord Shiva, Bhoramdeo Temple is a group of three temples and is located in the foothills of Maikal Range in the Kabirdham district.

Located at an elevation of about 1600 feet atop a hill, Bambleshwari Temple overlooks the core settlement of Dongargarh. It is also referred to as Badi Bambleshwari as you can spot a smaller version of this temple at the base of the hill, which is known as Chhoti Bambleshwari.

With a flight of around 1000 stairs, this legendary temple is said to have been established thousands of years ago by a local king named Raja Veersen. Today, it is visited by millions of tourists every year who come here to provide their goddess with offerings. The major festivals celebrated here include navaratri.

Located at Dantewada in the Bastar district of Chhattisgarh, this ancient temple was built during the 14th century and is dedicated to Goddess Danteshwari, a form of Goddess Shakti. It is one of the highly revered religious temples and is one of the 52 Shakti Peethas in India.

As per legends, it is said that it is the place where a tooth of Goddess Sati had fallen after Lord Vishnu cut her dead body to make Lord Shiva feel free from grief, which was caused by her death. You must visit this wonderful temple if you get fascinated by mythological stories a lot.