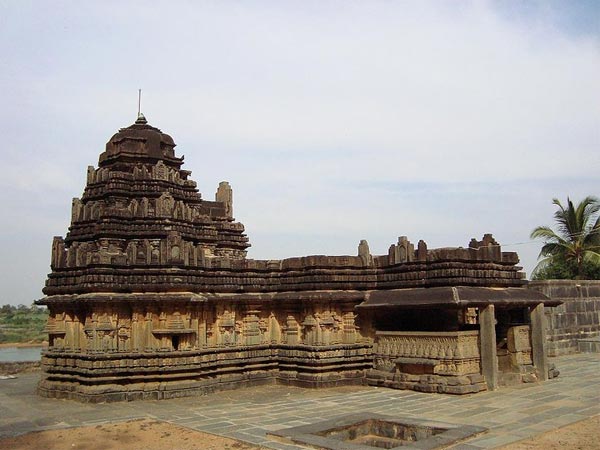 Gavi Gangadhareshwara Temple is mounted on the top of the hill, inside a cave (Gavi means cave). The whole set up of the shape of the hill, flow of spring water and a cave present on top of the hill, is similar to Lord Shiva's living representation, making it all the more sacred for devotees.
PC: Jishnua

The locals were so interested in protecting the birds that they stopped harvesting the Tamarind trees hosted by these birds, the reason for their multiplication.
Apart from Grey Herons, the sanctuary houses a second largest number of Painted Storks.
PC: Vikashegde

Davangere Benne Dose, the most popular dish in the whole of Karnataka, originated from here. It is a fantastic buttery Dosa that cannot be missed! Guladiki Unde, is another dish famous from Davangere that you must try.
PC: Srutiagarwal123

Ranebennur Blackbuck Sanctuary- which protects blackbucks, located in this city, is another place of interest..
PC: Manjunath nikt

Find out next about the places to visit in Sirsi.
PC: Dineshkannambadi

Marikamba Temple fair is held once every two years, in which procession of Goddess Marikamba takes place. The idol is taken on a chariot or Ratha to a place called "Marikamba Gadduge" and placed there for a week. It is a popular fair with people usually crowding the temple during this time.
PC: Dineshkannambadi

The temple is located in Banavasi town, which is 23 km from Marikamba Temple. Dedicated to Lord Shiva, the architecture of this temple is relatively simple, and designs made on the pillars and ceilings are beautiful and nominal.
PC: Dineshkannambadi

Kailasa Gudda is a heavenly hill located 9 km from Sirsi. It makes for a great picnic spot since it is covered with lush green all around the hills. A view tower is situated on this hill, through which the view of greenery and beauty of the entire hill can be witnessed.
PC: vinay_vjs