9 Awesome Travel Movies To Watch During The Coronavirus Lockdown 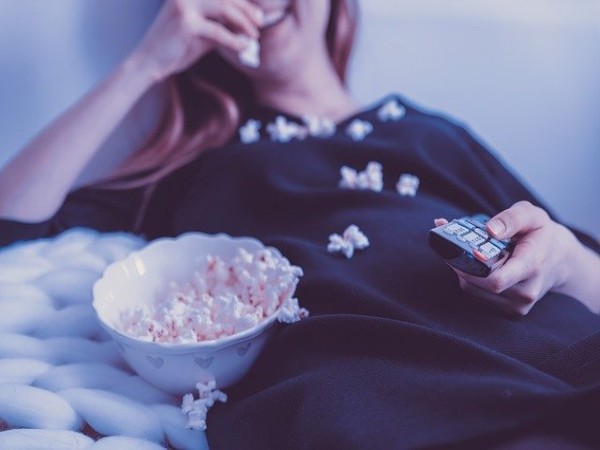 Whether you are working from home or just relaxing, it is important to stay home, practice social distancing, and keep yourself and your loved ones safe during the COVID-19 crisis. However, it doesn't mean you drop your cinematic and travel experience. Yes! With theatres shut and travel bans, we know it's a lot for movie buffs and globetrotters to take in. But thankfully, there are many travel flicks - ranging from the bizarre to the best - that offer some respite and comfort in a storm of harrowing news.

In other words, we got you! Here are the nine best travel movies to watch (or perhaps, in some cases, revisit) during the coronavirus lockdown.

1. Raider's Of The Lost Ark

If you love the old charm of Egypt, "Raiders of the Lost Ark" will undoubtedly marvel you with the essence of the archaic wonder. Indiana Jones movie is second to none in bringing out the wanderlust in any non-traveller. You can follow Indie (Harrison Ford) and Sallah (Sallah Mohammed Faisel el-Kahir), wandering through the alleys tasting dates and sipping tea; join their adventure exploits that start in Peru and then to Nepal and Egypt through the Aegean Sea. Thus, making it one of the exceptional adventure travel movies to watch during Coronavirus lockdown!

It is never too late to try something new and you are never too old for travel; there is no better movie to prove that maxim than the 2011 British comedy-drama film "The Best Exotic Marigold Hotel." It pursues a group of retirees who travel to India to live out their days at a crumbling retirement hotel. There's amour, drama, and hope. It's chock full of renowned actors including Dame Judi Dench, Maggie Smith, and Bill Nighy. Watch it to witness the madness that can only ensue in India.

Tokyo is a bit unusual and is unlike any other place on earth. There are diverse lifestyles in Japan and the culture is much different than anywhere else; this movie seizes that odd feeling you get when traversing Japan. Lost in Translation showcases some of the best localities in Tokyo. Moreover, Bill Murray has done an exceptional job, and also it's one of Scarlett Johanson's best performance.

Starring two best actors in Hollywood, Jack Nicholson and Morgan Freeman, "The Bucket List" is an amazing movie with choke-full of funny scenes and life lessons. This amazing movie guides you to be happy and will ensure you leave this earth with no bitterness, whatsoever.

A Good Year will surely compel you to visit Provence and live a modest life on a vineyard estate. Everything is nice, everyone is a wine connoisseur, and everyone is righteous and good. A positive movie in times of adversity.

The first part of the Hangover franchise is probably the best among the others, however, the second instalment offers a lot of fun taking the audience through the chaos of Bangkok. It exhibits the insane energy of the city.

Che Guevara was one of the 100 most influential people of the 20th century and this movie starring a young actor, Gael García Bernal, reflects Che Guevara's journey on a bike trip through South America before he became an international icon. Watch this movie to know how a travel experience can change a traveller into a global influencer!

The movie is about a youngster called Christopher McCandless, who goes up on a soulsearching mission, across the US. "Into The Wild," offers emphatic clarity on why a person would prefer to cut all ties with his loved ones, travel across the country, and then finally cut himself completely off from society and culture! A travel flick like no other.