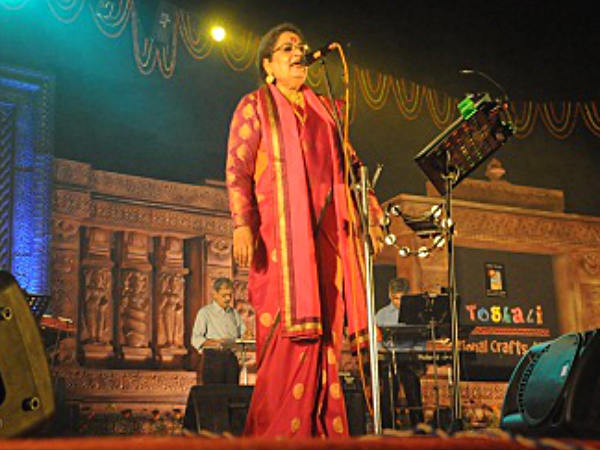 The International Toshali Crafts Fair held at Bhubaneshwar, Odisha annually is scheduled to start on December 15 this year. This fair promises to be a grand and an elaborate affair that goes on for 13 days. The only difference this year onwards is that the Toshali Crafts Fair is taken over by the Odisha State's textile, handloom and handicrafts department. Up until now, it was the Odisha Tourism department that was incharge of the organising concerns.

Planned to be held at the Janata Maidan in Bhubaneshwar, the Toshali Crafts Fair has adopted the theme "tussar" this year. Tussar is a product of silk that is used to weave sari and also used as a base material for handicrafts and other stitched apparels. A minimum of 350 weavers and artisans from across the nation are set to participate in this year's fair. The state expects a transaction turn over of about 8 crores this time.

The Toshali Crafts Fair is said to have been inspired by the Surajkund Fair of Haryana. It is organised each year to promote a taste for arts and crafts, culture and cusine of India and the state of Odisha in particular. It provides a common platform for both domestic and foreign artists to share their works and showcase their talents. From fabrics to sculptures, everything that is created in the eye of an artist can be found here. About 10 stalls will be put up just to demonstrate the various techniques of weaving handloom in India. Also, the eateries serve authentic Odian menu.

The previous year saw classical and folk art exhibition with star artists like Usha Uthup making it to the grand stage. This year too we have an action packed fair planned. Artists from 22 states will make it to the fair not only to showcase their crafts but also to exhibit their talents at music and dance forms. The Toshali Crafts Fair is open for tourists from 2 p.m to 9 p.m.

A last thought, Toshali is the ancient city that was the capital of the Eastern Province of the famed Mauryan Empire. Scholars opine that Toshali was located 7 to 5 km away from the present day Bhubaneshwar.

How to reach the City of Temples? Being the capital city of the Majestic State of Odisha, Bhubaneshwar is well connected by road, air and rail. Click here to get the exact driving directions from your city.