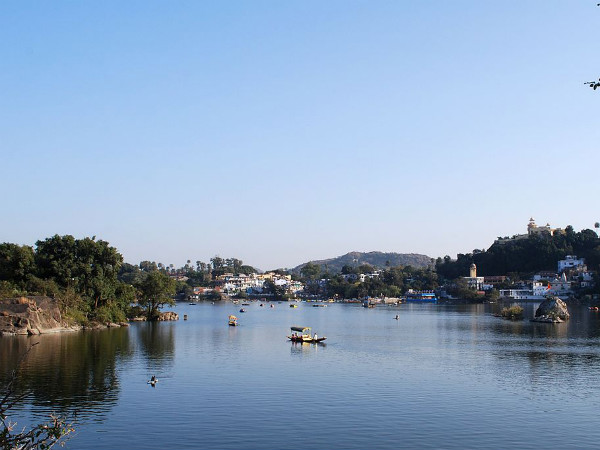 Aravalli Ranges provides an escapade from heat in Rajasthan. A destination amidst the desert yet covered in green is a unique beauty! Yes, the vistas of Mount Abu has made it a popular hill station in Rajasthan. Aravalli hill ranges bless this serene hill station to be a retreat! Such a destination must be full of tourist spots and yes there are many. Let us have a look at the top tourist places in Mount Abu!

The sub-tropical vegetation of Mount Abu Wildlife Sanctuary is a home to different species of flora and fauna. This virgin forest in the Aravalli ranges is famous for leopards. Other animals such as jackals, jungle cats, Sambhars, India civets, etc. are also found here. Mount Abu Wildlife Sanctuary is a must-visit destination in this hill station.

A demon called Bakshakali is said to have dug Nakki Lake as the King had promised to marry off his daughter to the person who dug a lake. Yes, it is the story of Nakki Lake in Mount Abu. The beautiful Nakki Lake is explored while boating here. Hence, Nakki Lake is one of the best tourist places in Mount Abu.

The exquisite usage of marble in the construction of five Dilwara Jain Temples is worth a visit in Mount Abu. Dilwara Temple complex is an architectural marvel and a popular Jain pilgrimage site. Exotic carvings depicting the Jain mythologies are the major attractions of these temples.

Achalgarh Fort is an ancient fort in Mount Abu. Though the Paramara Dynasty built it, the fortress was renovated by Rajput King Rana Kumbha. Sadly, it is now mostly in ruins but the region more famous for the Achaleshwar Mahadev Temple just outside the fort.

If you want to enjoy a panoramic view around Mount Abu, then head to Guru Shikar Point. It is the highest point in Aravalli Ranges and is around 20km from Mount Abu. Surely, Guru Shikar is one of the major viewpoints near the hill station.

Mount Abu with many tourist attractions allures many visitors year-round. However, the time from October to February is the best time to explore this picturesque hill station in the desert state of Rajasthan. Having so many attractions it definitely is worthwhile to spend your holidays in Mount Abu, isn't it?

Comments
Read more about: hillstations mount abu rajasthan
Other articles published on Sep 7, 2016
We use cookies to ensure that we give you the best experience on our website. This includes cookies from third party social media websites and ad networks. Such third party cookies may track your use on Nativeplanet sites for better rendering. Our partners use cookies to ensure we show you advertising that is relevant to you. If you continue without changing your settings, we'll assume that you are happy to receive all cookies on Nativeplanet website. However, you can change your cookie settings at any time. Learn more
Change Settings Continue