Nativeplanet
»
Travel guide
»Top Places In Bidar: Learn About The Heritage Of Karnataka

Top Places In Bidar: Learn About The Heritage Of Karnataka 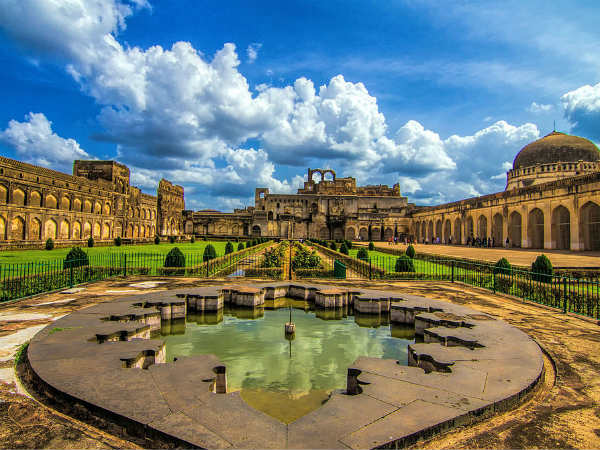 Well, if you live in Karnataka, you must have heard of Bidar. It is called the pride of Karnataka for a reason. Home to centuries-old monuments and age-old settlements, Bidar is a beauty which shouldn't be ignored by any traveller, as it boasts of a rich culture, old traditions and an interesting history. The town of Bidar is said to have been founded during the times of the epic Mahabharata when it was known as Viduranagara.

Today, it has become a weekend destination for historians and history lovers; however, it is still an unrecognised city amongst common tourists. Despite harbouring the oldest of monuments and sites, it remains an unexplored destination throughout the year. Apart from its historical significance, Bidar is also known for its religious importance and cultural prominence.

If there is any city after Mysore which can narrate the legendary history of Karnataka, then it is Bidar. So, how about getting yourself to this heritage wonder and exploring its richness? Following are the must-visit places in Bidar without which your trip to this ancient beauty is certainly incomplete.

Home to 30 monuments, Bidar Fort is one of the largest and impregnable forts in Karnataka and hence, it is a popular destination for history lovers. It is believed to have been built during the early 15th century by Ala-ud-Din of Bahmani dynasty and since then, this fort has been standing strong, showcasing its strength and historical significance.

With tough walls, large bastions, green lawns and beautiful gardens, it is also one of the gorgeous forts in South India. Even though it is only popular amongst locals and a few seasonal tourists, it is still a weekend destination for several offbeat travellers who come from all over the country to witness the rich heritage of Karnataka at Bidar.

Considering its marvellous structure, it also interests numerous architecture enthusiasts. So, when it can allure each and every type of traveller, why not plan a tour of Bidar now and witness its monumental beauty?

Located in the small hamlet of Ashtur on the outskirts of Bidar at a distance of about 4 km from Bidar Fort, Bahmani Tombs are the mausoleums of the Bahmani Sultans, who ruled Bidar for a long period of time during the 15th and the 16th centuries. These are eight in number and are dedicated to the eight kings of the Bahmani dynasty.

Even though these tombs are in dilapidated conditions, they still never fail to surprise visitors with their commendable structural formation and peaceful surroundings. If you are an ardent lover of history who always looks forward to learning about the bygone era, then Bahmani Tombs are your destinations.

Another historical marvel within the boundaries of Bidar, Mahmud Gawan Madrasa is an ancient Islamic college and is said to have been constructed during the early 15th century under the reign of the Bahmani Sultanate. It was a residential college where hundreds of students from Bahmani kingdom used to learn about Islamic traditions, culture and history.

However, later on, it was demolished after being attacked by the Mughal ruler Aurangzeb when he was on his mission to invade the southern parts of India. Today, it is under the care of the Archaeological Survey of India and is visited only by locals and a few historians. It is also known for its remarkable architecture, which is one of its kind in Bidar.

A pilgrimage centre of the Sikhs, Guru Nanak Jhira Sahib is one of the most visited tourist spots in Bidar and is frequented by hundreds of tourists and travellers too. Dedicated to Guru Nanak Dev, the founder of Sikhism, it was built in the year 1948 and since then, it has been a major landmark in Bidar.

The presence of beautiful gardens and lush greenery also helps in attracting several photographers. You can also spot a holy tank within the compound of the temple where Sikh followers come to get rid of their sins after cleansing their soul. If you are looking for a peaceful place where you can just sit and relax amid serenity, then Guru Nanak Jhira Sahib is the place you should visit.

How about a little bit of adventure in Bidar? Well, if it is a yes from your side, then do not forget to visit Narasimha Jharni Cave Temple. Located on the slopes of the rocky hills and dedicated to Lord Narasimha, the fourth incarnation of Lord Vishnu, it is a cave temple, which is believed to be thousands of years old.

If you desire to reach the sanctum sanctorum of the temple, then you need to pass through a 300 m long tunnel which is filled with water and is also inhabited by a few bats. As per Hindu mythology, when the demon Jharasura was killed by Lord Narasimha in this cave, he converted into water and started flowing in this cave. Since then, the water of the cave has never dried up. Today, it has become a pilgrimage site and is visited by thousands of tourists and Hindu devotees every year. 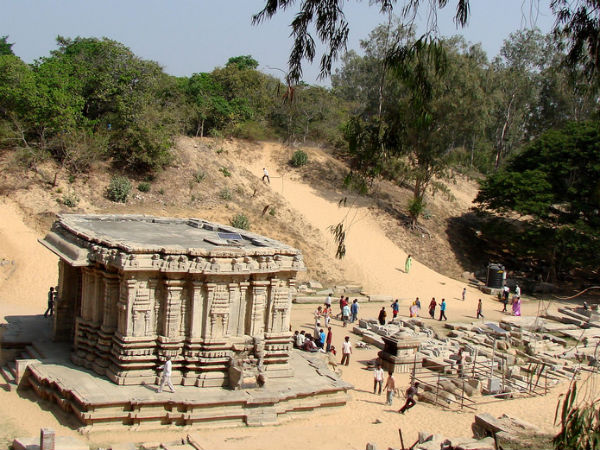 Talakadu: The Mini Desert In Karnataka