Scientific Or Supernatural? Come Explore The Freaky Places Of The Country 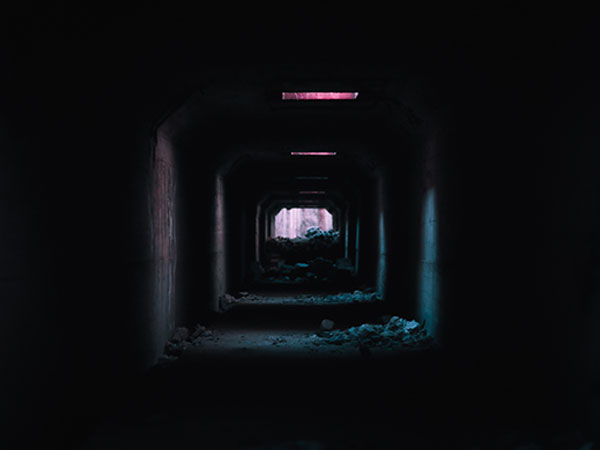 India is a land of various cultures and traditions, with appealing attractions, blending in seamlessly. The country is home to several mysterious places as well. These interesting places are shrouded in mystery, and even have confounded researchers for ages. Such places have always been a centre of curiousness that even science has failed to demystify. The mysteries unknown have always fascinated and intrigued the human mind. So come and explore the harrowed lanes and by-lanes of this country, encounter some spine-chiling experiences you may never forget.

Kindle your wanderlust for the mountaineous highroads and ride on the hilly and mysterious terrains of the Magnetic Hill of Ladakh. The Magnetic Hill is enveloped by lofty and tall rocky mountains all over. On the route, nearly 30kms outside Leh, lies a stretch of road which seems to go uphill. With wide open and barren stretches of land making up for serene picturesque panoramas, the notorious Magnetic Hills is known for the queer activities that goes on in the area. On its uphill route, the Magnetic Hill creates some sort of optical illusion, for which, the entire uphill road appears a slant running downhill. This is not all, the roads have some kind of queer magnetic activity going on, which is so strong and powerful that even if your vehicle's ignition is turned off, the magnetic activity of the area is of such magnanimous strength, that it is able to pull your vehicle uphill with the turned off ignition. The locals near-by have their own theories and opinions for this mysterious happening; however, the actual cause is yet to be discovered.

The Jatinga village in Assam is located nearly around 30 km from the town of Silchar. The mysterious happenings that shroud the village are actually sad. The village witnesses a large massacre of different bird species falling down relentlessly from the sky. The village is witnessing this sad suicides of several bird species for many decades now, and nobody could identify the cause behind it. This despairing event most likely takes place in the post monsoonal months, somewhere around October, and which has befuddled many researchers and activists from animal welfare authorities as nobody could figure out the reason behind this heavy suicidal act by birds. Rumours have it, that this is actually not a mystery but something that the villagers have artfully devised to veil the act of killing birds. Well, whatever be the reason, this queer occurring most certainly fills you with sadness.

To the very south of the country, lies another mysterious wonder in the small village of Lepakshi, Andhra Pradesh. A temple, dating back to the 16th century, houses a series of 70 stone pillars. With extraordinary architectural craftsmanship, the uniqueness of the temple stands out through one of its 70 pillars, which is literally hanging from the ceiling. That particular pillar doesn't touch the floor, and has been this way since centuries! This pillar hangs a few centimetres above the floor and has befuddled the visitors since ages!

When it comes to mysteries and secrets, Rajasthan is one such place that is never going to disappoint you. The state bears secrets and stories of age old palaces, kings and their treasures, of heart-breaking eternal love stories and of course of the sufferers who died a painful death and now forms a part of the broken synchrony that is a reality. The Kuldhara village, situated at a stretch of 20 km from the city of Jaisalmer, is the bearer of one such mystery. According to stories, the village is abandoned for nearly around three centuries and was once home to hundreds of people from a local community. The village is now a mere ruin, under the supervision of the Archeological Survey of India department. With a lot of conjectures circling around the village, the real reason why the entire population of the village vanished overnight, is yet unknown. For people who tried to inhabit the village lately, have reported to experience paranormal activities, which enforced them to leave as well.

Comments
Read more about: mysterious places unique travel ideas travel india
Other articles published on Jun 7, 2016
We use cookies to ensure that we give you the best experience on our website. This includes cookies from third party social media websites and ad networks. Such third party cookies may track your use on Nativeplanet sites for better rendering. Our partners use cookies to ensure we show you advertising that is relevant to you. If you continue without changing your settings, we'll assume that you are happy to receive all cookies on Nativeplanet website. However, you can change your cookie settings at any time. Learn more
Change Settings Continue