Top Attractions Which Would Make You Fall In Love With Gujarat 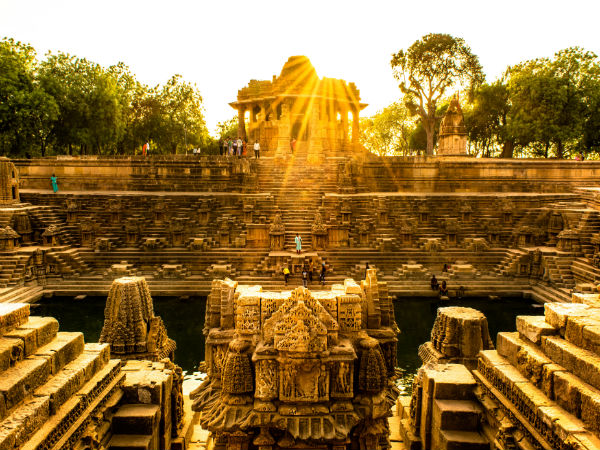 Located on the western coast of India, Gujarat, until recent times, did not make its presence felt on the tourist map. The state is home to quite a large number of amazing tourist attractions, which are very diverse, starting from structures with amazing architecture, temples to wildlife. The place is truly worth exploring and is a perfect escape for those waiting to get away from the various metropolitan cities of the country.

Like most other places in the country, there are certain well-known places of interest as well unknown ones to visit. Every single place in the state of Gujarat is truly a gem which needs to explored and experienced. Have a look at some of the well-known and lesser-known ones and decide where you want to head to first.

One of the lesser-known UNESCO World Heritage Sites in the country, Champaner, which is filled with historical, architectural and archeological treasures, showcases both Muslim and Hindu traditions that date back to a time frame between the 8th and 14th centuries. The region includes a hill fort, palaces, places of worship, residential areas, reservoirs and much more.

Saputara in translation means the abode of serpents and is located on a dense forested plateau atop the Sahyadri range. Saputara is often considered as the lone hill station of Gujarat and has been developed into a tourist destination with quite a number of attractions.

Located along the coast en route Dwarka, Marine National Park was established in the year 1982 and is one of a kind in the country. However, this exotic national park is not known to many.

Made of 42 islands, 33 of them are surrounded by coral reefs and are home to a diverse population of marine and avian species. Visit during the winter months and be prepared to make your way through ankle-deep water on the seabed.

A UNESCO World Heritage Site, Rani ki vav is an ancient stepwell which dates back to the 11th century and was constructed during the time of the Solanki dynasty in memory of Bhimdev I by his widow.

The stepwell showcases stairs which go down seven storeys and panels which contain more than 500 sculptures.

The hamlet of Modhera is home to one of the many significant sun temples in the country. Constructed in the 11th century by the rulers of Solanki dynasty, the temple is a breathtaking structure which houses a carved stepped tank and assembly hall apart from the main shrine. The sanctum is placed in such a way that it would receive the first rays of the morning sun at the break of dawn.