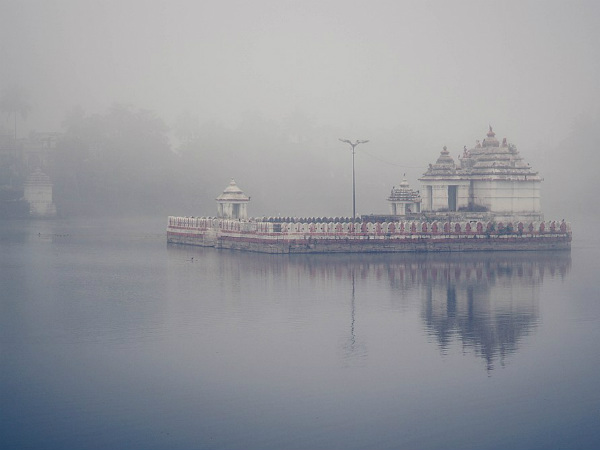 Each and every town in India is known for its unique features. Some are known for their legendary history, numerous for their pilgrimage sites and several for their natural beauty. However, there are a very few places in the country which are equally popular for their natural as well as historical beauty. One such place which has found its way to the bucket list of every Indian traveller is Bhubaneswar. One of the most visited tourist destinations in eastern India, Bhubaneswar is the capital city of Odisha and forms a golden tourism triangle with Puri and Konark.

Well, how much do you know about Bhubaneswar? Following is the list of top fascinating facts about Bhubaneswar which will certainly leave you amazed. These facts will eventually tell you in detail about the beauty of Bhubaneswar and why it needs to be explored by every tourist and traveller.

One Of The Few Planned Cities

What are the cities that come to your mind when you hear the phrase - planned cities in India? Certainly Chandigarh or Jamshedpur. If Bhubaneswar doesn't strike your mind, then let us tell you that it is one of the first planned cities in India which were founded after the independence of the country. As per records, the foundation of Bhubaneswar was laid in the year 1948 by the first prime minister of India, Jawaharlal Nehru. Since then, it has been progressing rapidly.

Dates Back To Thousands Of Years

Yes, the history of Bhubaneswar dates back to the period before the Common Era when the region was the part of the Kalinga Empire. One can still find the remains dating back to the 3rd century BCE on the outskirts of Bhubaneswar.

However, one can also find several mentions of the Kalinga tribe, which inhabited the region thousands of years ago, in the epic Mahabharata. Therefore, it wouldn't be wrong to call Bhubaneswar one of the oldest places in India.

To everyone's surprise, Bhubaneswar has become a hub of start-ups over a period of time. As per recent reports, it will soon overtake Bangalore as the city with the most number of start-ups running successfully. Did you know this interesting fact about Bhubaneswar? Certainly not. From fashion to food, it is harbouring hundreds of start-ups today.

The Place Which Changed Ashoka Forever

If you have ever been a student of Indian history, you must have read about the famous Kalinga War, which was fought between the Mauryan King Ashoka and the independent state of Kalinga during the 3rd century BCE.

Do you know Bhubaneswar is the same place where this war was fought? After witnessing the death of thousands of people in the war, King Ashoka thought of converting himself into a monk. Therefore, Bhubaneswar is referred to as the place which changed Ashoka forever.

One Of The Fastest-developing Centres

If you think Delhi, Mumbai and Bangalore are the only cities which are developing at a fast rate, then you really need to plan a tour of Bhubaneswar. As of now, this gorgeous city is one of the major commercial, educational and cultural hubs in India.

It is also an emerging IT hub in India and is all set to overtake other biggies, such as Bangalore and Pune, soon. Well, the time has come to consider visiting Bhubaneswar before it gets into absolute commercialisation.

Home To Hundreds Of Temples

Bhubaneswar is called the temple city of India for a reason. As per historical records, it was once home to thousands of temples which were frequented by millions of people every year. Today, Bhubaneswar still houses hundreds of temples; some date back to several centuries and a few are constructed in recent times.

Therefore, it has also gained popularity as a pilgrimage destination amongst Hindu devotees and other seasonal tourists. The most prominent ones include Lingaraj Temple and Rajarani Temple.

Bhubaneswar is also famous for its local cuisine. There are several dishes and sweets which are believed to have been originated within the boundaries of Bhubaneswar. The list includes sweets such as pahala rasgulla and chenna gaja. Both these scrumptious dishes are made from chenna, which is similar to cottage cheese and is prepared from buffalo milk.

Comments
Read more about: india travel tourism bhubaneswar odisha temples weekend
Other articles published on Aug 29, 2018
We use cookies to ensure that we give you the best experience on our website. This includes cookies from third party social media websites and ad networks. Such third party cookies may track your use on Nativeplanet sites for better rendering. Our partners use cookies to ensure we show you advertising that is relevant to you. If you continue without changing your settings, we'll assume that you are happy to receive all cookies on Nativeplanet website. However, you can change your cookie settings at any time. Learn more
Change Settings Continue