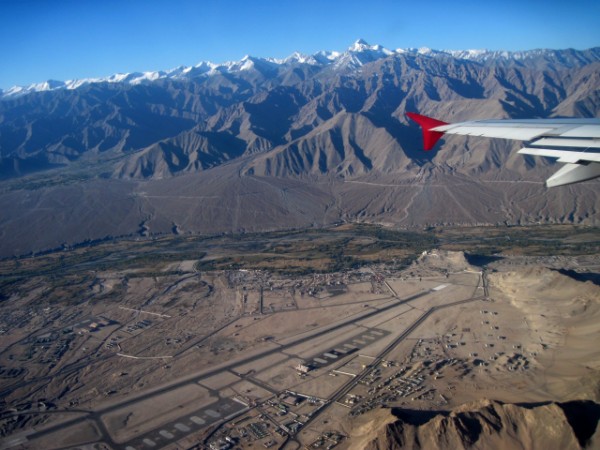 Airports are usually places where people begin or cease a journey. But what if those airports turned out to be even more beautiful than the destinations themselves? Let's see a list of Top 6 Most beautiful airports in India. These are some of the spectacular and scenic airports in India that would make you go weak in the knees!

Top 6 most beautiful airports in India are..

Situated at 3,256 metres above sea level, Kushok Bakula Rimpochee Airport in Leh is one of the highest commercial airports in the world! Set amidst a gorgeous landscape, it is undoubtedly one of the best scenic airports in India.

Agatti Aerodrome is a sole airstrip in Lakshadweep islands known not only for its relevance, but also for its majestic backdrop! This thin stretch of airstrip in to the sea is spectacular to see from the sky.

Also known as Kangra airport or Dharamsala-Kangra airport, Gaggal airport is located in Kangra, 14 kilometres south west of Dharamsala. At an altitude of 2492 feet above the sea level, it is certainly one of the spectacular airports in India!

Lengpui airport in Mizoram is a domestic airport located at a distance of 32 km from Aizawl, the capital of Mizoram. It is one of the best airports in India. It is the first large airport in the country to be built by the State Government.

At a distance of 22 kilometres from Shimla, Shimla airport was constructed by cutting down a mountain top and levelling the area to form the single runway. At an altitude of 1,546 metre above the sea level, it's one amongst the high altitude airports in India!

Goa International Airport, more commonly known as Dabolim airport, is an international airport located in the Dabolim city of Goa! It is the sole airport in the state and has a unique charm because of the majestic backdrop it has been set in!

This is the list of top 6 most beautiful airports in India. These scenic airports would exhilarate you as much as the destinations you are heading towards ! Happy travelling:)