These 5 Places In Munger Call For An Exploration 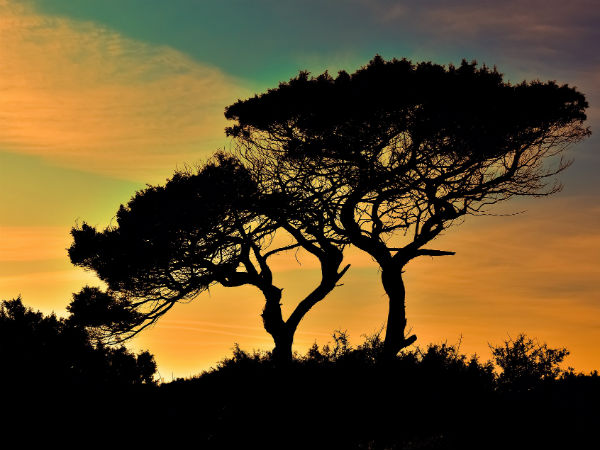 If you are a lover of history, then you must have heard of Munger in the state of Bihar. If not, then let us tell you everything about this beautiful town, its mesmerising spots and why it deserves to be explored by every traveller. Located on the banks of river Ganga, Munger is a historical place and is popular in the chapters of the bygone era as the ruling seat of the kings in Bihar. Today, it is one of the largest cities in the state and is a must-visit destination on account of the presence of numerous alluring destinations within its boundaries.

If you would love to find yourself amid the lanes of this unexplored town, then the following list will definitely interest you. The list contains the top 5 places in Munger, ranging from natural sites to historical spots. Read on to know more about them.

Kastaharni Ghat is a beautiful bank of river Ganga and is primarily used by locals for bathing. Apart from its natural significance, this relaxing ghat is also known for its historical and religious importance.

As per local legends and Hindu mythology, it is believed that Lord Rama and Lord Lakshman took rest at this point while they were coming back after killing the demon Taraka. Therefore, it is considered as a holy place.

Hundreds of people come here every month to take a bath in the waters as it is believed that whoever takes a holy dip in these waters of river Ganga at Kastaharni Ghat gets rid of sins and leads a happy life thereafter. Wouldn't you love to witness the beauty of such an enchanting ghat?

Another significant spot which was once the identity of Munger, Munger Fort is a ruined structure which was built on the banks of river Ganga atop a hill during the reign of the Mamluk dynasty in the 13th century.

However, later on, it was controlled by several other dynasties and army forces, ranging from the Mughals to the British. Today, the major part of the fort is lying in ruins. However, it still attracts hundreds of history lovers and travellers throughout the year.

If there is any place where one can profoundly learn about the history of Munger, then it is certainly Munger Fort. Therefore, you shouldn't miss out on this beautiful spot. The Bihar School of Yoga which was established in the year 1963, is located within the main compound of this fort today.

If you are a wildlife lover or a photographer, then Bhimbandh Wildlife Sanctuary is your calling. From rare species of plants to endangered species of animals and birds, there is a lot to witness here.

Established in the year 1976, this beautiful tourist spot is blessed with thick forests and lush green hills. The major species which can be found here include tiger, peafowl, barking deer, nightjar and blue jay.

There are several other places in the vicinity of this sanctuary which can be explored. The list includes places such as Rishi Kund, Kharagpur Lake and Rameshwar Kund. So, don't you think a visit to Bhimbandh Wildlife Sanctuary in Munger will be an unforgettable experience?

Chandika Sthan is one of the 51 Shakti Peethas in India and is a beautiful temple dedicated to Goddess Shakti. Therefore, it is considered as one of the highly revered temples in the state amongst Hindus.

As per Hindu mythology, it is the place where the left eye of Goddess Sati fell after her corpse was cut into 51 parts by Lord Vishnu. The temple was built thousands of years ago during the period of the epic Mahabharata.

If you would love to take a stroll amid peaceful environment, then you must visit Sri Krishna Vatika. It is a small beautiful garden in Munger which makes for a perfect evening and morning destination for the locals who come here to enjoy its serene and unpolluted atmosphere. The garden is also home to a few historical monuments. So, what do you think about exploring this mix of nature and history? Wouldn't you love to spend a relaxing time in Munger?