Top 5 Forests In India To Visit For Every Nature Lover 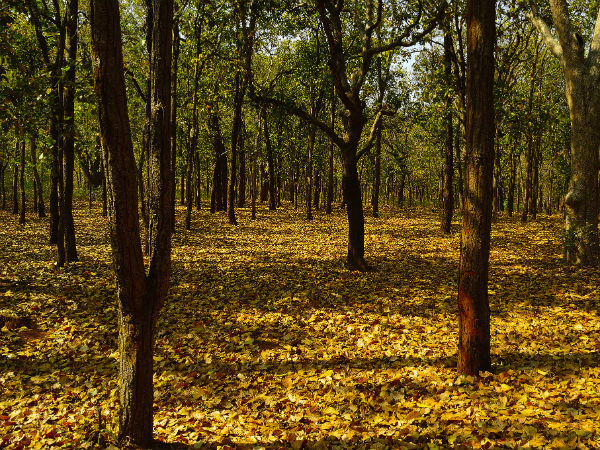 Forests are the greatest escapes into nature that every nature lover dreams of indulging in every now and then. Our country is blessed with all kinds of landscapes, right from mountains to beaches, in plenty. With natural resources in abundance, planning a vacation to one such destination isn't hard.

With a diverse biodiversity that is spread throughout the country including trees of all species, like deodar, pine, etc., a visit to wild forests is a must for every nature enthusiast. If you've hit a point where you've been craving for some time in lush greenery, then stop right now and visit any of these top 5 forests in India.

This mangrove in Odisha is an area that is spread across 650 square kilometres and is nestled in the river delta of two beautiful rivers namely river Brahmani and Baitarani. It houses 55 different species of mangroves and the core area was named as Bhitarkanika National Park.

With Gahirmatha Beach lining the national park on one side and lush greenery coupled with intriguing wildlife on the other, Bhitarkanika Mangroves is definitely a nature enthusiast's haven.

This huge forest of West Bengal was declared as a UNESCO World Heritage Site since this region was considered to be one of the world's natural wonders. Sundarbans is nestled on the deltas of rivers Padma, Meghna and Brahmaputra and it happens to be the world's largest coastal mangrove forest.

In fact, "Sundarbans" literally means "beautiful forest" in Bengali. The forest has rich thickets of Sundari trees and is also home to freshwater swamp forests. You can spot wild animals like chital deer, royal Bengal tiger, etc., in the section declared as Sundarban National Park.

The rich ecosystem of Nilgiris Biosphere Reserve, as the name suggests, is a part of the Nilgiris ranges of the mighty Western Ghats. It is not only home rich biodiversity, but also to several tribal groups like Todas, Kotas, Malayan, etc.

Enjoy watching over a 100 species of mammals, such as Indian elephants, nilgiri tahrs, lion-tailed macaque and 350 species of birds, living in the thickets of the beautiful Nilgiris Biosphere Reserve.

Located in Kerala, Silent Valley is a pristine natural reserve that has a history of close to zero human intervention. This mesmerising forest is home to evergreen vegetation and stunning wildlife including innumerable species of birds, butterflies and more.

Some of the things you may indulge in here include trekking, birdwatching or a trip to a nearby village perched at a height that allows a magnificent bird's-eye view of the entire Silent Valley.

This protected area of Tamil Nadu is located in the south-western region of Chennai. This beautiful evergreen shrub forest that is part of the Eastern Ghats vegetation is home to Arignar Anna Zoological Park. Also known as the Vandalur Zoo, it is home to animals like giraffe, jaguar, camel, etc. In this park, night safari was also proposed. Take a break and head to the Vandalur forest and zoo.

Comments
Read more about: nature wildlife sundarbans unesco world heritage site
Other articles published on Nov 20, 2017
We use cookies to ensure that we give you the best experience on our website. This includes cookies from third party social media websites and ad networks. Such third party cookies may track your use on Nativeplanet sites for better rendering. Our partners use cookies to ensure we show you advertising that is relevant to you. If you continue without changing your settings, we'll assume that you are happy to receive all cookies on Nativeplanet website. However, you can change your cookie settings at any time. Learn more
Change Settings Continue