Nativeplanet
»
Travel guide
»To The Varanasi Of The East: Mandi From Delhi

To The Varanasi Of The East: Mandi From Delhi 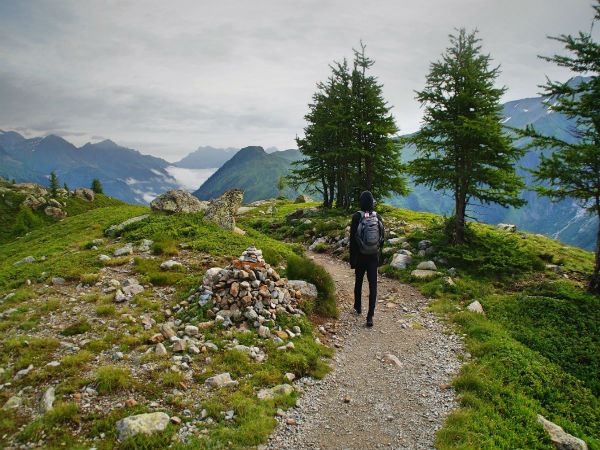 With more than 81 temples, Mandi is fondly called the Varanasi of the east and is located on the banks of the Beas river. At a distance of about 70 km from Kullu, the place gets its name from a sage named Mandav, who is believed to have meditated here. Mandi is considered as the second most populous town in the state of Himachal Pradesh, after Shimla.

The place marks the beginning point of various treks such as Rewalsar, Shikari Devi, Barot and many more which are popular amongst the trekking enthusiasts. Mandi is home to various pilgrimage sites and irrespective of faith, it draws visitors.

The best time to visit the place is during the months starting from March to October as the weather remains pleasant and one can watch the snow-capped mountains and various beautiful creations of mother nature.

By Air: The Bhuntar Airport located at Kullu is the nearest airport which is about 60 km away from here. The airport has regular flights which operate to Delhi, Chandigarh, Shimla, etc.

By Train: Joginder Nagar is the nearest major railway head which is located at a distance of 50 km from here and has regular trains to most of the major towns and cities across the country such as Delhi, Chandigarh, Kolkata, etc.

By Road: One of the best ways to reach the place is by road, as the place has good connectivity via road transportation with plenty of buses which connect the place to major towns and cities across the state of Himachal Pradesh.

Delhi is located at a distance of 415 km, from where Mandi can be reached by a number of routes which are as follows:

If you chose Route 1, it would take you about 8.5 h to reach Mandi from Delhi which is located at a distance of 415 km, via NH 44 and NH 205 which would pass by some of the major towns and cities such as Ambala, Kurkukshetra, etc. before reaching Mandi.

Fondly called the Land of Bhagavad Gita, it believed that Lord Krishna narrated the Gita to Arjuna here before emerging victorious in the Kurukshetra battle which was fought between the Pandavas and Kauravas. Hence, the place is considered as one of the holiest places for the followers of Hinduism and for those who believe in the message of the Bhagavad Gita.

Due to its closeness to Hinduism, the place is home to a number of temples, ponds, etc. which hold an important place in the hearts of devotees such as the Brahma Sarovar, Sthaneshwar Mahadev Temple and Bhadrakali Temple where the Pandavas are believed to have offered prayers before the final battle with the Kauravas.

Mandi is a place which is holy to the followers of Sikhism, Hinduism and Buddhism and makes it one of the most beautiful and remains an unusual destination in the state of Himachal Pradesh. The town is curled around the lake of Rewalsar which is considered holy by the followers of Buddhism, as it is believed that the lake came into existence when the King of Mandi tired to kill Guru Padmasambhava.

For those people who would loved to enjoy beautiful landscapes, well this is the place for one to be. With plenty of trekking trails, mountaineering and skiing one makes the most out of the place. For those who enjoy wildlife, you would come across the Shikari Devi Wildlife Sanctuary which is the abode of various species of fauna such as the leopards, black bear, barking deer, Himalayan palm civet, etc.

Taking the shape of a square, the Rewalsar Lake has a shoreline of 735 m which is protected by a variety of dense vegetation and is well known for the floating islands of reed. As per legends Guru Padmasambhava used tantric powers to fly from Rewalsar to Tibet; it also believed that he still lives in the lake by taking the form of reeds.

The major attraction here is the statue of Guru Rinpoche which overlooks the lake; the place also has a gurudwara which was built in the year 1930 by Raja Joginder Sen and also has temples dedicated to Lord Krishna, Shiva and to a sage called Lomas.

The 500 odd year old garden is one of the major draws of the place with its Pagoda-like structure along with a clock tower and attracts a large number of visitors. It is believed that an erstwhile King of the region murdered his son-in-law and buried him in the area.