To The Paradise Of Nature Lovers Chakrata From Delhi 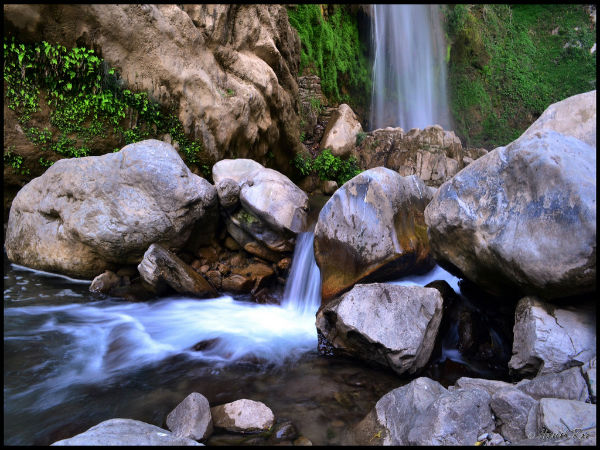 Chakrata is a cantonment town which is located in the district of Dehradun in the state of Uttarakhand. The place finds its location between the rivers of Tons and Yamuna and is situated at an altitude of about 7250 ft above sea level. Located at a distance of 98 km from Dehradun, Chakrata was a cantonment of the British Indian Army, which was established in the year 1866 by Colonel Hume, and is also the permanent garrison of the Special Frontier Force of the Indian Army.

The region of Chakrata town is home to the Jaunsari tribe, due to which the place is also known as Jaunsar-Bawar. Surrounded by lush green forests, this place enables one to have rejuvenating break in the lap of Mother Nature. The pleasant weather makes it a perfect destination for those looking out for a relaxing holiday. Chakrata is also home to a number of treks and one can enjoy skiing here especially during the winter months.

Chakrata is one of the rare beauties in the region which is open throughout the year and can be visited anytime during the year. The main reason for this is the pleasant climate which attracts quite a number of tourists in the state of Uttarakhand.

By Air: The nearest major airport is the Dehradun Airport which is located at a distance of 116 km from Chakrata. The airport receives quite a number of flights from across major airports in the country, such as Delhi, Kolkata, Bengaluru, Mumbai, etc.

By Train: The nearest railhead is the Dehradun station which is located at a distance of 88 km from Chakrata. The station is well connected by regular trains which connect the city with various major stations across the state and to a number of them across the country.

If you opt for route 1 to reach Chakrata from Delhi, it would take you about 7 to 8 h to cover a distance of 319 km via the NH 44; this route cuts across the popular towns of Panipat, Yamuna Nagar and many more places in the outskirts of Delhi.

Panipat is a well-known destination in the state of Haryana. The place has witnessed three historic battles which paved way for Panipat to be find its place in the history books of the country. The city and the district goes by the same name and is home to a large number of monuments which are both historically and culturally important.

Like most other places in the country, Panipat is home to a large number of religious sites. The Kabuli Shah Mosque, built by Babur, is one of the major draws here apart from Devi Temple, which is well known for its architecture. The temple attracts a large number of visitors who come seeking solace in the deity.

Apart from temples, one would come across a number of tombs in the city. One amongst them is the tomb of Bu Ali Shah and the memorial dedicated to Hemu who fought against the Mughal army during the Second Battle of Panipat.

Another attraction here is the garden at Kabuli Bagh which houses a mosque and a tank constructed by Babur to commemorate his victory over Ibrahim Lodhi.

Chakrata was developed by the British and used as a summer retreat for the officials of the British East India Company. The place celebrated with dense green forests all around which makes it a favourite tourist spot for those who come looking for places to explore the grandeur of Mother Nature.

The forests here are home to a rich variety of flora and fauna where one would find various wildlife species too, such as wild fowls, panthers and spotted deer amongst many others.

The tall mountain ranges of the place is home a number of adventurous activities, such as trekking. For those who love trekking, the Kharamba Peak, which also happens to be the highest one in the region scaling the heights of 10,000 ft, awaits you. Apart from this one can go for numerous other treks, camping and nature walks across the borders of the hilly retreat

Away from the chaos of urbanisation, one would come across the charming Tiger Falls. Surrounded by dense forests, this 50 m cascading beauty converges into a small pond.

The place is a hidden gem and hence, does not have many visitors and remains away from any form of commercialisation. It a favourite spot amongst trekkers and nature lovers.

Located at a distance of 26 km away from the town of Chakrata is Kanasar, which is a beautiful
place that attracts people for its green meadows and dense green forests. The place makes for a perfect honeymoon destination and is one of the best destinations for a picnic with your loved ones.

Budher is a place which is well known for its ancient caves; they are also known as Miola caves. Miola was a German national who discovered the caves; however, the caves are still left unexplored due to the difficult track. According to legends the caves were built by the Pandavas and extends 150 km in its length.