Nativeplanet
»
Travel guide
»To The Land Of Havelis - Mandawa From Delhi

To The Land Of Havelis - Mandawa From Delhi 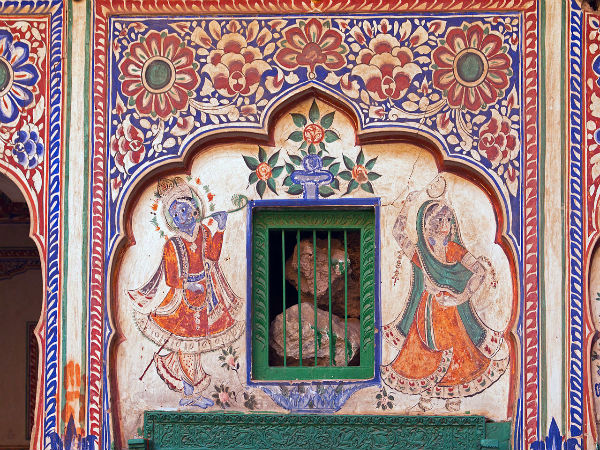 Located in the heart of the Shekawati region is the town of Mandawa, which attracts a large number of visitors who love art and the rich culture of the place. The place is one of the oldest cities of the region and was an important stoppage for traders and merchants, who exchanged goods through the silk route long time ago. The city is home to a large number of palaces, havelis and forts which exhibit the rich cultural heritage of the town.

The once glorious town, now stands as an example of architectural finery which helps one understand how things were back then. Mandawa is at times called an open art gallery simply due to the fact that it exhibits marvellous architectural wonders that would unfold before your eyes.

Best Time To Visit: Although the place is a year-round destination, the months from October to March are the best months to visit as the weather remains pleasant during this time.

By Air: The nearest airport is the Jaipur airport, which is located at a distance of 151 km from here. The airport is well connected to a number of major airports around the country, such as Delhi, Bengaluru, Chennai, Kolkata, Mumbai, etc.

By Train: Jhunjhunu is the nearest major railhead to Mandawa, which is located at a distance of 30 km from here. The station is well connected to major towns and cities across the state of Rajasthan as well as to some of them to Delhi.

By Road: One of the best ways to reach this heritage town is by road as the place is well connected with regular bus services to almost all the major towns and cities. Mandawa is relatively a small town with a lot of places to see; hence, one could walk through the streets and get to know the place better.

The total driving distance from Delhi to Mandawa is about 231 km which would take one about 5 to 6 h to reach. One can opt to reach the place by taking one of the following routes:

Chirawa is one of the most well-developed towns in the Shekawati region of Rajasthan. The place is well known to be the abode of the numerous well-known communities, such as the Birlas, Piramals, Khaitans, Dalamias, Poddars and many other rich business communities.

The town is considered one of the richest towns in the entire country and is well known for an indigenous sweet meat called peda. The place is also well known for its large number of mansions and temples, which mark the identity of the place. Some of the well-known temples here are the Pandit Ganesh Narayan Temple, Gugoji Temple and the Jain temple of Shrimalo Ki Mahal.

Mandawa is considered one of the most happening villages in the Shekawati region as it attracts a large number of visitors for its countless havelis and forts. Most of these structures are now converted into heritage stays and star hotels, which actually contribute to large inflow of the touristy crowd to this small hamlet.

Amongst the countless heritage structures here, the Castle Mandawa is one of the most notable ones with its beautiful murals, ornate carvings, etc. Although the fort is now converted into a heritage hotel, it still attracts people who love to pamper themselves in the facilities provided at the stay and enjoy the marvellous views which it offers.