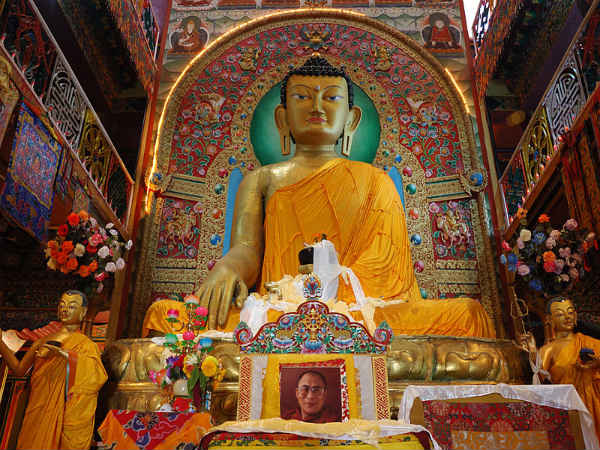 Tawang is one of the upcoming tourist hubs of North East India and surely of Arunachal Pradesh. Situated at an elevation of 10,000 sqft, Tawang is bordered by Bhutan, Tibet and other districts of Arunachal Pradesh. This small town is mostly inhabited by Monpa tribes, who are quite lively and jovial by nature. Apart from its military importance and natural beauty, Tawang is renowned for its monastery where Dalai Lama spent few days.

A trekker's paradise, Tawang is mostly trekked during the month of October. Plan out for this wanted tourist destination both for trekking and for relaxation. The breathtaking views amidst chilled weather and fresh wind is hard to resist. There are trek routes for both rigorous trekkers and first time trekkers. Other than trekking one can also meet Lama Monks who are friendly enough to make you familiar with this heavenly place in Arunachal Pradesh and will also guide you through unknown routes.

What to See: The mystical land of Tawang houses the famous Tawang Monastery which belongs to 17th Century. Considered to be the second largest monastery in Asia, the 14th Dalai Lama fled here when China attacked Tibet. Regyaling Gonpa, Urgelling Gonpa Taktsang Gonpa and Gorsam Chorten are other monastries in Tawang.

There are few nunneries which can be joined if one is willing to become a nun. Travellers can also visit these nunneries or Ani Gonpa as a part of their travel in Tawang. Gyangong Ani Gonpa, Brahma-dung-chung Ani Gonpa and Singsor Ani Gonpa are some of the nunneries in this part of Arunachal Pradesh.

Some of the spellbinding lakes of Tawang are Pangang Teng Tso Lake, Shonga-tser Lake and Banga Jang Lake. The snowcapped peaks and hilly landscape looks captivating from these lakes. Gorichen Peak and Ghesila Peak are a challenge for the mountaineers and trekkers. Bongbong waterfalls and BTK waterfalls are a must visit for the tourists travelling to this beautiful land.

One can cover the local sightseeing of Tawang like War Memorial, Tawang Monastery and Emporium in half a day. The lakes, waterfalls and Indo-China border which is Bumla can be covered on the next day.

How to Reach: Tawang is easily accessible from Tezpur (319 km) and Guwahati (481 km) of Assam. Guwahati is well-connected with flights from various places in India, specially Delhi and Kolkata. Flights are also available till Tezpur from where tourists might take the roadways and proceed towards Tawang. It takes 10 hrs from Tezpur and 13 hrs from Guwahati. As it is difficult to complete the journey in one go, travellers are advised to halt at Bomdila and continue next day through the picturesque Sela Pass. Heavy snowfall during winter months might prevent journey from Sela Pass.

Rajdhani Express that runs till Guwahati can be availed by those who are travelling through train. Permits of Indian and international tourists are checked at Bhalukpong which is the border of Assam and Arunachal Pradesh.

Where to Stay: Tawang is one of those hill stations in Arunachal Pradesh which lacks comfortable accommodating options. Tawang Inn can be opted by the travellers. It is one of the most wanted among those who travel to Tawang. Hotel Tawang View is another such hotel which indeed gifts the tourists bewitching views of Tawang. Many other hotels are also available at the market area. Apart from these, government guest houses are also available.

What Else: Tawang is not only for monastery and scenic views. Tourists coming here can buy colourful prayer wheels used by Buddhist for their prayers. Intricate handicrafts like shawls, chadars, wrap skirts for women, lovely bags, Buddha statues and brass wares are some of the products which one can take as souvenir.

Thukpa is one of the Tibetean dish which is a must-try when one is in Tawang. This delicacy tastes all the more delicious when served hot. Monpa cuisine like Zan, Khura, Gyapa Khazi is mouthwatering. Other traditional dishes of Arunachal Pradesh includes momo which one might get in other parts of the state as well.