The Quaint Town Of Senapati In Manipur And Its Striking Spots 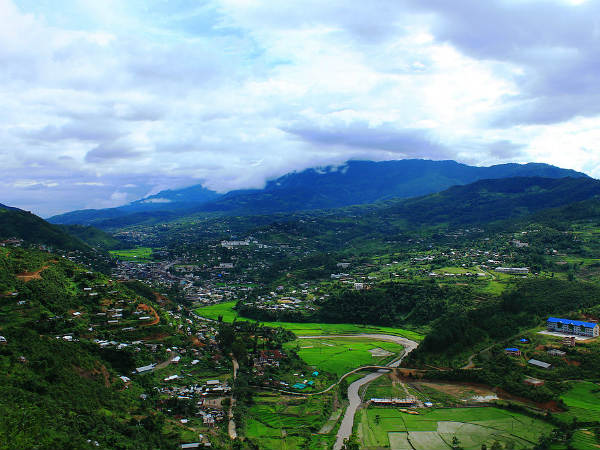 Where else in India can you find such an amazing town which is tucked away amidst green valleys, squashy meadows and towering hills? Of course, in the northeastern parts of India. As it is one of the least-explored regions in the country, it houses hundreds of surprising destinations which certainly seem like paintings made in heaven. One such place is the beautiful settlement of Senapati in Manipur. It is a small district covered with forests and farm fields and is popular only amongst local tourists. Are you looking for such a striking destination?

Well, if you are, then you have reached the right article. With green carpets of nature and an enchanting backdrop of the blue sky, Senapati is characterised by a pleasant weather and hence, it is a perfect place to spend your vacation amid seclusion and retirement. Read on to know about places to visit in Senapati.

Also referred to as Hiimai, Purul is a small hamlet in the district of Senapati and is inhabited by the Poumai Naga tribe, which is believed to have been in existence since the discovery of the village. Even though there is not much to explore at Purul, you will still be compelled to visit here again and again.

Such is the ambience of this quaint village that it can lead you through the world of composure and tranquillity. Apart from savouring its fresh environment, you can also mingle with the local tribes and learn about the culture and lifestyle of Senapati. Wouldn't you love to experience the beauty of a country life?

Another beauty hidden within the boundaries of Senapati district, Leimaram Waterfall, also known as Sadu Chiru Waterfall, gushes down the rocky hills as it meanders through thick forests and lush vegetation. As it is one of the most popular waterfalls in Manipur, it is a preferable weekend getaway for picnickers and photographers.

If you are looking for a place in Senapati where you can just chill and relax amidst the silence of forests and the melody of air, then do visit Leimaram Waterfall to gain such an everlasting experience. You can also visit the nearby Thangshi Waterfall and Agape Park. Isn't it a wonderful place to feel equanimity in nature?

Have you ever been to any place where the entire settlement works together as a family? If not, then here is your destination which deserves to be added to your bucket list. Yes, Yangkhullen is a small village which is known amongst locals for its unity. Here, the work is shared equally amongst the village members, which is then carried out sincerely.

Isn't it an interesting place? If you think the villages of India are getting influenced by the western culture, then you must look up to this unconventional village which is setting standards for others. Yangkhullen is also known for its natural beauty spread across farm fields, forests and hills.

One of the oldest villages in Senapati, Liyai dates back to several centuries and hence, it is also home to several archaeological sites. However, it is mainly visited by nature lovers and photographers. The presence of beautiful streams in its vicinity adds on to its overall charm and glamour. How about lazing by its unpolluted streams as you get lost in the echoing valleys of collectedness?

As they say, a trip to Liyai is certainly a soothing experience which no traveller would want to miss. So, get yourself on the road leading to Senapati this season and explore its beauty before it gets flooded with common tourists.

Makhel is popular as a sacred place in Manipur and is one of the significant places in Senapati. As per locals, it is believed to be the place where their ancestors settled down. Hence, it is considered as a site of religious as well as historical importance amongst the communities of Senapati. You can find numerous ancient monuments here.

The banyan trees growing with its boundaries are also deemed sacred as they are believed to have grown from the tomb of Naga mother. The major places here include the farewell monolith, dispersal trees of Shajouba and the triomonolith. If you are looking for a place where you can learn in detail about the history of Senapati, then you must visit Makhel and explore its ancient sites.