The Jagannath Temple of Puri, Odisha 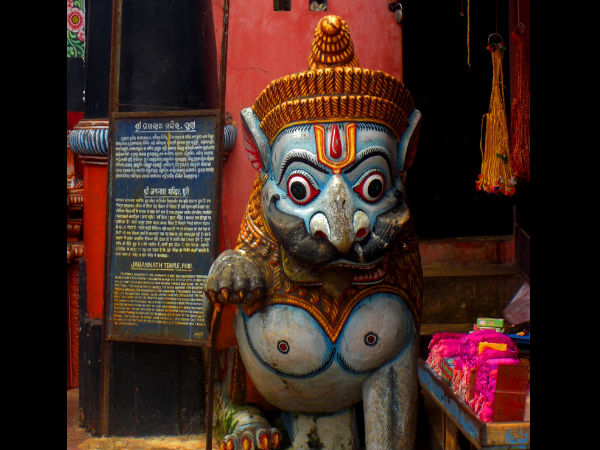 Situated in eastern India, Puri city in Odisha is also commonly referred to as Jagannath Puri after the famous Jagannath temple. This holy city that is also known for it's lovely stretches of beach is an ideal getaway both as a tourist as well as a temple destination.

Considered one of the seven holiest places for the Hindus in India, it comes as little surprise that the Jagannath temple here draws thousands of devotees every year for its various rituals and festivals. The most popular of them being the annual Jagannath Rath Yatra or 'Chariot Festival'.

The Jagannath temple is situated in a large complex spanning over 400,000 sq ft and fortified by 20 ft high wall known as Meghananda Pacheri. In the list of India's most stunning monuments, the Jagannath temple is a must-visit place for more than prayers. It flaunts the beautiful Oriya style of temple architecture and has many vivid sculptures, dramatic structures and is the home to over 120 temples and shrines.

The temple consists of four distinct structures; the sanctum sanctorum, the frontal porch, the audience hall or 'mandapa' and the offerings hall. It is the tallest temple in Odisha being built on an elevation. The upper portion follows the curvilinear form of architecture to form mountain ridge like shapes that dominate the Puri landscape. Crowning the top of the temple's roof is the eight-spoked wheel of Lord Vishnu known as 'Srichakra'.

The annual Jagannath Rath Yatra or 'Chariot Festival' is held in the monsoon season, representing the time when the three main deities travel to the Shri Gudicha Temple in large chariots on the streets among the public. The chariot itself is immensely elaborate, it has a square structure and towers at a height of 45 ft. The structure and the deities are so massive and heavy that the word Juggernaut was derived from the festival to represent anything overwhelmingly big or an unstoppable force.

On the outside, the entrance and gates that lead to the temple are also popular for their artistic finesse. The main entrance is called the Singhadwara or the Lion Gate because of the statues of two large lions crouching on either side of the entrance. The other gates also carry names after statues of animals protecting the entryway; such as the Hathidwara or the Elephant Gate, the Vyaghradwara or the Tiger Gate and the Ashwadwara or the Horse Gate.

Inside this temple is one of it's most important facet, the Jagannath shrine. Unlike the traditional stone shrines that most Hindu temples have, the shrine of Jagannath is carved from the wood of sacred trees. Even more amazing is that every 12 years, the wooden shrine is replaced with a new one, commissioned to be an exact replica and worked on with meticulous care.

The Jagannath temple in Puri is also popular for its various other smaller temples such as the Vimala temple, known to be one of the 'Shakthipeeths'. This is where goddess Sati's feet is supposed to have fallen.

The temple remains open from 5 am to 12 am. There is no cost for entry, unless it is for a special puja. Security at the entry to the temple is stringent during the festivals and non-Indians, or non-Hindus are not allowed inside the temple.

By Road: There are regular bus services every 10-15 min, between Puri and Bhubaneshwar as well as Cuttak. Direct buses are also available to Konark, Kolkata and Visakhapatnam.

By Rail: Puri is well connected by rail to all major cities. Trains are available to Delhi, Mumbai, Tirupathi, Kolkata, Chennai etc,

By Air: Bhubaneshwar airport is the nearest at 60 km from Puri. Travellers can proceed from here by taxi or bus.