Nativeplanet
»
Travel guide
»The Hidden Getaway Of Mungpoo From Darjeeling

The Hidden Getaway Of Mungpoo From Darjeeling 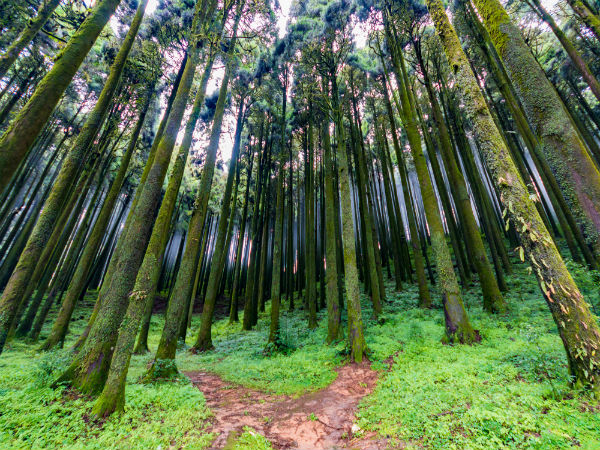 Mungpoo is a place which exhibits a haunting silence. At first sight, the place would appear as a hilly retreat which is filled with the never-ending tea estates along with the multihued orchid and cinchona plantations. On further observation you would find out that the region is indeed a tiny hamlet which has a particular charm with makes you stay.

About an hour away from the popular hill station of Darjeeling, Mungpoo was amongst the most loved escapades of Rabindranath Tagore. The town's capturing community laid the base to many of Tagore's literary works with its dense hidden alder and birch trees. Head to this town to have a glimpse of living in the minimalistic way in the terrains of northern Bengal.

The road which takes you to this gem from Darjeeling is filled with tea gardens rolling over the mountains along with peppers plantations and lush forests which are wrapped in the beauty of the orchids. Located in the mountainous district of Kalimpong, Mungpoo sits at altitude of 4000 ft overlooking the blue waters of the Teesta river.

Of Gorgeous Flora And Rare Fauna

The place is well in the northeastern part of the country for cinchona plantations with its first quinine factory dating back to 1864. Quinine, earlier was extracted out from the barks of the cinchona plants and was used as a remedy to cure malaria.

The town's lifeline to a large extent was dependent on the cinchona plantations before artificial quinine made its presence. The Mungpoo Cymbidium Orchid Park here is home to over 150 odd varieties of orchids which is a must visit.

Waking up to the noise of the cockerels, one can unwind under the gentle sun after which one can head to the magnificent Kalijhora waterfall, which makes its way down from a height of 550 ft to converge into the river Teesta at the northern side of the Mahananda Wildlife Sanctuary. Further, walk down to the Dinchhen Sherap Chhoeling gompa amidst the prayers and Buddhist hymns for an enriching experience.

Nobel laureate, Rabindranath Tagore, first came here after he was invited by his student, Maitreyi Devi, to her bungalow which looked onto the cinchona plantation and the quinine factory of the town. Since then he would regularly come to Mungpoo in the summers in search of a source of inspiration and peace of mind.

He last visited this retreat in the year 1940 before succumbing to an illness in Kolkata. Since then his home here was transformed into a museum and named as Rabindra Bhavan which houses original artworks, handwritten documents, furniture designed by Tagore and carved by his son Rathindranath Tagore.

The best time to visit this hilly escapade is in the month of June and between the months of October to December. During these months the climate is very pleasant and the plantations are in full bloom. Although the place is a year-around destination, these months witness a significant dip in the temperature which attracts quite a number of visitors.