Nativeplanet
»
Travel guide
»The Golden Triangle Of Eastern India: Through History And Spirituality

The Golden Triangle Of Eastern India: Through History And Spirituality 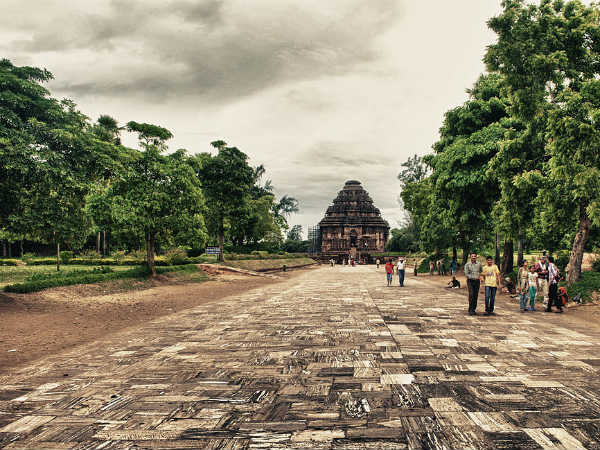 India is home to thousands of tourist centres, some are visited by locals, numerous by domestic travellers and a few by foreigners. However, there are also several places which are visited by all kinds of tourists and travellers and these places are responsible for promoting tourism in the country. Do you know about the Golden Triangle? Well, we are not talking about the Golden Triangle of India, which consists of three most-visited places in India, i.e., Agra, Jaipur and Delhi.

Here, we are dedicating this article to the Golden Triangle of eastern India, which consists of highly frequented places in eastern India, i.e., Bhubaneswar, Konark and Puri. Coincidentally, all these places lie in the state of Odisha. Hence, you need not travel long distances to cover these beautiful places which showcase the beauty of history and spirituality in India. Let's move on and read about these places and their tourist spots.

We all know Konark as the site of Konark Sun Temple, which is the major reason behind its popularity amongst tourists all over the world. Dedicated to Lord Surya, Konark Sun Temple was built during the 13th century by the Eastern Ganga dynasty.

However, later on, it was under the control of several dynasties and a few of them were also responsible for its destruction. Built in the form of a monumental chariot with huge wheels, this marvellous temple was carved out of stones.

Hence, it is considered one of the marvellous architectural beauties in India. It has also been declared as a UNESCO World Heritage Site. So, what do you think of visiting Konark and exploring this invaluable gem?

Apart from Konark Sun Temple, you can also visit Ramachandi Temple, Archaeological Museum, Kuruma, Konark Beach, Vaishnava Temple and Astranga. The beautiful gardens and parks around historical monuments in Konark are some other spots to visit.

Known as the temple city of India, Bhubaneswar is one of the significant pilgrimage centres in India amongst Hindus and is visited by millions of tourists from all over the world every year. As the history of this temple city dates back to thousands of years, you can find hundreds of historical monuments within its boundaries.

From caves to temples and parks to lakes, there is a lot to explore here. Hence, it is one of the most-visited tourist spots in eastern India, thereby, completing the circuit of the Golden Triangle. Wouldn't you love to explore this ancient city which showcases the rich culture and history of India?

Being a temple city, the most of the tourist places here include ancient temples, such as Lingaraj Temple, Rajarani Temple, Mukteswar Temple, Ananta Vasudeva Temple and Ram Mandir. Apart from temples, you can also explore the beauty of Nandankanan Zoological Park, Udayagiri and Khandagiri Caves, Deras Dam and Bindusagar Water Tank.

The spiritual city of India, Puri is one of the most-visited pilgrimage centres, as it one of the Char Dhams sites in India. Famous for its Jagannath Temple, known for hosting the world-popular Puri Rath Yatra, Puri is home to innumerable spiritual sites.

As per Hindu mythology, it has been in existence since the Vedic Period. Apart from temples, it also houses several natural sites which allure all kinds of travellers, ranging from bird-watchers to beach lovers.