Testament To A Majestic India – Nine Magnificent Forts Of Gujarat 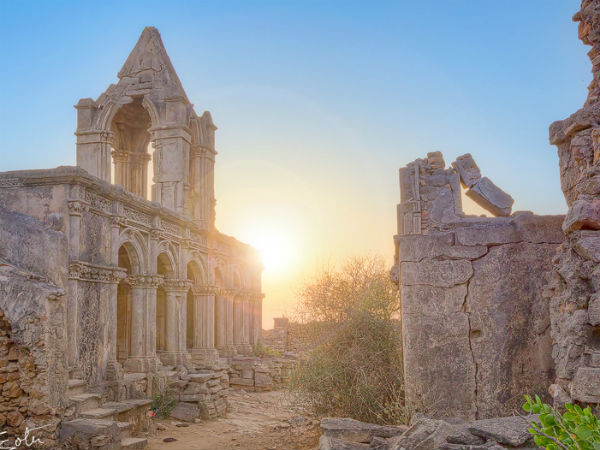 Gujarat has had a vibrant past and the forts are a testimony to this statement. Gujarat was one of the prominent centres of the Indus Valley Civilization. Due to its trade and commerce links with countries like Egypt, Bahrain and Persia, Gujarat was always a preferred place for its inhabitants.

The earliest history of Gujarat after the Indus Valley Civilization holds light to the Maurya dynasty; Chandragupta Maurya was a powerhouse when it came to architecture. He constructed many forts during his regime. Next came the Western Satraps, Satavahanas, Guptas, Chalukyas, Rashtrakutas, Palas, Chaulukyas and finally the Islam emperors. Then Gujarat fell into the hands of Marathas for a brief period, till it came under the colonisation by Europe.

All of these empires have left behind a mark in the form of dams, temples, bridges, citadels, mosques and forts. The forts not only served as a defense for the city, but it was also a mark of prestige and honour for the rulers. Most of the forts were constructed on a hill, which speak volumes about the architectural skill of their time.

Here are nine forts in Gujarat that must absolutely be on your list!

Also known as Arak Fort, the foundation for this fort was laid in 1411. Built in a sprawling 43 acres, Bhadra Fort houses palaces, Nagina Bagh, Maidan Shah and Ahmed Shah's Mosque. The citadel follows Indo-Saracenic style of architecture with finely carved arches and breathtaking balconies. Some of the arches in the fort exhibit some Islamic inscriptions.

A room in the palace of Azam Khan was converted into a Bhadrakali Temple during the rule of the Marathas. The eastern side of the fort has a triple entrance known as Teen Darwaza. A lamp is being lit for the past 600 years in one of the holes of Teen Darwaza by a Muslim family as a dedication to Goddess Lakshmi.

Located in Chamapner, Pavagadh Fort was the palace of the erstwhile Solanki kings. Pavagadh is believed to have been developed by Vanraj Chavda, the Rajput king. Partially in ruins, the fort exhibits architecture of Nagara style.

Pavagadh started out as a strategic centre and therefore, has strong fortifications. The fort walls are ten metres high and date back to 13th century. There are three main gates to this fort and they are Atak Gate, Budhiya Gate and Machi Gate.

This beautiful castle was planned and executed by Khudawand Khan, under the orders of the king Sultan Mahmood, between 1540 and 1546. Much to the chagrin of the people, the architect built the bastions in the Portuguese style.

Khudawand Khan expected attacks from the Portuguese and undertook preparatory measures, such as installing cannons that were brought from Junagadh. The original structure of the fort remained through various kingdom changes, which speaks great things about the strength of the defence.

Located 800 feet above sea level on Roha Hill, Roha Fort is believed to have been built by Thakore Noganji. The fort appears like a temple. Roha has a pleasant atmosphere up on the hill and therefore, was witness to many artistic endeavors. Roha is also called Sumari Roha after the princesses from the Sumara state who took Samadhi here. Several changes were incorporated in the fort during the British rule. Parts of the fort are completely in ruins because of the devastating earthquakes.

This fort was built by Rao Godji to ward off the advances of Mughals and Rajputs and to protect the capital of Bhuj from them. Bhujia Fort is well known for the Bhujang Nag Temple. The fort has witnessed six major battles. A corner of the fort has a small tower, which is a dedication to the Bhujang Nag. Since the majority of the fort is now in ruins, entry to the public is barred except for a day during Nag Panchami fair.

Tera Fort was built by one of the Jadeja chieftains. One of the major tourist attractions in Kutch, it is built on the banks of three lakes viz., Chattasar, Sumerasar and Chatasar. During the war in 1741, the fort was ruined. Further, the earthquake in 1819 did some more damage to the fort. Darbar Gadh, inside the fort is the residence of the Tera chief. However, some of it was restored during the time of Deshalji II.

Established in the 8th century, Kanthkot Fort follows the local architecture. This mammoth fort is made up of huge blocks of bricks and stones. The fort can be entered via a big gate and three smaller gates. There are three temples-Kanthadnath, a Jain temple and a Sun temple-housed inside the fort. There are two large and deep wells and one stepwell in a dilapidated condition inside the fort.

Uparkot Fort was built during the period of Nawabs. The fort wall is 20 metres in height and the fort has a large moat that is 300 feet deep. Although famous for virtual elusiveness, it is said to have been taken over 16 times. Exhibiting all the characteristics of a fort from the medieval era, this fort has distinct battle stations. This follows the architecture style of Hindu Chudsama rulers and Muslim Mohmud Beghda.

Named after Maneknath who helped to build the Bhadra Fort, this is the foundation fortification of the city of Ahmedabad. This 53-feet-high bastion used to have a stepwell called Manek Kuwa, which dried up with course of time due to change of the flow of river Sabarmati. This bastion suffered the brunt of 2001 earthquake and 2002 riots in Gujarat. It was restored in 2003. The descendants of Maneknath perform a pooja and hoist a flag on the foundation day of Ahmedabad every year.